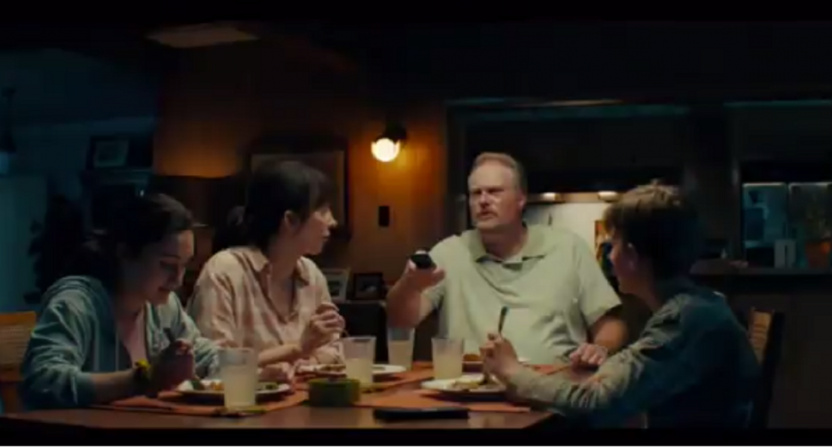 On Thursday afternoon, a carriage dispute resulted in Dish Network dropping Fox, FS1, FS2, and Big Ten Network (and that’s after Dish pulled RSNs in July). According to John Ourand of Sports Business Journal, “Fox executives told Dish Network that it could keep its channels live while negotiating a new deal,” but Dish “rebuffed the offer.”

Source: This morning, Fox executives told Dish Network that it could keep its channels live while negotiating a new deal. Dish rebuffed the offer.

This would be a big thing at any point of the year, but especially during football season in September.

For example, Thursday Night Football between the Green Bay Packers and Philadelphia Eagles is currently taking place on Fox (though the game is also available on NFL Network and Amazon Prime, and for some customers that have an antenna).

And during a TNF commercial break, Fox released a commercial about Dish dropping the Fox channels. The commercial features a family sitting at a dinner table, and talking about no longer having football games to watch on Fox networks through Dish. The commercial ends with a phone number (1-800-KEEP-FOX) and website KEEPFOX.Com, urging customers to drop Dish or put pressure on the provider.

That’s a full-on scripted commercial featuring actors. Compare the Fox/Dish commercial to this impromptu commercial of ESPN firing a warning shot at AT&T customers during the AT&T/Disney carriage dispute earlier this month.

Quite a difference, right?

And Fox didn’t stop with just that TNF commercial. Here’s another scripted commercial that aired during the fourth quarter of TNF:

A message for Dish and Sling customers regarding FOX TV stations, including FS1, BTN, and more. pic.twitter.com/O8hwbcGgrZ

Even school-specific BTN Twitter accounts tweeted out videos about the dispute:

And the Penn State Athletics account even has a video featuring head football coach James Franklin talking about the dispute:

When was that taped? When were the scripted commercials taped? Fox has clearly been prepared for Dish Network pulling the channels for a long while, and they’re now putting on an all-out blitz.

The effort Fox is putting into it should also tell us that they’re truly concerned about the negotiations and dispute. If it continues through the weekend with all of the football games scheduled on the Fox networks (and pennant race baseball games in MLB’s final weekend of the regular season), it’s fair to wonder when an agreement could be reached. And it’s right to be concerned that the answer could be, “not soon.”

One thing we can expect for sure: much more of these Fox commercials putting pressure on Dish during college football, NFL, and MLB games this weekend.