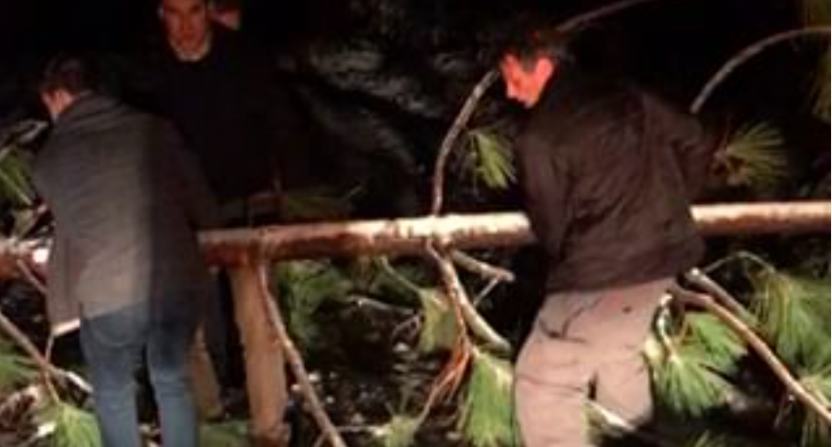 A certain someone likes to say these days that the media is the enemy of the people. Well, don’t tell that to the drivers of Eastern Washington.

You might remember that this year’s Apple Cup was played under some very snowy conditions. In fact, a bus carrying the UW marching band slid off the road and rolled onto its side a few days before.  The band didn’t end up making it to the game and plenty more people were facing rough conditions before, during, and after the game, which was won by the Huskies.

Fox Sports’ and The Athletic’s Bruce Feldman was on hand for the game and has quite the story to tell about what went down afterward. He told the story, which also involves Fox Sports broadcasters Brady Quinn and Joe Davis, on his podcast The Audible with Stew & Bruce earlier this week.

At the end of the night, we left the stadium to go to Spokane, which is usually about an hour and a half drive. It was driving in a blizzard. It was myself, Joe Davis, Brady Quinn, Joe’s Dad…and my sideline producer for the day, Rick. And so we’re driving on what feels like backroads. There’s barely anything that’s gotten…not plowed, but maybe there’s one care that’s gone down the road to lay tracks. And we’re going nowhere. We’re going 10, 15 miles per hour. We might get stuck. There’s cars pulled off to the side of the road.

At one point we’re going down this road and, all of a sudden we see a police car. And he’s got his flashers on and he’s outside and there’s a downed tree in the middle of the road. So we get out and we’re like, hey, let’s go lift the tree up. And we did. There were four of us and Joe documented the whole thing.

It’s true. Our @CFBONFOX crew moved a downed tree from the road somewhere in rural Washington after the Apple Cup. @BruceFeldmanCFB even helped @3rd_Goal and me. pic.twitter.com/eEyyIsjhE5

College football broadcasters and sideline analysts…is there anything they can’t do? Enjoy your ease of travel on a road just outside Colfax, Eastern Washington folks.