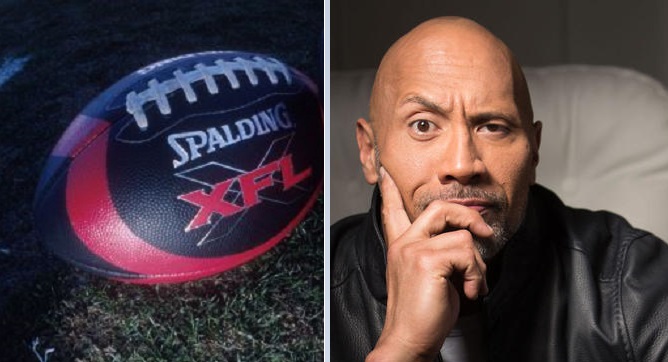 Last week, Sportico broke the story that a group comprised of Dwayne Johnson, Dany Garcia, and RedBird Capital purchased the XFL. The three partners are in for an equal share of the $15 million sale price.

Naturally, however, headlines focused on the most famous of the three stakeholders.

Johnson is currently one of the world’s biggest movie stars and celebrities. His last movie, 2019’s Jumanji: The Next Level, grossed $797 million worldwide and films in which he’s starred during his career have earned $4.85 billion. His social media following is gigantic, with a combined 292 million social media followers across Instagram, Twitter, Facebook, and TikTok. And as a former WWE star, he’s an ideal face for a pro football league founded by wrestling mogul Vince McMahon.

How much Johnson’s involvement influences potential future interest in the XFL versus providing a live sport for networks to broadcast on its airwaves isn’t quite clear. But according to Front Office Sports’ Michael McCarthy, Fox Sports is interested in a TV rights deal with the league if it’s able to move forward with another season.

This lines up with a recent report by The Athletic’s Daniel Kaplan, which said that Fox wanted to maintain its current TV agreement with the XFL, yet under modified terms. (ESPN, meanwhile, wants out of its deal entirely. No word on whether or not the league’s new ownership might change that stance.)

Yet any TV partnership wouldn’t be a typical rights fee deal that networks make with sports leagues. The new XFL would probably have to buy time on a network for game broadcasts and get money from advertising. But can the league get network partners to pay for production costs, as the 2020 version did with Fox and ESPN?

The second version of the XFL suspended operations and laid off all its employees in April when games couldn’t be played during the COVID-19 shutdown. At the time, there were no plans to move forward with a 2021 season. The viability of playing football is uncertain at the high school, college, and pro football levels, so how could the XFL have possibly made any definitive plans. (By the time you read this, college football may have announced the postponement of a fall season.)

No plans for a 2021 season accompanied the announcement of a new ownership group. But conditions may be improved by the spring and the XFL might be able to create a bubble scenario, along with a more made-for-TV product, in which its teams can play. (If the NFL is able to play in the fall, that will presumably have proven a season can be played safely and successfully. But that league will likely also have access to more resources than an upstart venture.)

Related: ESPN reportedly wants out of its XFL TV contract, while Fox wants to modify their contract