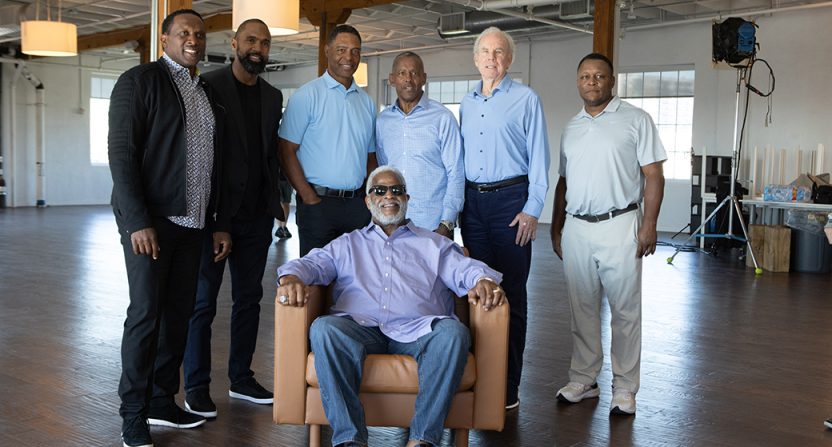 Fox Sports announced that they have acquired the rights to a new documentary about the small group of people who have reached the height of both the college football and pro football world.

The Perfect 10 is a look at the ten players who have won the Heisman Trophy and have been enshrined in the Pro Football Hall of Fame. Tim Brown, one of the ten who have achieved the feat, is an executive producer while four-time Emmy winner Steve Trout, who directed episodes of Hard Knocks and All or Nothing is directing. NFL Films, Hall of Fame Village Media, and H2H Productions are also involved.

When this documentary was originally announced, it was known as The Nine because at the time there were only nine people who did both. Charles Woodson was inducted in 2021 to make it ten, thus requiring a change. In case you’re wondering, 2002 Heisman Trophy winner Carson Palmer will become eligible for the Pro Football Hall of Fame in 2023.

College football and the NFL might take place on a similar looking field but the two games are different and it’s difficult to be at the top of your game in both. Many players were breakout stars in college but for one reason or another fizzled out in the pros while many others were late-bloomers and didn’t really impress in college but became legendary NFL players. Those who have been able to achieve greatness in both is rare.

If you really want to narrow it down, among these ten, just three have won a National Championship and Super Bowl (Allen, Dorsett, and Woodson). Maybe that can be a sequel?

The Perfect 10 will air the week of Super Bowl LVII which will be broadcast on Fox.