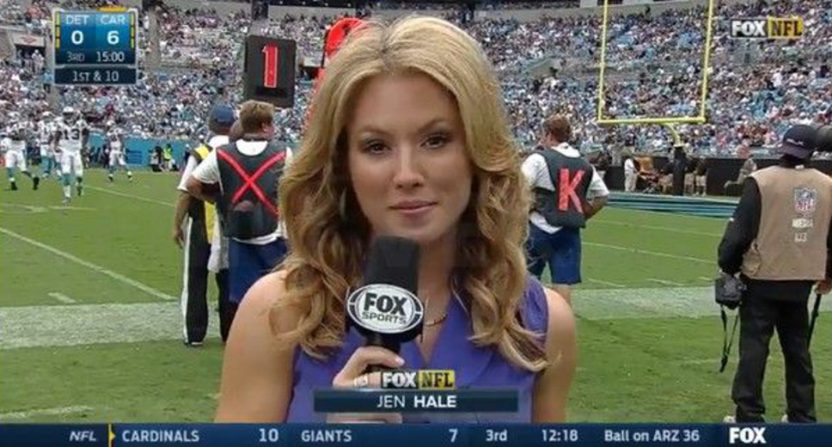 In the summer of 2016, Fox Sports sideline reporter Jen Hale felt she was in great health; she’d even recently done a 100-mile bike ride. But she started experiencing incredible fatigue, sometimes sleeping for up to 15 hours a night. That eventually led to further fatigue, shortness of breath, trouble sleeping, and even missed meetings, but a chest x-ray revealed nothing, so she thought she was fine and kept trying to power through. As Hale told Carly Breit for a Women’s Health piece this week, though, things eventually got worse, and some questions from Fox Sports colleague Ronde Barber and struggles in different airports helped convince her something was wrong:

I had to go from my NBA meetings in New York to Charlotte, North Carolina to cover a football game. As I walked through the airport, I had to sit down at each gate—even rolling my suitcase up a small incline left me extremely out of breath.

Ronde Barber, who was an NFL analyst on my broadcast team, was concerned. “What’s going on with you?” he asked, and he rolled my suitcase for me. Again, I shook it off. Just tired, I assured him.

The next day, Ronde saw that the swelling had risen from my feet to my legs, another symptom I was trying to ignore until I got through the game Sunday. He asked why my legs looked so large. I told him what I was trying to convince myself of—that it was probably a food allergy or maybe even bug bites. “I feel fine, it’s fine,” I said, once again.

After the game, at the airport, a TSA agent asked if I felt okay because I didn’t look good. The swelling had extended to my waist—so much so, I couldn’t zip my skirt up all the way, and had to cover up with a jacket.

That led to Hale, then 38, researching her symptoms on the flight and making an appointment with a gastroenterologist for the next day to see if it was acid reflux. And while that doctor didn’t find anything wrong with her digestive system, he was concerned enough about the swelling to refer her to the emergency room, where they figured out that she had  cardiomyopathy. That disease had stretched her heart out and made it work at just 16 percent capacity. Her family had had a history of heart disease, but it had previously only shown up in male relatives. But this diagnosis led to Hale being given just five years to live if she wasn’t able to get a heart transplant, and that was far from a certainty; she was placed on a transplant list, but that came with no guarantees.

However, Hale was placed on medication that would hopefully help reduce the size of her heart and return it to better working order, and while her doctor recommended she take six months off from work, she said she couldn’t do that because of how passionate she was about her job. Fortunately, they were able to find a way for her to keep working a reduced schedule, wearing a LifeVest device under her clothes that would monitor and shock her heart if necessary. That’s pictured here: 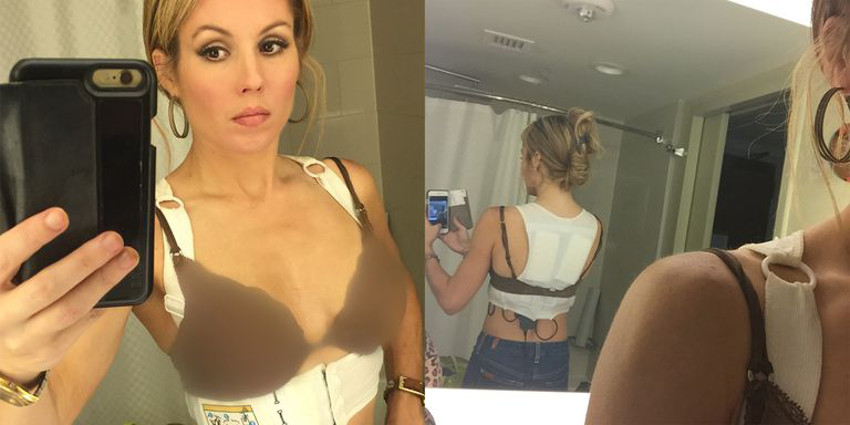 Fortunately, the shock treatment was never needed, and Hale’s heart has recovered well. She told Breit her heart is now at 50 percent capacity, and she was removed from the transplant list this February. It’s remarkable to read this story from Hale, and to see how serious health problems can show up for even those who seem to be in superb shape. And her story is proof that it’s always worth keeping an eye on your health and how you’re feeling, even if it isn’t initially possible to figure out what’s wrong.

It’s amazing that Hale was able to keep working during this time, and it’s great that she’s been able to bounce back from this. She’ll again be a regular presence on Fox’s NFL telecasts this fall, working primarily with Dick Stockton and Mark Schlereth. And she’ll continue her work as a sideline reporter on Fox Sports New Orleans’ Pelicans broadcasts, too. It’s also impressive that she’s not only battled through this tough time, but has chosen to share her story to try and help others.