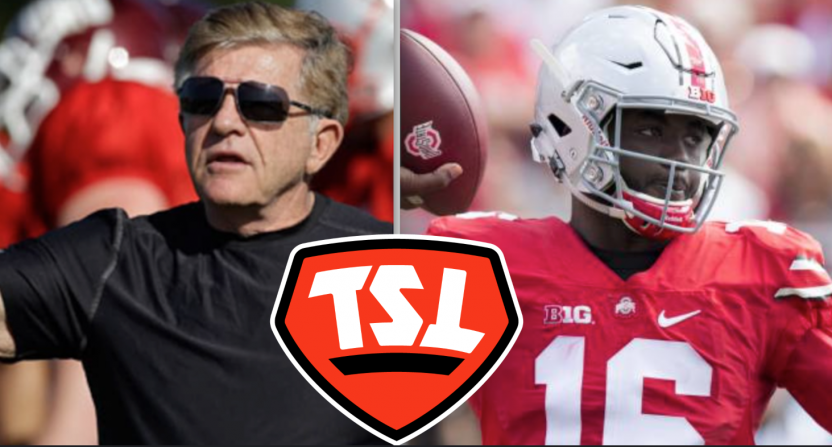 Earlier this month, Fox Sports announced a partnership with The Spring League to televise games from the development football league’s 2020 season this fall on FS1. Now, Fox has announced its TV schedule for the six-team, 12-game schedule that the league will play, along with some recognizable names among coaches and players.

(Yes, we hear you: The Spring League is playing in the fall. But sports seasons are anything but conventional with COVID-19 putting schedules in disarray. The NBA Finals just ended Sunday night — in October. The Masters is going to be played in November. But TSL plans some normalcy by intending to play in Spring 2021.)

The TSL season will begin Tuesday, Oct. 27 with the Conquerors playing the Generals at 8:00 p.m. ET on FS1. The Conquerors will be led by former Houston Oilers and Atlanta Falcons head coach Jerry Glanville. Starting at quarterback for the Generals is Zach Mettenberger, who played at LSU and for three NFL teams, including the Tennessee Titans.

TSL’s six teams will play a 12-game schedule in a bubble environment in San Antonio, with games held at the Alamodome.

The remaining TSL broadcast schedule, with games on Tuesdays and Wednesdays, is as follows, including a doubleheader on Wednesday, Nov. 4. Broadcasts will also be available on FoxSports.com and the Fox Sports app.

The date and time for TSL’s championship game are to be determined. Keeping with the weekly schedule would put the game during Thanksgiving week. Perhaps the league prefers to play after the holiday, though initial plans were for the championship to be scheduled the week of Nov. 23.

Broadcast teams for FS1’s TSL telecasts have not yet been announced. Production details, such as whether or not broadcast crews will be on-site or work remotely, will also be announced soon.

Other names familiar to football fans include quarterbacks J.T. Barrett, playing for the Alphas, and Shea Patterson, under center for the Blues. Among the league’s head coaches will be longtime NFL assistants Ted Cottrell with the Blues and Chuck Bresnahan for the Jousters.

Single-game tickets for TSL games at the Alamodome will be available for the general public to purchase. Otherwise, friends and family of players will be allowed into the stadium on gamedays.

You can see logos and colors for each TSL team at the league’s Instagram page. Details for the 2020 season are also available on Twitter and Facebook.