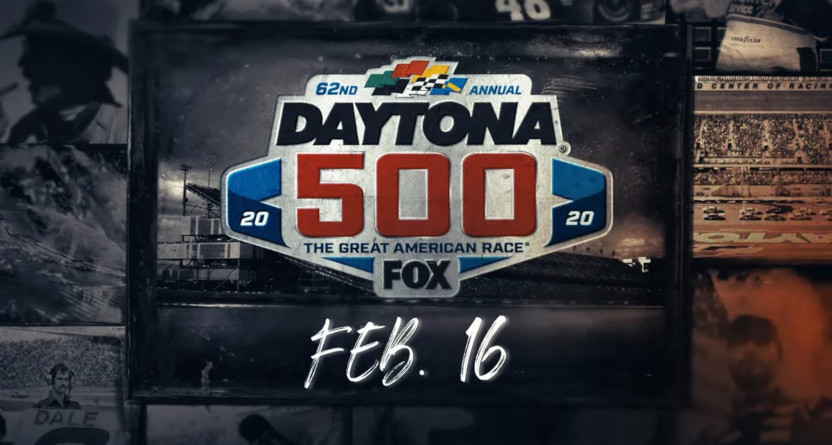 Following 2001, there were plenty of memorable Daytona 500s for Joy, McReynolds, Yocum, and Myers. Myers said one of his favorites came in 2007.

“The 2007 race, with Kevin Harvick just getting past Mark Martin to win, and Clint Bowyer being tried right down at the finish, it had all the great things of the Daytona 500 and NASCAR racing. You had a close finish, you had some really competitive drivers, and then you had the risk reward and the danger and excitement of a crash, but nobody seriously injured, Bowyer was able to walk away from that, that’s certainly one that jumps out.”

McReynolds said that year was memorable for him as well, and he said 2011 also stood out.

“I go back to 2007, with Kevin Harvick and Mark Martin drag racing off turn four, them wrecking all over the place behind them, NASCAR not throwing the caution and Harvick beating Mark back to the line to get his first 500 win. I look at the Wood Brothers giving Trevor Bayne only his second career start in 2011, the Wood Brothers had not won a race in quite a while, and here Trevor, essentially an absolute rookie, gets the Wood Brothers back to Victory Lane in the Daytona 500. I think when you do the biggest race of the year, they all have some special significance, but I think those are the three that probably stand out the most.” 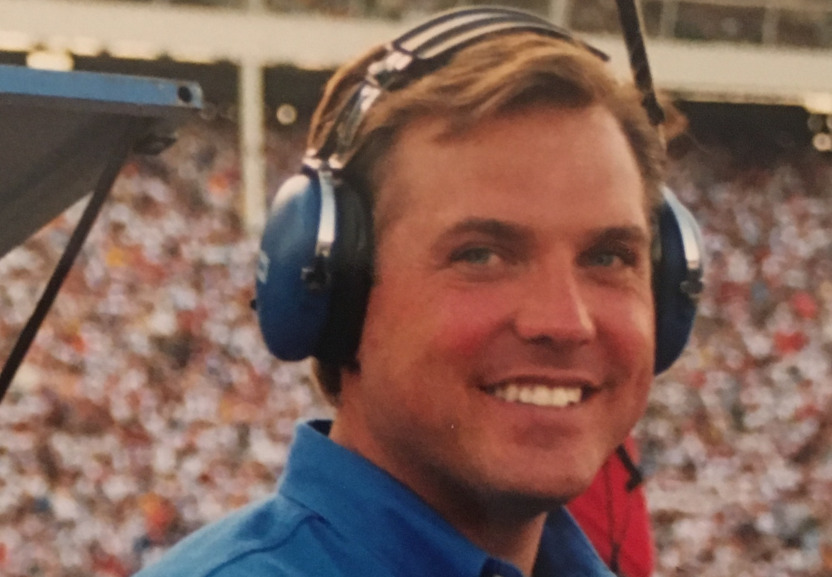 Yocum (seen above in 2001) said Jamie McMurray’s win in 2010 was particularly notable for him.

“You look at Jamie McMurray, who I’ve covered for many years, all the way back to trucks. And if you look at his story and the previous fall, he didn’t have a job going into the New Year. He got a job with Chip Ganassi, went on to win the Daytona 500. And we were in Victory Lane, and I said, ‘You know, this is the dream that every little go-kart kid, go-kart racer dreams about someday happening to him.’ And I said ‘Does reality match the dream?’ And as I’m saying this, you can just see the look go right over his face, you can just see the heaviness of that thought hit him, and he got choked up thinking about all that he has gone through on his journey, from the little kid with his dad in go-kart racing to standing there with the Harley J. Earl Trophy, and forever he’s going to be one of those special men who won the race that’s the toughest to win, the Daytona 500.”

He added that there have been some other particularly notable moments for him.

“When I think of Daytona and our time here with the Great American Race, I think back to to 2003 when Michael Waltrip won in the rain and he jumps up on the pit box. And as they announce it over the PA he runs down into the grass with the fans and I’m out there running with him and so I did the winner’s interview with him with hundreds of fans all around, I had to pull him out of the mosh pit to try to get him in and talk to him about his second Daytona 500 win. You look at Jeff Gordon when he won his third Daytona 500 [in 2005], and I remember at the end of it, I’m like ‘Jeff Gordon has won not once, not twice, but three times, and he heard me and he goes ‘Three, baby!’ So that was fun.”

“Just in general, not only with Daytona but with NASCAR, having what became kind of a hangout for race fans was the Hollywood Hotel, which was our portable studio that would go to the races and we were on scene. And when we would have, and there were quite a few weather delays and rain delays, and I don’t mean like 30 minutes, I mean two to three hours. You prepare to work on the fly, so as a broadcaster, it was enjoyable. And drivers could, because we were right there and they were sitting around waiting, they could come in and spend time with us. So you talk about The Masked Singer, we were like unmasked announcers and drivers. It was out of left field. …Guys would talk about their  heroes or interests, and often those, on Sunday afternoons, in terms of TV ratings, they would outdraw golf or basketball.”