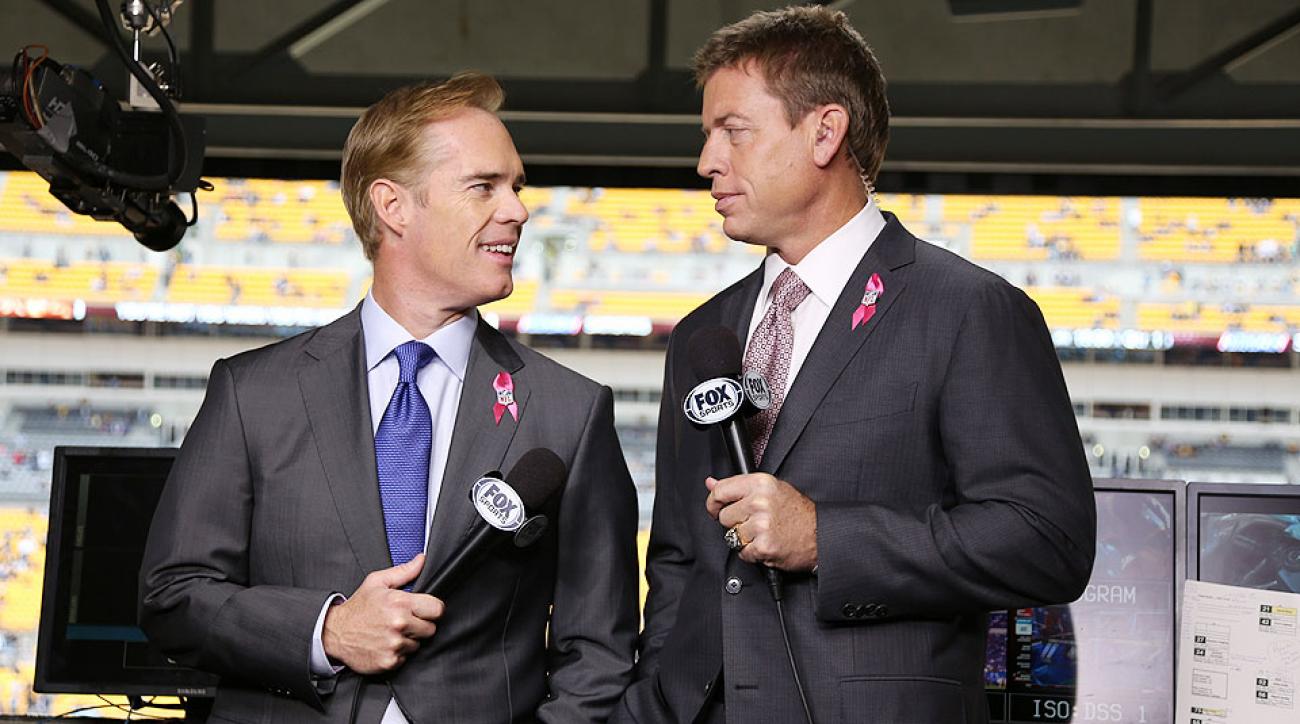 Fox had several changes in store for its 2017 NFL broadcast lineup, including the debut of Jay Cutler on the network’s No. 2 team. Obviously, those plans changed when Cutler decided that he didn’t want to be a retired NFL quarterback just yet and signed a one-year deal with the Miami Dolphins, reuniting with his former offensive coordinator, Adam Gase. So how would Fox replace Cutler on short notice? As could have been expected, Cutler won’t be replaced.

Rather than find another analyst on short notice to team with play-by-play man Kevin Burkhardt and analyst Charles Davis, Fox is moving ahead with Burkhardt and Davis as their No. 2 NFL announcing team with Pam Oliver as the sideline reporter. Joe Buck and Troy Aikman are entrenched as the No. 1 NFL broadcast team, entering their 16th season on the air together. Erin Andrews is the team’s sideline reporter. But Fox shuffled quite a few play-by-play and analyst pairings elsewhere in their lineup.

Kenny Albert is partnered with a new analyst on Fox’s No. 3 team, working with Ronde Barber this season and reporter Kristina Pink. Daryl Johnston, who previously worked with Albert, will now call color commentary with play-by-play man Chris Myers, joined by reporter Laura Okmin. on the No. 4 NFL team.

Analyst Mark Schlereth also joins the Fox Sports NFL crew, making the jump from ESPN. The former NFL lineman will be partnered on the No. 5 announcing team with Dick Stockton on play-by-play and sideline reporter Shannon Spake.

Fox’s final two NFL announcing teams will be made up of Thom Brennaman and Chris Spielman (Peter Schrager reporting), with Sam Rosen and David Diehl on the No. 7 team (Jennifer Hale reporting). Diehl will also be calling college football games for CBS Sports Network, but Fox made it clear that he would still be part of their NFL coverage.

Additionally, Dean Blandino is joining Mike Pereira as a rules analyst on Fox’s NFL coverage. With Blandino now also providing analysis, Pereira will go on the road with the No. 1 team of Buck, Aikman and Andrews for select games throughout the season.

So here is the full Fox NFL announcing lineup:

Fox NFL Sunday stays with its winning lineup of hosts Curt Menefee and Terry Bradshaw, analysts Howie Long, Jimmy Johnson and Michael Strahan, and Jay Glazer providing insider information. Rob Riggle will also be back for picks, while Blandino and Pereira will also be part of the show. Washington Redskins cornerback Josh Norman returns as a regular contributor to both Fox pregame shows.