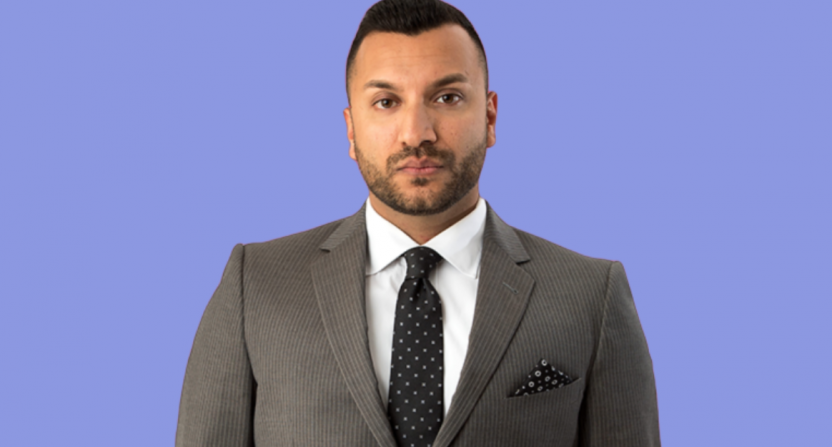 Adam Amin hasn’t been in the Fox NFL broadcast booth since Week 8 and some viewers noticed.

But Amin will be back at the mic for Week 10, scheduled to call the 49ers-Saints game (at 4:25 p.m. ET) alongside Mark Schlereth with Lindsay Czarniak reporting.

Hey @506sports or @awfulannouncing, can one of you guys explain the sudden disappearance of Adam Amin?

So where has he been the past couple of weeks? Viewers probably could have guessed with what’s going on in the world these days, but Amin revealed on Twitter Friday that he’s been recovering from COVID-19.

I was going to type some emotional tweet about how I’m thankful to be back on NFL coverage this week and I am but most of you don’t care and that’s fine.

I’m 33 and healthy and I got COVID and it sucked. It sucked feeling like a truck hit me and having no life in my body.

In a subsequent tweet thread, Amin went on to explain the breathing difficulties he experienced after being infected.

Amin then proactively addressed the certain response from followers who diminish the seriousness of COVID-19 and the need to wear masks in public to prevent the virus’s spread.

In the meantime, have some empathy for your fellow human, in fact for millions who dealt with this and likely will continue to deal with this in some capacity, hopefully a small one, and wear the fucking masks and stop bitching about LITERALLY the least you are being asked to do.

Many of Amin’s media colleagues responded with sympathy and support. Unfortunately, as could be expected in our current cultural climate, several others expressed skepticism and derision toward Amin and what they viewed as preaching. But the broadcaster anticipated that blowback.

“I usually say things nicely, so I apologize if this wasn’t nice,” Amin said. “But I don’t want to feel the way my body felt like that again. And I don’t want you to have to feel that way either. So I say these things in hopes that maybe you’ll minimize the chance you or someone else gets it.”

Amin’s revelation comes amid growing numbers of positive COVID-19 results throughout the country, setting new record-highs each day. Several states are considering lockdowns again, faced with accelerating cases and hospitalizations. This week, the Ivy League announced the cancellation of its winter sports season. Eight college football games scheduled for Saturday have been postponed or canceled.

Related: Fox’s Urban Meyer confirms he tested positive for COVID-19 last week, says he’ll be back to work this weekend