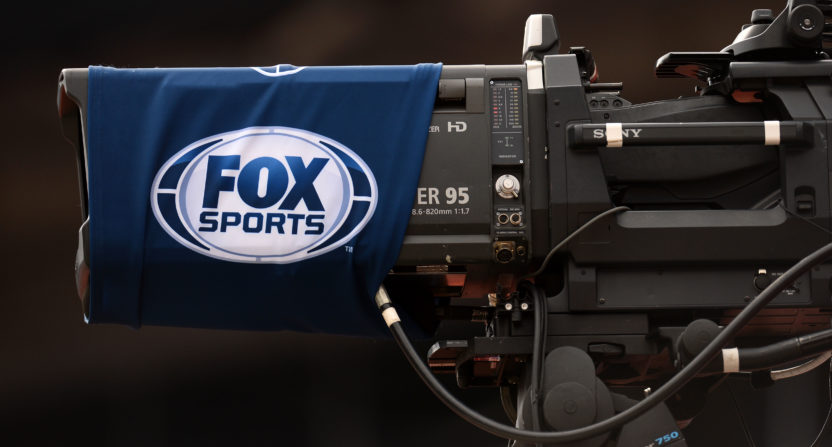 For several weeks now, rumors and reports have swirled concerning Disney’s potential purchase of 21st Century Fox broadcast assets, including several TV channels (but not FS1, Fox News, or the flagship Fox station). On Tuesday, CNBC’s David Faber reported that the sides are “closing in on a deal” and that Fox’s regional sports networks would, in fact, be included.

Fox owns and operates about 20 RSNs across the country, including numerous Fox-branded channels and the New York-based YES Network. These networks claim rights to dozens of MLB, NHL, and NBA teams, as well as local college sports and assorted other properties. Though the RSNs are reportedly quite profitable, John Ourand of Sports Business Journal reports that 21st Century Fox CEO Rupert Murdoch has been lukewarm on them for a while thanks to rising rights fees and declining revenues.

Source says Murdoch has not been high on the RSNs for several years. Same old media story: rights fees rising at a faster rate than affiliate revenue. https://t.co/cqODqsOcoU

So what does this mean? It’s hard to know with details so sparse, but if the deal goes through (which remains a big “if”), Disney will own a regional sports empire to buttress its ESPN properties, nearly 20 years after tabling plans for ESPN West. ESPN would control rights to dozens of teams and could also air, say, ESPN2 content on the RSNs to fill dead time, extend their reach, and save money on local programming.

ESPN could also potentially use the local broadcasts to fill out its forthcoming ESPN+ streaming service, perhaps offering streaming packages to fans in local markets without the need of a cable subscription.

Fox’s motivation for the reported sale seems a bit less clear. Even after Fox’s early-2000s failure to build Fox Sports Networks into a national brand, the RSNs were a cash cow for the company. If Fox doesn’t want profitable RSNs, what does that mean for FS1? It seems that either Fox is moving away from sports, or another shoe will soon drop.

Until more details emerge about this reported sale we can’t fully evaluate its impact. But one thing is entirely clear: if this deal is agreed to, finalized, and approved by the federal government, its impact will be truly seismic for both the sports world and the television industry as a whole.