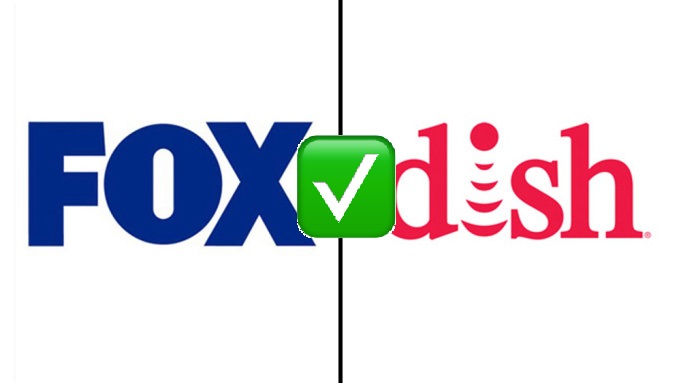 After a week and a half, the carriage dispute between Dish Network and Fox has come to an end. On Sunday, hours before the start of another NFL week, Dish announced that they had reached a long-term carriage agreement with Fox, encompassing the Fox-owned local broadcast networks, FS1, FS2, and BTN.

DISH Network has reached a multi-year carriage agreement with Fox Corporation for its owned-and-operated local stations, as well as FS1, FS2, BTN, Fox Soccer Plus and Fox Deportes.

In a statement, the company said: “We appreciate our customers’ patience as we worked to reach a long-term agreement that restores the Fox networks and local broadcast stations.”

This deal not only applies to Dish, but also the Dish-owned Sling (except for BTN, Fox Soccer Plus, and Fox Deportes, which will remain unavailable on Sling). It’s also important to note that this agreement changes nothing regarding the Fox RSNs (which are no longer owned by Fox, as anyone who keeps up with the sports media world is aware).

The carriage dispute between Dish and Fox was somewhat ugly from the start. Two Thursdays ago during Thursday Night Football, Fox unloaded on Dish with a variety of pre-planned commercials and ad reads. Despite the lack of Dish households tuning out, that Packers-Eagles matchup drew a strong overnight for Fox, though Fox’s Week 4 singleheader had a disappointing Sunday (in what will be the lone Sunday affected by the dispute).

Shit seemed to hit the fan this past Thursday, when NFL Network blacked out the Rams-Seahawks game on all providers (after initially planning on just blacking it out on Dish), meaning that there was no way for Dish customers to (legally) watch TNF this week.

With an NFL schedule this Sunday highlighted by Packers-Cowboys, the New York Yankees and Houston Astros each one win away from the ALCS (which will be televised on Fox and FS1), Oklahoma-Texas next Saturday, and WWE Smackdown debuting this past Friday, it was in the best interest of both parties to get a deal done.

As for Dish’s other carriage disputes, they haven’t carried those Sinclair-owned Fox RSNs since July, Colorado’s Altitude Sports went dark on September 1st, and NBC Sports Chicago had its lights turned out by Dish on October 1st. If you’re an NHL or NBA fan, none of that is good news for you, given that these blackouts cover (by my count) 19 NBA teams and 14 NHL teams.