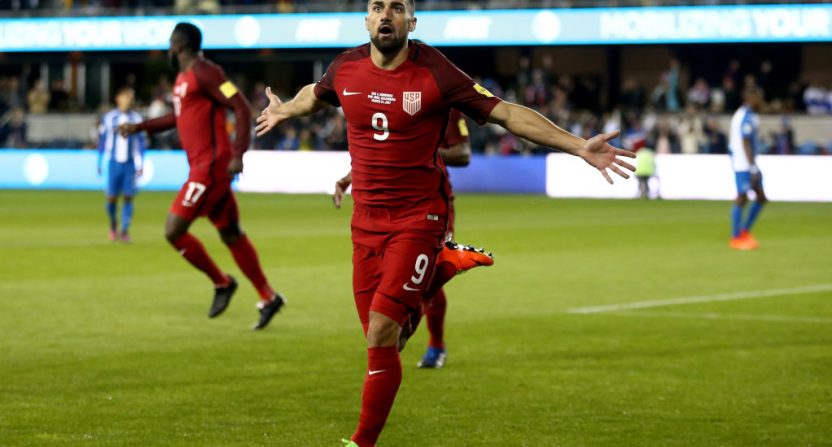 Fans wanting to watch the last two US men’s soccer team World Cup qualifiers had to deal with two different networks with two different distributions. And because of this difference between the two networks, it left fans confused and wondering how they can watch one game but not the other.

Last Friday, the United States faced Honduras in San Jose. Because that was a home game, fans were able to watch on FS1. Under the current MLS contract, which is divided between ESPN and FS1, the two networks also share the US men’s and women’s matches. It’s was FS1’s turn to air the USA-Honduras match and fans for the most part were able to watch without a hitch.

On Tuesday with the US playing in Panama, beIN Sports had the rights to the game. beIN has signed an agreement for all CONCACAF World Cup qualifiers except for those games played in the U.S. and Mexico. And this is where it got dicey for fans to watch. Compared to FS1, which is widely distributed, beIN Sports is available in just one-fourth of the homes as FS1.

Tonight's #USMNT game vs. Panama is on @beINSPORTSUSA which is in 22.7 million homes. FS1 which aired the Honduras game is in 84.16 million.

It’s amazing to think that there’s such a wide discrepancy, but there is. Fans weren’t totally shut out of the Panama-USA game. Some viewers were able to watch in Spanish via Telemundo or NBC Universo, as both networks simulcast the match. Both are available in more homes than beIN. However, there are some fans who were hoping to hear the English-language call and could not.

There were methods to watch online, for instance through beIN Sports Connect and or via Verizon’s go90 app. Still, for those who wanted to view the match on traditional TV, they had to do some work.

beIN has been hoping that the US men’s road games would be a lure to get more cable companies on board, but so far, it hasn’t worked. DirecTV is one major provider that carries beIN, but it does so on a sports tier. Comcast also carries beIN, but not in HD. And before you really start to complain about beIN, just know that it was opportunistic in obtaining the CONCACAF World Cup qualifiers, while ESPN and Fox were not.

In the past, networks had to deal with each country’s individual soccer federation. And some would try to sell their rights at exorbitant prices. Sometimes, it left only a Spanish feed, or in some rare instances, a closed-circuit feed where fans had to go either to a sports bar or a theater to watch.

However, in 2014, beIN and Telemundo were able to buy rights to the CONCACAF qualifiers outside the U.S. and Mexico through a third party (over which Telemundo got into a dispute after one country recently tried to back out of the deal).

But since that deal was struck, it’s caused some major heartache for fans who have had to find ways to watch the U.S. road matches except for those in Mexico where ESPN or FS1 had the rights.

Yet, this current CONCACAF deal remains in place, and as long as beIN fights for distribution, fans will either have to watch the games in Spanish on either Telemundo or NBC Universo or look for alternative methods.

It’s annoying for sure, but until a network with wide distribution steps up in the next contract bidding, we’re stuck with the present situation for the foreseeable future.