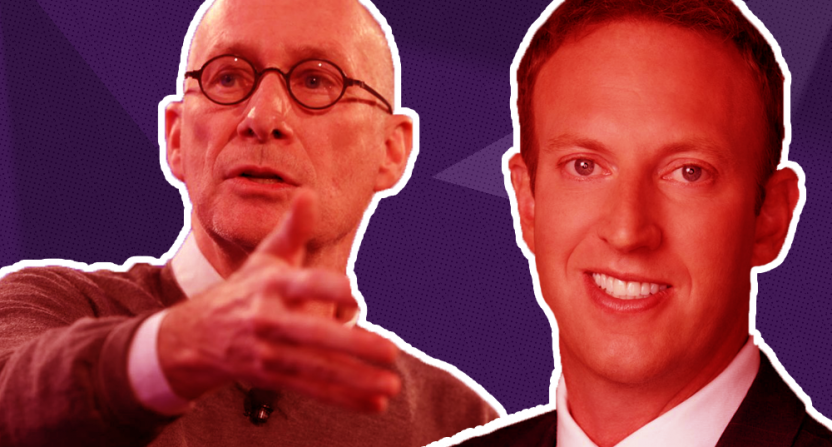 The Jamie Horowitz Era at Fox Sports was full of sound, fury, and video content, ultimately signifying nothing. After bringing the “Embrace Debate” mantra to FS1, he infamously led the “pivot to video” movement that saw so many writers lose their jobs over statistics we later learned were pretty much bullshit. The Horowitz Era came to an abrupt end in July 2017 when he was fired in the midst of an investigation into sexual misconduct. Specifically, he was accused of trying to kiss one of his subordinates without consent and against her will.

Afterward, while Fox pushed forward with the remnants of Horowitz’s vision, the embattled former wunderkind denied the charges levied against him through his lawyer but has never publicly commented, explained, or apologized for any actions. So it comes as a bit of a surprise to some (and perhaps not a surprise at all to others) that Horowitz appears to have found a new high-profile gig a little over a year later.

A little inside baseball in sports media circles – former ESPN/Fox Sports exec Jamie Horowitz is here at the MLB owners’ meetings in Atlanta. He’s been advising DAZN and Chair John Skipper on a new MLB rights expected to be announced today….

Horowitz last night at a thank you dinner for MLB sponsors talked with Fox Sports CEO Eric Shanks for the first time since he was fired from Fox last year. Sources said the reception btw the two was warm. https://t.co/lz6tCmHFoU

It’s unclear exactly what kind of role Horowitz has with the rising sports media company. Without context, it’s not uncommon to see former executives pop up in advisory roles such as this for other companies given the experience and contacts he can provide. Of course, it’s impossible to set context aside in reality, because by all accounts the accusations against Horowitz have never been resolved or explained personally on his part. There’s a line of demarcation between how things worked before the #MeToo movement and how it works since, and powerful men accused of sexual assault can’t just jump back into cushy gigs without having to account for their alleged actions anymore.

Furthermore, DAZN’s Executive Chairman, former ESPN boss John Skipper, who has been front and center as the company has positioned itself as a real player in the coming sports media landscape, is presumably an “ally” to women who work for him. He was given the 2016 WISE Champion Award, meant to celebrate ‘a male executive who has championed women in the workplace.” According to Skipper’s colleague and friend, ESPN CFO and Executive Vice President Christine Driessen,  “John has created an environment at ESPN where groundbreaking and first-time opportunities for women and minorities are not a surprise but rather business as usual.”

Laura Wagner at Deadspin reached out to Skipper to get his side of the story, but he pushed her request to a DAZN spokesperson who didn’t immediately comment on the topic, rather focusing on the company’s MLB streaming deal that dropped Thursday. (That deal is reportedly for three years and $300 million, and is for a nightly highlights/whiparound show.) She then reached out to a Fox Sports spokeswoman after it was noted Fox Sports’ president Eric Shanks was buddy-buddy with Horowitz and got no-commented. Then, unprompted, Wagner says she received a letter from Horowitz’s lawyer Patricia Glaser threatening legal action over any “defamatory” allegations.

For now, it remains to be seen just what kind of capacity Horowitz is working with DAZN and what kind of relationship he has with his former employer. Given the nature of the allegations, you’d imagine that an upstart sports media company would want to avoid any kind of potentially bad PR it can avoid, but then again a quick scan of DAZN’s key executives reveals a room full of dudes. Perhaps the more things change, the more they still stay the same.