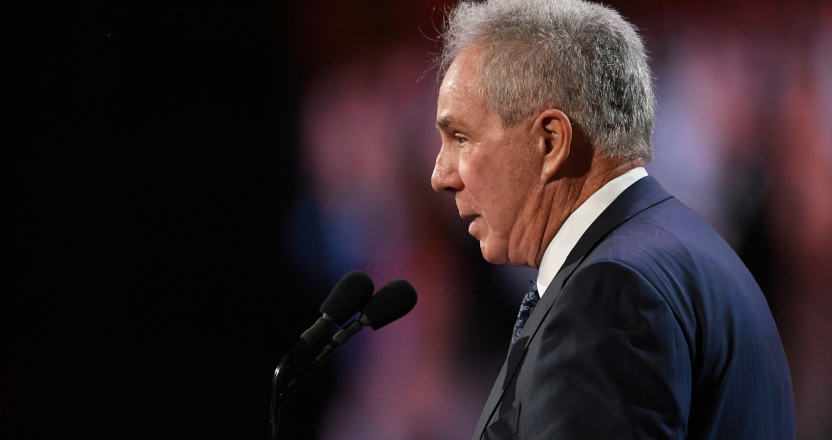 Back in 2019, NASCAR Hall of Famer Darrell Waltrip wrapped up an amazing broadcasting career with his final Fox race in a regular role, the Toyota/Save Mart 350 in Sonoma. But Waltrip is now coming out of retirement for one race in a guest role. As Mike Organ writes at the (Nashville) Tennessean, Waltrip will join long-time play-by-play partner Mike Joy and analyst Clint Bowyer for Fox’s broadcast of the Food City Dirt Race at Bristol Motor Speedway Sunday:

NASCAR Hall of Fame driver and Franklin resident Darrell Waltrip will be back in the FOX broadcast booth on April 17 at Bristol Motor Speedway.

…I’m thrilled to have the chance to drop in and call the Bristol Dirt Race,” said Waltrip, three-time champion and the winningest driver at Bristol with 12 victories. “When FOX first asked me, I was super excited because Bristol is, by far, my favorite track. If I could pick just one race to call, it would be Bristol. The track is honoring Easter with a special celebration service, and we’ll top it off with a great race that evening.”

“I won a few dirt races early in my career, before they did away with the dirt track near me at the time, and I called Prelude to the Dream races at Tony Stewart’s Eldora Speedway,” he said.

“That was a ton of fun. I’m really excited to see how the new car reacts to the dirt. Teams learn a little more about this car every week, and the racing seems to get better and better. I’m sure Bristol Dirt will throw a few monkey wrenches at them and hopefully make for a great race.”

It’s cool to see Waltrip  (seen above accepting the NMPA Myers Brothers Award during the 2019 NASCAR Cup Series Awards at Music City Center in Nashville on Thursday, Dec. 5, 2019) return for another race with Fox. And it’s perhaps particularly special that he’s doing it at his favorite track, and for a dirt race that he’s excited about. There’s certainly some logic to picking your spots for a guest analyst return, and Fox seems to have done that well here.

As Organ notes, this is also part of the wider changes to Fox’s NASCAR broadcasts this season. Analyst Jeff Gordon left for an expanded role at Hendrick Motorsports after last season, his fifth in the Fox booth, and the network’s broadcasts this year has been a little different as a result. Joy and Bowyer have returned, but they’ve been joined by an array of guest analysts in the third slot, including Tony Stewart, Danica Patrick and Matt Kenseth. Waltrip will be the latest guest analyst to join that group. We’ll see how his return to the Fox NASCAR booth is received.