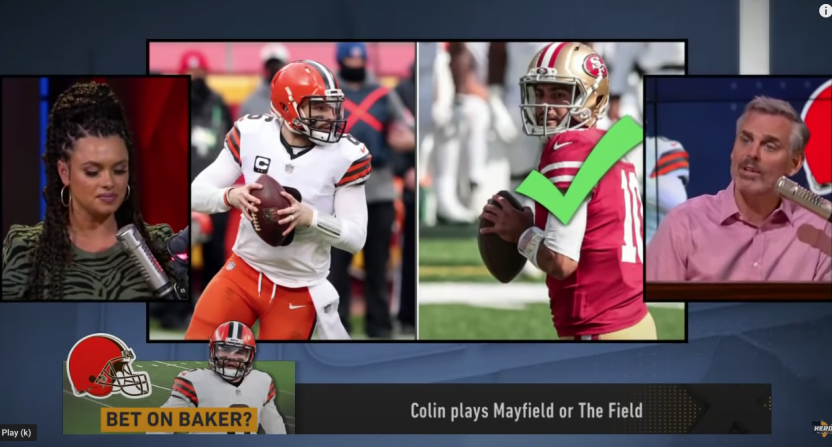 If there’s one thing we like about Colin Cowherd, it’s that he occasionally fesses up about the ugly (and necessary?) inner workings of being a national sports media personality. In 2017, Cowherd explained to his audience that he doesn’t actually have to be right about what he talks about, but just interesting. Sadly, he was and continues to be right on that.

Today, we got another page from the how to bullshit a three-hour national radio show playbook, when Cowherd explained how he picks what fanbases to needle, as seen and transcribed below:

It makes you wonder how many of his listeners in other parts of the country "don't matter enough" to him. ? pic.twitter.com/qix6Dtqnoa

“There’s no money in it for me to get Cleveland riled up. You’re not a big enough city. You don’t matter enough. Like it would be one thing if I was riling up New York, or Chicago, or Dallas, or L.A., or Atlanta, or Philadelphia. Cleveland is like.. is Cleveland even as big as Columbus, Ohio? I don’t think it is, is it?”

Oh Colin. I frankly love all of this. Keep doing this!

Media, politics, business, and so many damn things today are, to borrow a word from professional wrestling-  kayfabe, which means “the fact or convention of presenting staged performances as genuine or authentic.”

Here, Cowherd breaks the fourth wall and shares that he indeed contrives dishonest trolling opinions to piss off people because there’s money it for him, but only does so when the media market itself is large enough for him to warrant the grift. Cleveland (which is smaller than Columbus as a city, but larger as a media market), is not large enough for him to trot out some dishonest take meant to piss fans off there.  Nielsen’s 2021 designated market area rankings have  Cleveland as the 19th-largest media market in the US. All of the ones Cowherd named are in the top 10, as seen below: 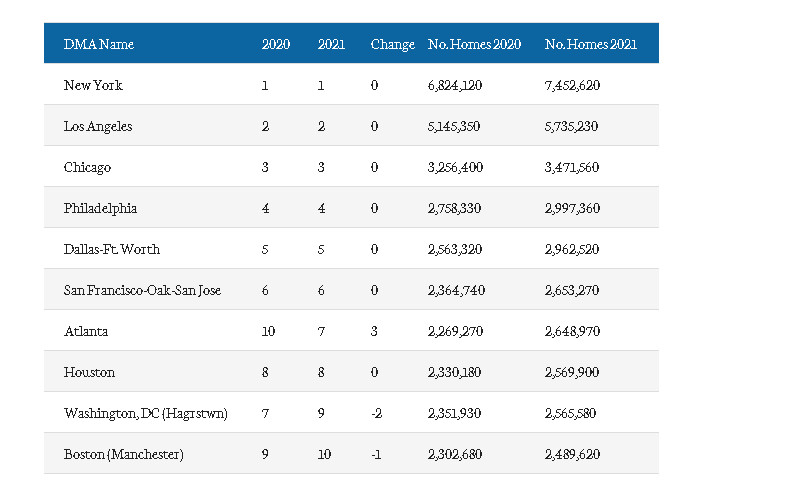 With Cleveland not being big enough, but Atlanta being okay, that leaves us a “Will Cowherd troll you?” bubble of 11-17 that includes Phoenix, Seattle, Denver and others. One day, we should all hope to live in a city that Cowherd deems big enough to troll.

As for the substance of Cowherd’s anti-Cleveland comments, you can see them in the video below if you’re into that type of thing. It’s another round of Cowherd shitting on Baker Mayfield, which is a thing we don’t really need to go through the history of because our time is limited on earth, and it’s a long history of doubling down on stupid comments. A quick glance shows at the video in question seems to indicate that Cowherd has been growing a mustache, and also that he would pick Carson Wentz, Jimmy Garoppolo, Derek Carr, and Kirk Cousins over Baker Mayfield. Fun segment!

While once again we learn that Cowherd is not a fan at all of Mayfield, Cowherd wants us to know that he genuinely thinks the bad things he says about Mayfield. However those hot takes  pointed at larger media markets……THOSE are the ones that he might pulling out of his ass because it helps him earn a pretty cushy living. We appreciate the guidance and candor as always, Colin.