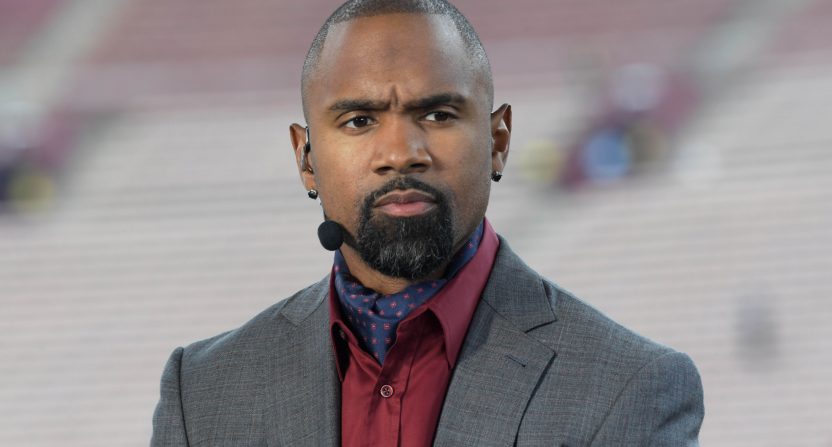 Charles Woodson’s time away from broadcasting lasted for about seven months.

After leaving ESPN in February, Woodson has reportedly caught on with Fox Sports. Sports Illustrated reports that Woodson will be joining Fox and could make his on-air debut as early as next weekend. His role at the network will not only consist of NFL duties, but also college football work.

A former Raider and Packer, Woodson will also appear on FOX NFL Sunday, joining fellow past defensive players of the year Howie Long and Michael Strahan, along with Terry Bradshaw and Jimmy Johnson. That show, which entered the broadcast Hall of Fame this year, has previously hosted other occasional contributors such as active players Josh Norman and Greg Olsen.

Woodson joined ESPN and Sunday NFL Countdown shortly after his retirement in 2016. He was replaced on Sunday Countdown this summer by Tedy Bruschi, and on Monday Countdown by Louis Riddick. But all in all at ESPN, he was just sort of another guy that was in the picture and didn’t make the impact that many expected upon his hiring.

At Fox, his role seems to be a bit more focused. The SI report seems to indicate that he won’t be involved every week, in most every segment, on both of Fox’s pregame shows, which could make his appearances more nuanced and interesting (as long as he’s used correctly, that is).

Woodson also adds another BIG COLLEGE NAME~~!!!! to Fox’s Big Noon Kickoff, a talking point that has been beaten to death since the show was announced months ago. Adding one more name to the panel isn’t going to change much (because let’s be honest: a Michigan fan isn’t going to suddenly tune in because Charles Woodson is there along with several other players or coaches you dislike), but it’s at least consistent with Fox’s plan for the pregame show.