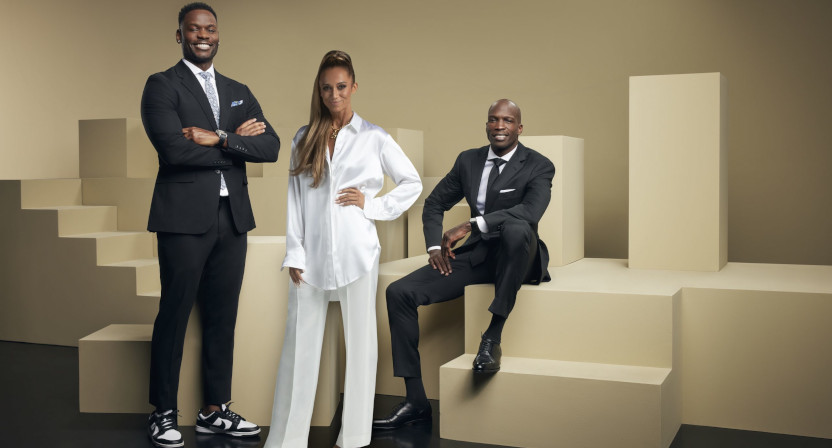 For the 2022 FIFA World Cup this November and December, Fox will be featuring a different cast on nightly show FIFA World Cup Tonight. At the 2018 men’s World Cup in Russia, they had Fernando Fiore host that show with a nightclub vibe and a live DJ, and that took a fair bit of criticism (especially compared to ESPN’s highly-praised evening show at the 2014 World Cup). This time around, Fox will have two familiar faces in Kate Abdo and Maurice Edu, and they’ll have a new face with former NFL wide receiver Chad “Ochocinco” Johnson. The three regular hosts will also be joined by a rotating guest analyst each night.

⭐️ALL OF THE LIGHTS ⭐️

Here’s more on that from Fox’s release:

Starting on the evening of Monday, Nov. 21, FIFA WORLD CUP TONIGHT will air on FOX at midnight across all time zones during the tournament. The show will also air on FS1 at 11:00 PM ET on most weekdays throughout the competition. On select match days, including Thanksgiving, Nov. 24, Black Friday, Nov. 25 and the FIFA World Cup Final on Sunday, Dec. 18, the show will premiere at 7:00 PM ET on FS1.

David Neal, Executive Producer of FIFA World Cup™ on FOX and Vice President of Production for FOX Sports, applauded the addition of the marquee trio to the network’s blossoming broadcast team.

“We’re thrilled to be putting an absolute exclamation point at the end of every match day with FOX Sports’ star-studded FIFA WORLD CUP TONIGHT team,” said Neal. “Kate, Mo and Chad bring expertise, experience and originality to FOX Sports’ nightly coverage of the tournament, and we look forward to having them, along with a few surprise guests, raise the level of excitement in recapping all the action for viewers across America.”

This is an interesting mix. Abdo is a known factor, as this will be her fourth World Cup as a host with Fox (she also filled that role at the men’s World Cup in 2018 and at the women’s World Cups in 2015 and 2019), and she’s hosted countless other big soccer properties at Fox and elsewhere (including the UEFA Champions League for Turner and then CBS). Edu has also been working for Fox since the end of 2018, and he contributed to their women’s World Cup coverage in 2019, but this will be his first men’s World Cup as a Fox analyst (he appeared in the tournament as a player with the U.S. in 2010). And Johnson is a wild card; he’s long been known for his love of soccer, and he even had a four-day trial with MLS’ Sporting Kansas City in 2011 and played for Boca Raton FC in the NPSL in 2018 and 2019, but working as a soccer analyst is going to be new for him. We’ll see how this group comes together and how the end product turns out.