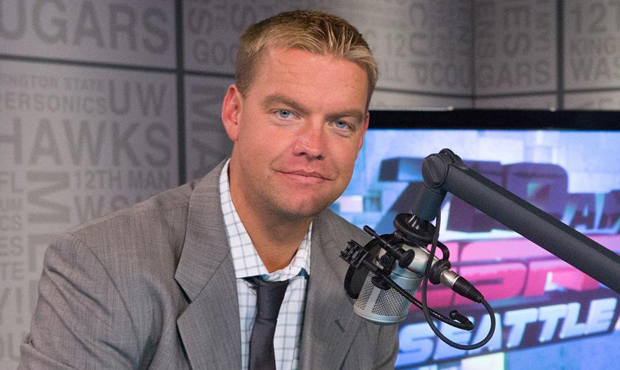 Everything lined up perfectly for Brock Huard.

The 43-year-old former NFL quarterback’s contract with ESPN was up this summer, and Fox Sports was ready to offer something he couldn’t refuse. Huard had spent 12 years with ESPN, seven of those with mainly the same producer, director and TV truck, which is unique for the industry. But that was changing this summer; play-by-play voice Bob Wischusen was still there, but the crew’s director Jimmy Platt got the same position at Monday Night Football.

“After a lot of stability for a bunch of years, the team kinda got blown up this offseason,” Huard told Awful Announcing.

So when his agent Gideon Cohen came to Huard with an offer of working on Fox’s No. 2 crew alongside Joe Davis, with Davis’ former partner Brady Quinn joining the network’s new big pregame show, it was a no-brainer. Huard said it was appealing to get to work with Davis and longtime producer Bo Garrett, and to be more entrenched in the western part of the country.

“And then I think more than anything, just the juice and the energy of where Fox is going, that they’re attacking it,” Huard said. “It was pretty obvious and pretty evident, even when I talked to my friends and peers at ESPN, that there’s no question about this. Leaving the personal relationships, I think, in anything we do is hard, but professionally there was simply no doubt.”

Huard was bounced around a bunch of different time slots and game windows last season with Wischusen on ESPN and ABC, and Fox should provide some stability with a slate of Pac 12, Big 10 and Big 12 games.

“At ESPN, with the massive amount of games that they do, we didn’t know week to week,” Huard said.

And as you can imagine, traveling to a lot of southern and eastern college towns from the Pacific Northwest can be a logistical nightmare.

“Jimmy Platt looked at the whole portfolio of the last few years, and I think the last seven years that our crew was together, the two most frequent stops were Tallahassee and Happy Valley,” Huard said. “And from Seattle, I think I get to Tokyo faster than I do both those locales. So there won’t be any more of those trips.”

With Fox focusing on getting the best games in the noon eastern, 9 a.m. Pacific window with Gus Johnson and Joel Klatt following their big new pregame show at 11, Huard expects a lot of 4 p.m. eastern or primetime slots on Fox and Fox Sports 1.

“Getting the chance to do Utah and USC and Oregon and Stanford and to see some of these top-tier teams and to look at what could be on the schedule for me,” he said, “this is going to be the best slate of games that I’ve ever had in 12 years I’ve been doing this.”

And then there’s the chance to work with a legit star in Davis. When Mark Jones had a family emergency on a Friday before he and Huard were supposed to call a Middle Tennessee State-Mississippi State game on ESPNU in 2012, Davis stepped up and really impressed.

“He just crushed it,” Huard said. “I just sat with him for a couple of hours and you could see him just absorb a massive amount of information. And to me, that is what the best guys that sit in that seat do, kind of like Peyton Manning when I backed him up for two years. I would sit there and go ‘how is that possible? But I think the great play-by-play guys absolutely do that, and Bob Wischusen did that in his dual capacity calling the Jets and college football. And no question Joe does that with the Dodgers and what he does in college football as well.”

Huard has also been in the industry long enough to know that who you’re partnered with is a huge indicator of your standing within a given network.

“You realize that who you are paired with and the trajectory of that crew,” he said, “and all of those things work.”

Huard will still keep his morning Brock and Salk radio show (with Mike Salk) in Seattle on ESPN 710, though he’ll be looking to split some of his duties as he gets acclimated to Davis and his new Fox life. It seems like the biggest concern for Huard is replacing Quinn in the wardrobe department, which is doubly hard because Huard is colorblind.

“Severe. Red-green, blue-purple, you name it,” he said. “My wife’s an interior designer and decorator, so thankfully. Like if it was me, we’d be in big, big trouble.”

Huard said there are other big-time broadcasters who are also colorblind, though he declined to name them for their privacy. Aside from putting on clothes that match well, he doesn’t really get hampered by his impairment in the booth.

“Thankfully there’s always a dark team and a light team. So that’s never come into play. I’ve tried to use that as an excuse for interceptions back in the day, but that doesn’t fly.”

The only time Huard was really tripped up was the infamous 2015 Thursday Night Football “Color Rush” game between the Jets and Bills, where New York wore green and Buffalo wore red. That was rough for Huard and many other colorblind fans.

“That was real screwy for me,” Huard said. “I watched that in my hotel room and I said uh-oh. If this is a new trend, we may have some issues here.”

All in all, Huard is quite pumped to call his first Saturday game of the year this weekend when Northwestern visits Stanford Saturday at 4 p.m. Eastern on Fox.

“We had our seminar at Fox a couple of weeks ago, and you go from a team of 25 or so different broadcast crews, ESPN is just a massive amount of crews, to one that has a fifth of that,” Huard said. “And it’s just a different, hands-on, personal, totally different environment. And kind of at this stage, it was just the right time to tackle this. And I couldn’t be more excited to get it going.”