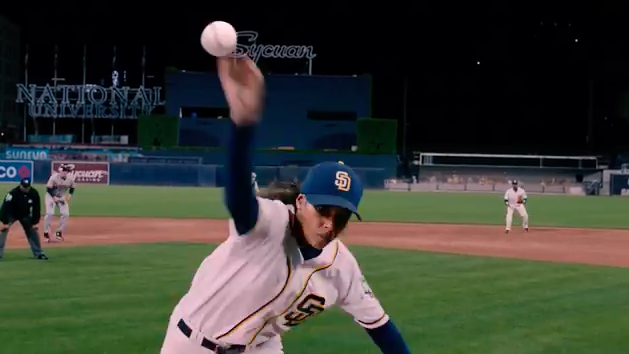 It seems like it’s harder than ever before for new primetime network television series to break through with the proliferation of Netflix, Hulu, and other streaming services. It seems like it’s especially harder if you’re not a legacy series, a remake, or some iteration of NCIS.

However, when the Fox network launched “Pitch” last year, the new primetime television series seemed to have a lot going for it. Not only did it have a unique premise centering on Kylie Bunbury playing the first female Major League Baseball player, but it also had the official backing of Major League Baseball with official teams and stadiums available for use. Combined with Fox’s cross-promotion during the postseason and World Series, the series seemed to be set up for success. And did we mention that it also starred Mark-Paul Gosselaar! Any series with Zack Morris has to be a winner, right? (Shout out to all of you Franklin & Bash fans reading this right now.)

And yet, after just one season in the books, Pitch is no more. Individuals involved int he series revealed the news on social media.

I'm sorry to tell you that @PITCHonFOX will not be getting a second season. #Pitch

I was informed today that #Pitch won't be getting a 2nd season on Fox. Obviously we're all crushed – thank you to our amazing fans…

It wasn’t looking good for Pitch after its debut season as Fox did not initially commit to renewal and left the future of the show hanging in the balance. It’s a shame, too as the show received very good reviews. On Rotten Tomatoes, the show carried a 93% positive rating amongst critics and an 83% rating amongst fans. While those are outstanding numbers, they aren’t the most important numbers.

Given the popularity of sports in this country it’s perplexing why dramatic series about sports don’t find wider success. Friday Night Lights was a popular series that has many devoted fans, but was seemingly always on the verge of cancellation. And for Pitch to not even get a crack at a second season is disappointing given how much potential it had and how great it could have been for Fox and MLB.

Maybe if the network had given it another season, it could have grown and developed an audience over time given the positive reviews and seemingly wide appeal. Alas, unless it’s revived somewhere else by another outlet, that chance isn’t coming.