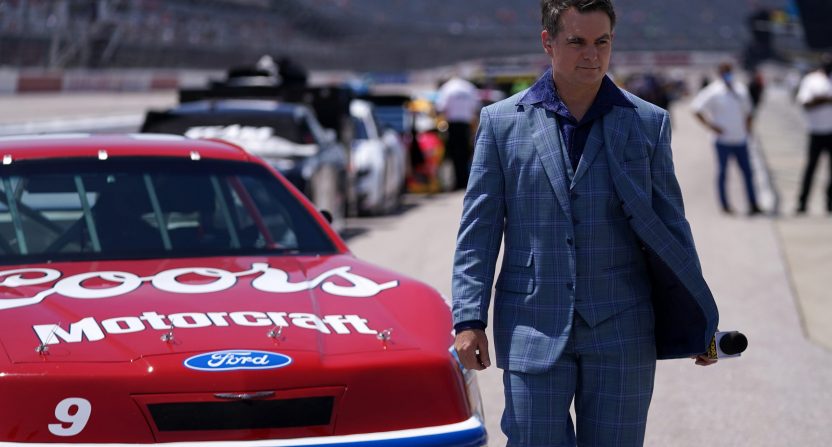 As rumored earlier this month, Jeff Gordon is officially leaving Fox Sports for a more advanced role with Hendrick Motorsports.

On Wednesday, Hendrick announced that Gordon would be joining as vice chairman.

As vice chairman and co-owner, Gordon will maintain a daily presence at Hendrick Motorsports with a focus on the organization’s competition and marketing groups. The Vallejo, California, native will report to Hendrick and work alongside president Marshall Carlson and general manager Jeff Andrews. In addition, he will join Hendrick on NASCAR’s team owner council and assume Hendrick Motorsports’ seat on the sanctioning body’s diversity, equity and inclusion committee.

The company’s statement also revealed that Gordon will continue his work at Fox through the end of 2021.

Gordon also released a statement to Fox about his decision.

“I cannot thank the entire FOX Sports family enough for the incredible opportunity I’ve had over the past six seasons,” Gordon said. “I’ve come to truly appreciate the responsibility of bringing the sport to our fans and the tremendous work that goes into our broadcasts each and every week. I’m certainly going to miss it, but I will forever be grateful to FOX for the experience and for the trust they’ve placed in me. It’s been a privilege to work with such a talented group of people.”

Fox’s statement about Gordon’s departure was brief, wishing him luck with his new role.

Fox has yet to announce their plans to replace Gordon. Their current deal with NASCAR runs through 2024.