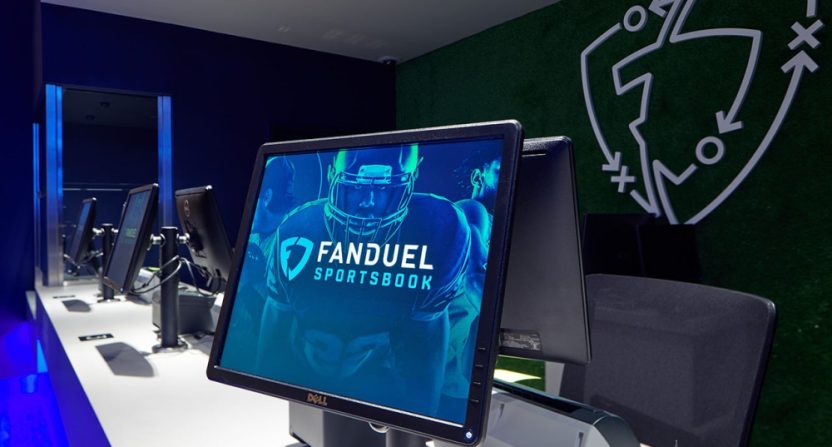 A year and a half after Fox brought Flutter to arbitration over Fox’s option to buy into the Flutter-owned FanDuel, we have something resembling a resolution.

In April of 2021, here’s what was written by CNBC’s Alex Sherman about the dispute.

Fox wants to acquire an 18.6% stake in FanDuel at an $11.2 billion valuation — the value set when Flutter acquired a 37.2% stake in FanDuel from Fastball in December. But Flutter has argued Fox must pay “fair market value” to exercise the option in July. That price could be determined by a FanDuel initial public offering, which Flutter is considering. If FanDuel isn’t spun out by July, Flutter has said that banks will determine FanDuel’s fair value. That value is likely to be higher than rival DraftKings’ $25 billion market capitalization, given FanDuel’s higher market share in key markets.

In 2019, when Flutter bought The Stars Group, Fox had the option to buy 18.5% of FanDuel. Eventually, that led to the dispute about the valuation of the company and whether or not Fox even had a valid option to buy in.

Per the Sports Business Journal, it’s been resolved – Fox does indeed have the option, but FanDuel’s valuation is much higher than the value at the time Flutter acquired FanDuel.

When Fox filed the suit, it asked the arbitrator to rule, first, if it has a valid option to acquire 18.6% of FanDuel. The arbitrator ruled that Fox has a 10-year option — until December 2030 — to buy that stake. Fox then asked the arbitrator to determine a price, and the arbitrator valued FanDuel at $22B, saying Fox had to pay $3.72B with a 5% annual escalator. “Fox has no obligation to commit capital towards this opportunity unless and until it exercises the option,” Fox’s statement says. That means that Fox can wait 10 years before buying that stake, which at that point would be priced at $6.06B.

The ruling also sheds some light on the future of Fox Bet, mainly that Flutter does still need to fund it, but isn’t required to fund it at the same level as FanDuel. Fox still retains the option to buy a a stake in 50% of the operations of Fox Bet, and if they don’t, either Fox or Flutter could “terminate the Fox Bet business.”

In its arbitration filing, Fox asked the arbitrator to determine if Flutter has to spend as much money on Fox Bet as it spends on FanDuel. The arbitrator ruled that Flutter still has to fund Fox Bet, but it is not obligated to fund it at the same level as FanDuel. Fox Bet operates in four states. FanDuel is live in 16 states, with three more set to launch by early next year. The ruling adds clarity on the path forward for Fox Bet, which has failed to break through in spite of Fox’s brand and heavy promotion on its pre-game shows.

Fox has until Aug. 23 to exercise its right to purchase up to 50% of the operations of Fox Bet, its Super 6 free-to-play game and PokerStars US, which also was included in the Stars acquisition. It would need to become licensed as a U.S. bookmaker in order to increase the stake it holds now. Should Fox opt not to exercise those options, either side has the right to terminate the Fox Bet business. Flutter would retain ownership of Super 6 and PokerStars, while the use of the Fox Bet brand reverts to Fox.

Ultimately, it seems like the arbitrator’s decision will suit both parties to a degree. Fox keeps that option for the rest of the decade, but it’ll cost them way more than they wanted to spend – and it’ll only get more expensive as the years roll on.