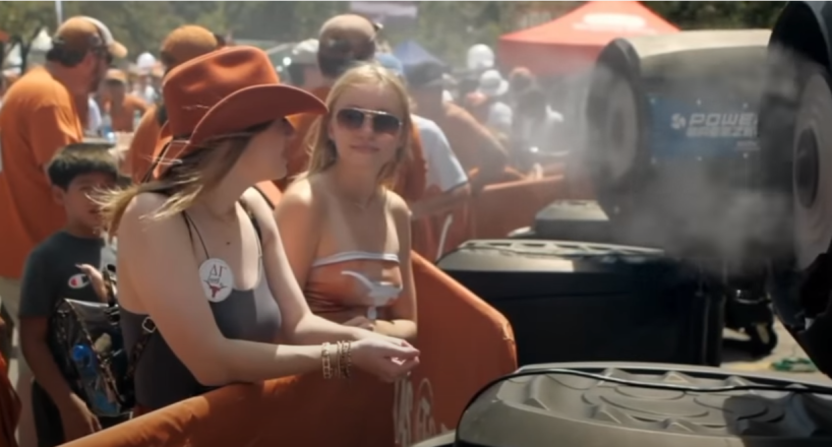 Monday, Fox announced at their annual upfront presentation that they would be the broadcast home for Alabama vs. Texas on September 10. We had previously written about this scenario being likely back in March as Fox has the first pick of Big 12 games this year and Texas hosting Alabama would likely be viewed as their top overall choice.

The reason this was newsworthy then and is even more so now is that as most media-savvy college football fans know, Fox airs their most prized game each week at noon Eastern….no ifs, and, or buts. Fans mostly hate this for reasons we’ll get into in a bit, but that hate is much more valid and ratcheted up for early-season games where the possibilities of extreme weather are more of a factor.

From our article back in March: 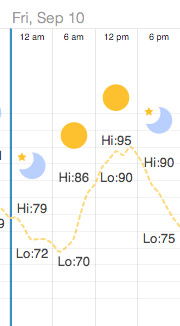 The reasons why Big Noon is mostly loathed amongst fans is that it does affect the local economy with less tailgating and food and beverage sales around the stadium with less hours before the game. Additionally less people are able to drive or fly in the day of the game (including recruits and family members of players) so it nixes the game to many who can’t take off work on a Friday to ensure they get to the game in time.  And in this particular the case (if it does come to fruition), it’s going to be HOT.The weather last year on September 10th in Austin….yikes!

Going back nine years, I can find only two other noon games ET in Austin. Last year there there was a Texas Tech game at noon but it came towards the end of the month when it’s usually a bit better in terms of the heat.  There was also a Sept 2 game vs. Maryland in 2017 which the Longhorns lost with reports being that the field temperature was well over 100 degrees. The bulk of home games for Texas, and especially in September, usually kicked off at night with a few afternoon games.

So while Fox didn’t technically announce the noon ET kickoff time yesterday that fans were hoping to avoid, the confirmation of that reality seemed to come from a pair of Fox Sports CFB personalities.

It's LITERALLY in the name https://t.co/2CB7x1yl6O

Reactions were fast and furious.

.@_delconte please use your once-in-a-lifetime veto with FOX if they put Bama/Texas at 11am

Fox please go rewatch the Texas vs Maryland game that was an 11AM kickoff. Total the amount of injuries due to the heat on both sides, and rethink what time Texas vs Alabama should kickoff at?

That heat and humidity would make the game unbearable to attend in person.https://t.co/Kq6ir7kWSt

#Texas fans are signing a petition to force Fox to change the kickoff time for the #Alabama game. #thatshoulddoit pic.twitter.com/KeodJX9ydt

Fox has not yet announced a kickoff time for Alabama-Texas, but it typically airs its premier game at 11 a.m. CT.

Despite the outrage (which is probably going to hit a new high watermark for this and other big games this season), complaints about Big Noon have fallen on deaf ears as fans, conferences, and schools have complained in the past. Oklahoma even cited Fox’s Big Noon as a reason it was leaving for the SEC.  It doesn’t matter. Fox pays a ton for these games and schedules them to optimize ratings, not fan sentiment.

Oklahoma and Texas will soon be free from their dreaded Big Noon obligations (ESPN/ABC will likely continue to schedule them there occasionally, mostly for lesser matchups). But for the rest of the Big 12 and Big Ten, it’s really up to their commissioner and the ADs to negotiate some rules about noon kickoffs and other concerns (some coaches and programs have been adamant they should not be playing on Friday night and competing with high school football). The Pac-12 is in the same boat with the bulk of their games kicking off around 10:30 ET when most of the country is heading to bed.

All of these scheduling moves are made because networks are trying to maximize ratings, which means they are juggling other games they’ll broadcast as well as other networks’ games they want to avoid. Negative fan reaction or inconvenience just isn’t a factor at all in these scheduling decisions. The complaints are certainly valid but unless leagues and schools bake any protections or limits about these scheduling nuisances into their TV deals, this is what you’re going to get.

That said, the temperature for Texas-Alabama, and other early-season Big Noon games, does have the capability of damaging not only the environment for the game but also the quality of the game itself, given the number of potential heat-related injuries and weather delays. Looking at how this went four years ago when Fox did Big Noon in less swampy Maryland in early September, there is probably a decent case to be made that the juice might not be worth the squeeze ratings-wise.

I remember being at Texas vs Maryland 11AM kickoff, Tom Herman’s first ever game at Texas. Players started dropping like flies with injuries due to the heat. Bottom line is, it’s not good for the players.

I’m at the Texas-Maryland game. It’s on rain delay and the concessions are either closed or sold out. It’s 50k people smushed together in the concourse and it’s sweltering heat.

This is an SOS. Please send help. #SOS

Despite the Maryland game experience of 2018, Fox is substantially more invested and excited about their Big Noon concept now and is likely to remain unmoved by fan sentiment, administrator comments, weather delays, and injuries.

At the end of the day, Fox rarely blinks or even really acknowledges growing public criticism, especially if they can make money. As long as that second half stays true, any petition or backlash will just continue to fall on deaf ears.