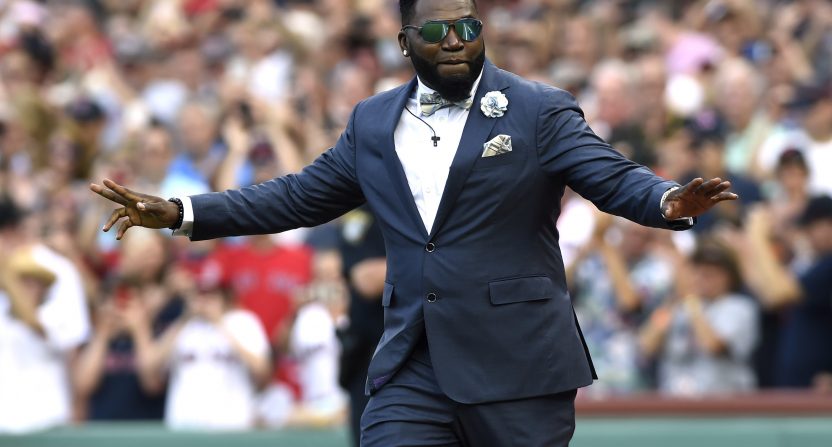 Last fall, Fox tabbed David Ortiz (along with Keith Hernandez) to replace Pete Rose on its postseason baseball studio coverage, hoping to capitalize on the former slugger’s charisma and popularity. The result was a fun, loose, jokey show full of banter and hijinks.

Fox seems to have liked what it saw from Ortiz, announcing Monday it has signed him to a multi-year contract as a studio analyst. Big Papi will contribute to the network’s MLB coverage during Spring Training, the regular season, and the postseason, beginning with the All-Star Game next month.

“Big Papi brings a level of excitement and knowledge that balances nicely with Alex, Frank and Kevin,” Fox Sports president John Entz said in a release Monday. “David is incredibly likable and has unbelievable postseason experience. And we think we’re set in the hitter department.”

Ortiz makes sense for Fox on a few levels. Over the past few years, the network seemed to prioritize big names with long resumes for its studio panels — bringing in A-Rod, Rose, and Frank Thomas — and Ortiz certainly fits with that trend. The 10-time All-Star racked up Hall of Fame numbers (541 career home runs plus 17 more in the playoffs) over a 20-year career, while establishing himself as one of baseball’s most famous players thanks to his postseason heroics and outgoing personality.

That personality itself is also surely part of the reason Ortiz appealed to Fox as a regular studio presence. The network’s postseason coverage in particular has generally assumed a light-hearted tone, with nearly as much back-slapping and wise-cracking as actual talk about baseball. By hiring the ever-affable Ortiz, Fox is doubling down on that model.

Fox announced Monday that it will reunite most of its Emmy-winning 2017 postseason studio team for the coming playoffs, with Papi again joining Rodriguez (whose new deal at ESPN reportedly allows him to work for Fox in October), Thomas and host Kevin Burkhardt. It’s unclear whether Hernandez will again be part of the group or whether Fox will return to a four-man panel.

UPDATE: Per Andrew Marchand of the New York Post, Hernandez has not been asked back to Fox’s postseason coverage, meaning this fall’s show will feature only Burkhardt, Rodriguez, Ortiz and Thomas.

“It is disappointing, but it was a good experience,” Hernandez told the Post.