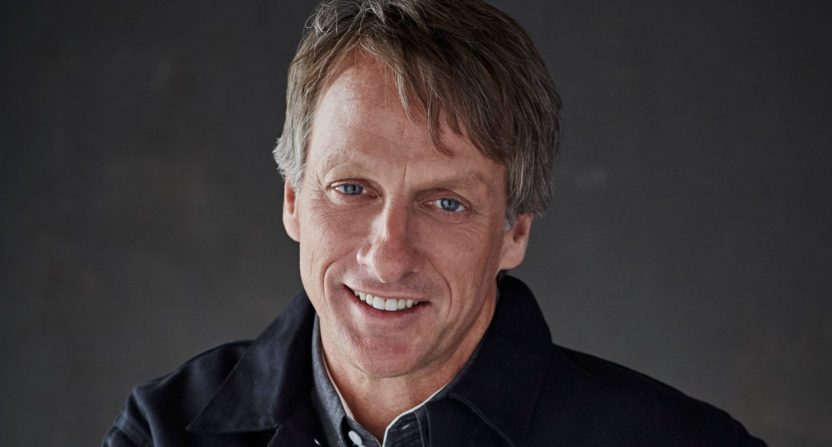 Tony Hawk is 53 now. That’s a weird fact on a few levels; for one, 53 almost feels young for how long he’s been in the public consciousness thanks to being the first star skater, his eponymous video game series, and more.

On another level, though, 53 feels old considering he still just seems, well, like Tony Hawk. Just this week he was surreptitiously calling skating events at the Olympics over Instagram while criticizing the presentation, right up until he was shut down by DMCA. (The ultimate skater move: doing skating-related activities until the authorities show up!)

Tony Hawk is live on Instagram right now just showing the Women’s Park Finals from his laptop. He’s both giving understandable commentary AND talking about how poor the #NBC broadcast angles are. We have to do better than this for skateboarding.

Now, Variety’s Adam Benzine reports that a documentary about Hawk’s life and career is in the works. Produced by the Duplass brothers, the film is set to debut at film festivals in the fall, before a wider release next year.

“We’ve been quietly working on this one for a few years,” producer Mark Duplass told Variety. “We are floored with the unmitigated access Tony has allowed us to his life and his fascinating relationship to the sport.”

The as-yet-untitled film will focus on the life and career of the 53-year-old ‘Birdman,’ and is being directed by filmmaker-photographer Sam Jones (“I Am Trying to Break Your Heart,” “Lost Songs: The Basement Tapes Continued”).

“I’ve been a skater my whole life, so this film is a passion project for me and I am excited to find a good home for it,” said Jones.

Further details of the doc are yet to be unveiled, although a fall festival launch is anticipated, ahead of a wider release in 2022.

According to Hawk himself, the film is entirely shot, with just the editing and post-production process remaining.

Hawk told Variety: “We have already shot everything for it, it’s just in the editing process. I definitely wanted to give them as much footage and interview as possible.”

The film marks the second collaboration for Hawk and Jones: the skateboarder previously appeared as a guest on the first season of “Off Camera with Sam Jones,” the filmmaker’s interview-format TV series.

Considering the length of Hawk’s career and the many ways he’s managed to influence both sports and pop culture, he’s a natural candidate for a documentary, and the production team behind the camera has a strong record as well. Hopefully the finish product can make a solid meal out of those ingredients.