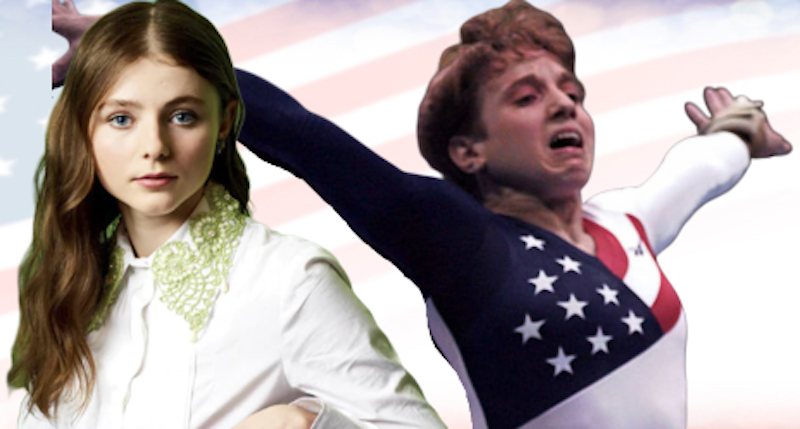 Just over a year after a Kerri Strug biopic stoked a bidding war among movie studios, an actor has been cast to portray the gold medal gymnast.

As first reported by Deadline’s Justin Kroll, Thomasin McKenzie will play Strug in the upcoming film titled Perfect. The movie will be directed by Olivia Wilde (Booksmart), who called the screenplay written by Ronnie Sandahl (Borg vs. McEnroe) the “best script I’ve ever read.”

Sandahl’s screenplay is based on Strug’s memoir (written with John P. Lopez), titled Landing On My Feet, A Diary of Dreams. The story will follow Strug’s memorable performance at the 1996 Summer Olympics, during which the 18-year-old led the U.S. women’s gymnastics team to a gold medal despite a severely injured ankle.

Strug had to be carried to the podium during the medal ceremony and was taken to a hospital afterward to treat her ankle for tendon damage. She became a national hero for her performance, celebrated on a Wheaties box, the cover of Sports Illustrated, and a SportsCenter ad campaign. Strug also appeared on several talk shows and Saturday Night Live, and even met President Bill Clinton.

McKenzie, 20, might be best known for her role in 2019’s Jojo Rabbit as Elsa, a Jewish girl hiding from the Nazis in a German family’s attic. Her breakout role was in 2018’s Leave No Trace as a young girl who lives in an Oregon forest with her father, an Iraq War veteran who suffers from PTSD.

How much of the gymnastics action will be performed by McKenzie or whether a stand-in will be required for those routines isn’t yet clear. (McKenzie is reportedly 5-foot-5, compared to the 4-foot-8 Strug.) Perhaps archival footage will be used for those moments. No one has yet been cast as Strug’s coach Bela Karolyi, or the casting hasn’t been announced.

Though Wilde is likely familiar to most as an actor (House, Richard Jewell), she’s establishing herself as a director after her coming-of-age comedy Booksmart drew good reviews in 2019. She’s currently finishing Don’t Worry Darling, a drama about a 1950s housewife who discovers that the company her husband works for is hiding some disturbing secrets. That film stars Florence Pugh (Midsommar), Harry Styles, and Chris Pine.

Production for Perfect is expected to begin in early 2022. Searchlight Pictures (now part of The Walt Disney Company after the Disney-Fox merger) won the rights for worldwide distribution of the film.