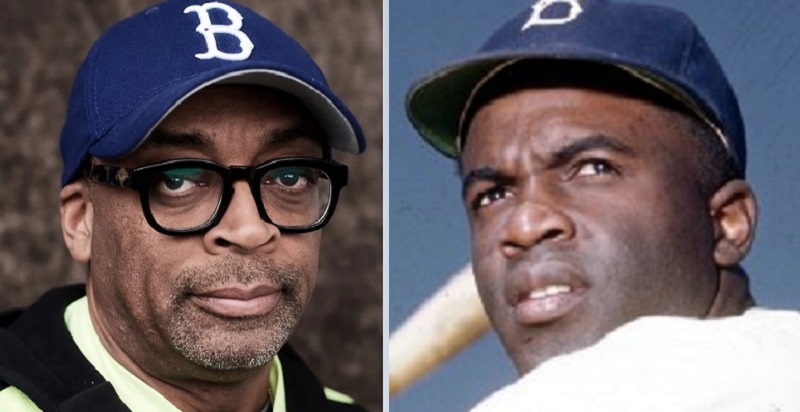 In 1995, Spike Lee was developing a movie about Jackie Robinson. The hope was to have the film ready in 1997, the 50th anniversary of Robinson breaking baseball’s color barrier with the Brooklyn Dodgers. Lee wanted Denzel Washington to star as Robinson.

Lee never got to make that movie. (And a different Robinson biopic, 42, made it to theaters in 2013.) But on Sunday, 25 years after Lee thought he’d get to make his passion project, the acclaimed director gave film and sports fans who wanted to see his take on the Robinson story the next best thing. He put the script for his unmade Robinson film online for everyone to check out.

Here is the link to the script, titled Jackie Robinson.

“We’ve all had a lot of time to think about stuff — a life — what happened, what didn’t happen, and I began to think about one of my dream projects,” Lee said in an Instagram video recorded from his New York City home, underneath a poster of 1950’s The Jackie Robinson Story.

I Dug Deep Into Da 40 Acres Vault And Pulled Out This Script From One Of My EPIC Dream (Never Got Made) Projects-JACKIE ROBINSON. You Do Not Have To Be A Baseball Fan To Enjoy. This Script Is A Great American Story. Be Safe. Peace,Light And Love. And Dat’s Da “Brooklyn Dodger”Truth, Ruth. YA-DIG? SHO-NUFF [click the link in the bio]

The story begins with a 53-year-old Robinson at home with his wife, Rachel. His eyesight is failing and Rachel reads him a telegram from a Detroit woman who says she’d be willing to give up one of her eyes for him. The Jackie Robinson Story is playing on TV that night and as Rachel watches, Lee’s film goes back to Robinson’s days at UCLA and begins its story.

Lee goes on to explain that this was the fifth draft of the script, written in 1996 (which drew a smile). The title page of the script says “Winter Edition,” implying that this draft was completed later in the year. At that point, would Lee’s Robinson film have made it to theaters in 1997? Presuming that the project still wasn’t in pre-production, probably not. Of course, that wouldn’t have been a deal-breaker. 42 was released 66 years after Robinson debuted with the Dodgers, not a milestone number.

But the longer it took for the film to be made, the older Denzel Washington would’ve been for the role. Had Lee been able to begin production in 1996, Washington was 42 years old. There’s a nice symmetry to that, considering 42 was Robinson’s jersey number. But Robinson was 28 when he played his first game in the major leagues. (Chadwick Boseman was 34 when he portrayed Robinson in 42.)

Also, at 159 pages, Lee was aiming for a two-and-a-half-hour film, applying the general rule that one page of script equals one minute of screen time. (By comparison, 42 was a two-hour, eight-minute film.) That’s not quite as epic as Lee’s nearly three-and-a-half-hour Malcolm X, but only four of Lee’s 22 feature-length movies — She’s Gotta Have It, Crooklyn, Girl 6, and Oldboy — run less than two hours.

Lee did get to make a short film about Robinson in 2019, an extended ad for Budweiser. That’s obviously not the biopic Lee had in mind. But people can get an idea of his vision by reading that unproduced screenplay. It’s quite a gift for Lee diehards, movie lovers, and sports fans to enjoy while so many of us are living in quarantine during the COVID-19 crisis.

Judge for yourself; is this the best sports movie that was never made?