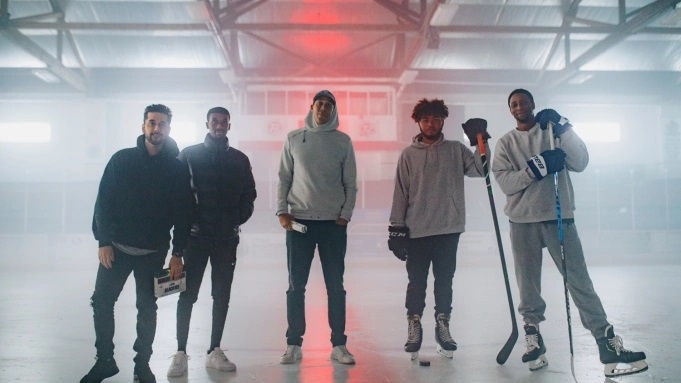 Prior to next week’s release of the Black Ice documentary, a lawsuit has been filed regarding the film’s intellectual property rights.

Per the New York Post, ex-NBPA head Billy Hunter is suing LeBron James, Drake, Future, Springhill, and Uninterrupted Canada. Hunter alleges he owns the rights to the Colored Hockey League, which is featured in Black Ice. He’s seeking $10 million in damages along with profit sharing.

Billy Hunter, former longtime head of the NBA Players Association and ex-federal prosecutor, is seeking a share of profits from the documentary as well as $10 million in damages, in an explosive complaint filed in Manhattan state Supreme Court that alleges he holds the exclusive legal rights to produce any film about the Colored Hockey League that existed from 1895 to the 1930s.

“While the defendants LeBron James, Drake and Maverick Carter [LeBron’s business partner] are internationally known and renowned in their respective fields of basketball and music, it does not afford them the right to steal another’s intellectual property,” says the suit filed by Hunter’s attorney, Larry Hutcher.

In the lawsuit, Hunter accuses defendants who include four-time NBA champion and MVP James and “Nice for What” singer and Canadian Drake and their entertainment companies of cutting a deal behind his back with the authors of the critically acclaimed book that the documentary is based on — “Black Ice: The Lost History of the Colored Hockey League of the Maritimes, 1895 to 1925.”

The authors, George and Darril Fosty, are also listed as defendants, citing breach of contract for allegedly violating the agreement giving Hunter the rights to produce a movie on the black hockey league and instead working out a side deal with Team LeBron and Drake.

The suit says Hunter paid the authors a total of $265,000 for the movie rights to the story.

Hunter initially acquired an option for Black Ice in March of 2019, a full year and a half before other producers reached out. Earlier this year, Hunter paid to retain the Black Ice rights.

About 18 months later in October 2020, Hunter received a phone call from George Fosty, who told him the authors had been approached by other producers who wanted to do a documentary based on the “Black Ice” book — Vinamy Virmani and Scott Moore of First Entertainment.

The First Entertainment reps said in a Zoom call they were working with James and his Springhill company to obtain the rights to produce a “Black Ice” documentary and had received partial financing from the Canadian Film Fund for the project.

But Hunter “unequivocally stated that this was a passion project of his, and he had no interest in selling his exclusive option or any portion of his rights” to anyone else, according to the suit.

He also paid the Fostys $250,000 in February 2022 to retain “exclusive worldwide rights” to any “audiovisual” adaptation of the “Black Ice” story.

Features on Black Ice have also been created by sports networks, including by ESPN a decade and a half ago and NBC in 2021.

Black Ice is scheduled to premiere on September 10th at the Toronto International Film Festival.