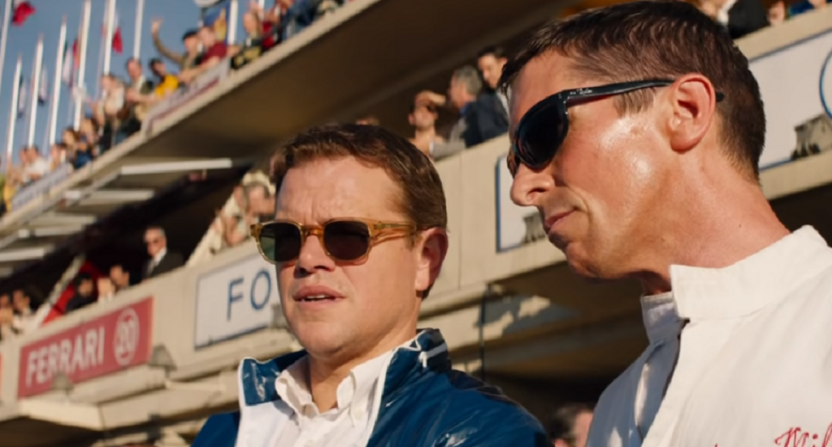 Ford v Ferrari is a fascinating film on just about every level. Movies like it don’t really get made anymore. A self-contained, PG-13 period piece about auto racing (Le Mans, too, not Talladega) with a $100 million budget exists in the ever-shrinking Hollywood middle class.

It’s actually one of the last Fox movies left over from before the Disney deal was officially official, too, which is a nice bit of irony as Disney’s growing empire is one of the main reasons films in this stratosphere are disappearing. It’s also headlined by two legitimate A-list actors in Christian Bale and Matt Damon, which is maybe the only way Ford v Ferrari gets made to begin with. It’s also the second middleweight period piece aimed at adults featuring two A-list actors to come out this year, but the similarities between this film and Once Upon A Time In Hollywood… don’t run much deeper than the surface.

That isn’t to say Ford v Ferrari is a bad movie; it’s actually very entertaining, a well-acted and well-made 2.5 hours of big studio production we don’t get much anymore. The whole thing feels of another time, as though someone found an unseen script from 2004 and decided to make it in 2019. It sits somewhere between sports movie and character study, and though it hints a few times at wanting to be the latter, in the end it’s clearly the former.

As a sports movie, though, it has some strengths. For one, it’s telling a legitimately interesting story that isn’t household knowledge, giving the audience enough of the history to contextualize the events without weighing the whole thing down heavier than Henry Ford II himself. The central characters were all real people, but not the kind of celebrity that forces an actor into an impersonation.

That means we get things like Tracy Letts as Ford, playing the titan of industry as someone who both wants to be out of his father’s shadow while also possessing a deep love and respect for the company his family built. One standout scene with Shelby and Ford plays at first as a standard bit of slapstick vehicular intimidation and then becomes something much deeper. It’s a standout performance, and could end up getting Letts nominated for an Oscar.

The cast as whole is solid, but in addition to Letts, it’s the dual lead turns from Damon and Bale that make (and made) the film. Bale has the more expressive part, giving us Ken Miles as a temperamental genius, a diva driver who can’t get out of his own way. There’s not a ton we haven’t seen with that kind of character, but Miles manages to portray a man who simply is who he is, and whose gifts and confidence translate to building cars and driving them. It’s just what he’s made to do; he’s still a good dad and a decent husband, but he’s built to be behind the wheel going very, very fast.

Damon’s Shelby, meanwhile, is the same kind of man, except a heart condition means he can’t get behind the wheel anymore. Shelby, one of the most famous American car builders ever, offers Damon the chance to play a man who can’t do what he wants to most, so he’s doing the next-best thing. He’s much less showy, but he and Bale have natural chemistry together (which we famously almost saw once before), and the Shelby-Miles friendship is the backbone of the film.

It has to be, because there’s not much else there. We don’t get a lot of Shelby’s life beyond the car industry, and while we do get some glimpses of Miles at home, there’s not a ton of depth to them. Thinking about it, it’s striking how few scenes we get with just one character; whatever inner life we get from the characters should probably be credited to the actors themselves.

If Bale and Damon weren’t really good, this movie wouldn’t be either; along with Letts, some solid performances from the rest of the cast, and a few fun driving scenes, it’s nothing we haven’t seen before from a sports movie structure, albeit with some different beats near the end.

But they are really good, and Ford v Ferrari is a good film, trading in a slightly lower ceiling for a much higher floor. (The A+ CinemaScore was earned, as was the win at the weekend box office.) It’s not groundbreaking, but it tells a good story well. That’s not as common as it should be.