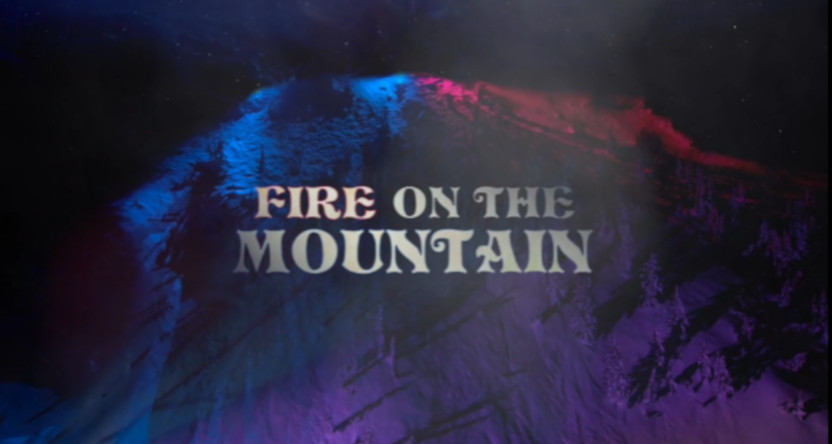 Bill Walton’s time as an ESPN commentator has led to a lot of memorable moments, and that makes it pretty fitting that a Walton-narrated film (with a Grateful Dead soundtrack!) is now going to air on ESPN and ABC. “Fire On The Mountain,” a film by Chris Benchetler focusing on various extreme sports athletes, will air on ESPN Wednesday, Oct. 28 at 8 p.m. ET, and will also air on ABC November 22 at 4 p.m. ET. Featured athletes include skiers  Benchetler and Michelle Parker, snowboarding’s Jeremy Jones, Danny Davis,  and Kimmy Fasani, and surfer Rob Machado.  Here’s a trailer:

And here’s more from ESPN’s release:

The film’s title is taken from the Grateful Dead song “Fire On The Mountain,” off the band’s album “Shakedown Street,” released in November 1978. Mickey Hart and Robert Hunter collaborated to create the song, which was first performed live at Winterland on March 18, 1977. The film also opens with a new original composition by the Grateful Dead’s Mickey Hart and Zakir Hussain called, “In The Beginning There Was Fire”.

Walton said: “Recently, while shadow boxing the apocalypse, and wandering the land, I came upon the creation of the world, and the birth of fire. I quickly spiraled round and round, and was immediately sucked into the vortex of Fire On The Mountain —The Movie. It has become a harmonic convergence of the highest order, bringing together the best of the best of the best—of everything, with as fine a group of young, dynamic, action-figure super-heroes, as there is in the known universe. Like me, they love the edge, nature, the groove, rhythm, sport, and the culture and rhythmic beat of the Grateful Dead. The new young guys asked me to speak. I channeled everyone and everything I’ve known in my now 53 years with the Grateful Dead. Mickey Hart, there from the beginning, led a responsive charge to my call to action. The result is Fire On The Mountain—The Movie, as great a project and team, driven by glorious purpose and song, as I’ve ever been a part of.”

…“This is a project of people, places, and conditions all woven together, gaining momentum and adapting as Mother Nature orchestrates her plans—going with the snow, following the swell,” said filmmaker Chris Benchetler. “The Grateful Dead’s improvisational style lends itself to that same flow. Letting a moment in time and space take over, collectively sharing that experience, while the music blazes its course. This project has been about the appreciation for Earth, self-discovery, open-mindedness, and the improvisational jam of life. We’re so excited for it to be airing on the home of sports, ESPN.”

This is a bit of a departure for ESPN, to be sure, but extreme sports films (and extreme sports documentaries, including HBO’s Momentum Generation and its featuring of Machado) have drawn solid audiences for decades now, and this is a lot less far-out than some of what ESPN has aired. And Walton’s narration gives them an excellent connection to their usual programming. And that Walton quote fits well into the long line of great Walton quotes. So for those who enjoy The Bill Walton Experience, this definitely seems worth watching.