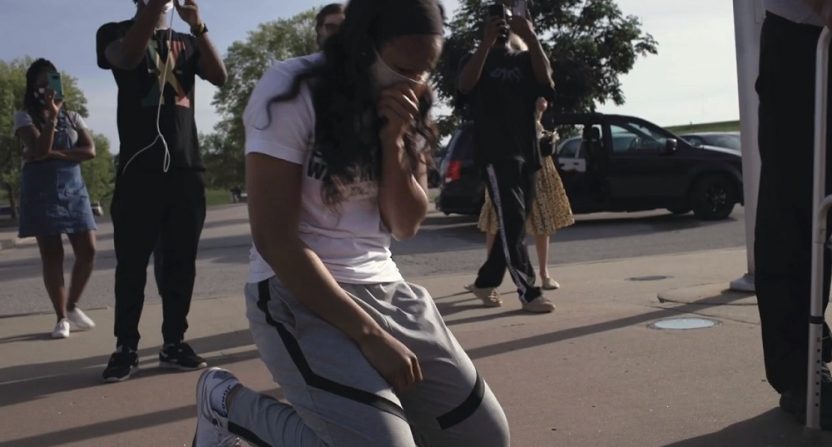 On Wednesday, ESPN announced their latest 30 for 30 film.

Breakaway, which will premiere on July 13th, spotlights Maya Moore, her voluntary sabbatical from the WNBA, and her quest for justice regarding the wrongful conviction of Jonathan Irons.

Here’s a trailer of Breakaway, directed by Rudy Valdez.

And here’s a description of the film from ESPN’s press release.

Directed by Rudy Valdez, the documentary explores the story of Moore, who was one of the best basketball players in the world when she stepped away from the sport for a remarkable reason: to fight for a man she believed was wrongly imprisoned. In 2019, after four WNBA championships, two Olympic gold medals, a WNBA MVP award, three All-Star MVPs, and a scoring title, Moore decided to take a sabbatical from basketball at the age of 29 to devote herself full-time to working for the release of a man named Jonathan Irons, who was wrongly convicted of burglary and assault and sentenced to 50 years in prison. “Breakaway” chronicles a search for justice, and a relationship that changed the lives of two people forever.

Valdez previously directed a doc called The Sentence, which focused on his sister Cindy’s 15-year sentence for conspiracy charges and mandatory minimum drug sentencing. He won a 2019 Emmy for Exceptional Merit in Documentary Filmmaking for the film.

Breakaway premieres at 9 PM on Tuesday, July 13th on ESPN.