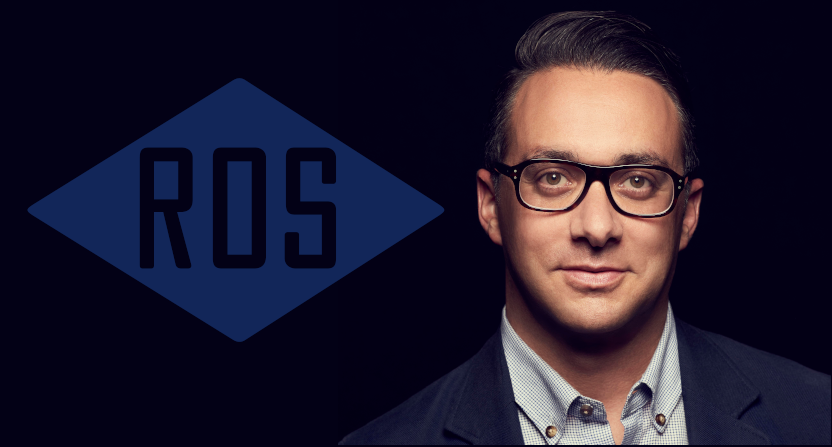 Religion of Sports continues to add some big names. In January, they brought in Ryan Stowell to lead their scripted department, and in February, they added execs EJ Laratta (who leads their focus on strategic partnerships) and Melissa Radzimski (who leads their digital strategy and helms a short-form sports/culture documentary team). They’ve now brought in another notable name with long-time NBCUniversal executive Adam Stotsky, who’s joining the company as president. Here’s more on that from a release:

Beyond his leadership at the organization, Stotsky will be instrumental in driving growth strategies for Religion of Sports, as well as leading content (nonfiction, scripted and audio), audience development, talent management and brand partnership teams.

“Adam has an exceptional track record of growing and nurturing compelling, best-in-class media brands. His expertise will be instrumental as we scale the brand, diversify our offerings, and build a leading media company centered around the singular message of using sports to explore culture and human potential. We are delighted to have Adam on board,” said Sankaran.

…“What drew me to Religion of Sports is its unique point of view that pushes the boundaries of a traditional ‘sports doc’, leveraging sports as a way to explore and understand ourselves and society at large. These stories have the rare ability to resonate with audiences beyond the avid sports fan. I am honored to join this innovative team of talented storytellers, producers and directors, and extend the reach of Religion of Sports content across new verticals,” said Stotsky.

…“I first met Adam over a decade ago while we were both working in very different roles at very different companies. When we re-connected about a year ago and I listened to the amazing 20 year journey he’d been on at NBCUniversal and then contemplated where we were in our growth stage at ROS, it made all the sense in the world to lobby him to come aboard. Then a pandemic happened, but we survived and here we are – better and stronger – and with a real President as a part of our expanding enterprise. And away we go,” said Chopra.

Stotsky spent 19 years at NBCUniversal before leaving in September 2019, and held multiple interesting roles there. Some of those included serving as president of their E! Entertainment and Esquire Network media brands, leading the partnership with Hearst to launch Esquire Network, and serving as general manager of G4 Media. He also spent time as chief marketing officer for NBC Entertainment, and executive vice president of global brand strategy and market development at Syfy (which is when he first met Chopra, who was running Virgin Comics at that point). Before his work at NBCUniversal, he was a vice-president of marketing at Discovery Communications. He, Chopra, and Strahan had some interesting comments to Alex Weprin of The Hollywood Reporter on why there’s an opportunity for Religion of Sports right now:

“All these platforms, in order to acquire subscribers and deepen engagement with their audiences, are investing aggressively,” Stotsky says. “There is a huge market opportunity for us to take advantage of.”

…At Religion of Sports, execs are betting that their personal relationships — and personal experiences — can convince other athletes and talent to participate, and that buy-in from those athletes, who have included LeBron James, Usain Bolt and Simone Biles, is a differentiating factor. “It’s a really, really noisy marketplace,” says Chopra. “You can create great content, a lot of people do, and it never really resonates. If you don’t have Michael Jordan on ESPN to cut through, it is really difficult to get noticed.”

…Strahan says that convincing athletes to participate can be a “delicate balance.”

Religion of Sports has certainly convinced plenty of top athletes to work with them, from Brady to Steph Curry to Simone Biles, and much of what they’ve produced has been pretty interesting. A risk with series so athlete-focused, and with that emphasis on trust, is that they could come across as bland and non-controversial. But many of the RoS series so far have gone beyond that; they’re definitely from the athlete’s perspective, but they’re not shying away from conflict and emotion. The Stephen vs The Game finale illustrated that with its takes on media criticism, and a recent example comes from Simone vs Herself, which Chopra discussed on Twitter Tuesday:

We’re used to seeing athletes performing, training, and preparing, but sometimes the most important things to an athletes’ success are far from sports. For Simone, it is apparent that family is everything and she keeps her loved ones close to her heart.

Despite the obstacles Simone faced early in her childhood, nothing could take the happiness and joy that she spread to all those around her. #vsonwatch @tombrady @michaelstrahan @religionofsport

We’ll see where Religion of Sports goes from here, and what Stotsky brings to the company.