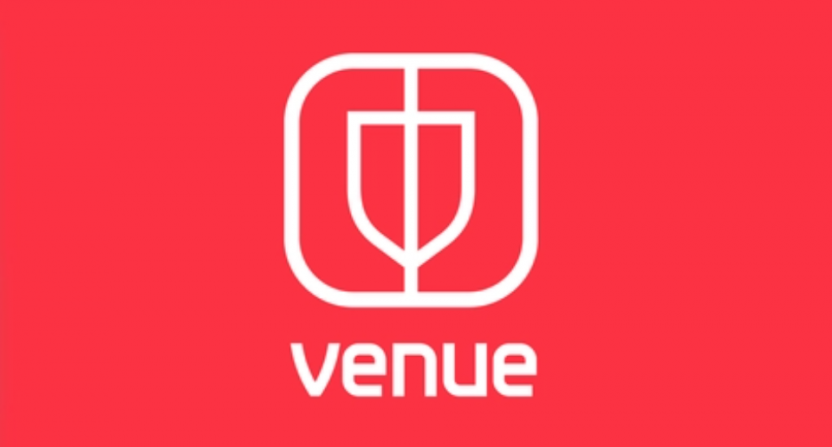 Twitter has long been the “second screen” for people wanting to interact with fellow fans and viewers while watching live sporting events, TV shows, and functions like awards shows. (Or news events, such as the protests over George Lloyd’s murder taking place in cities throughout the country during the weekend.) Facebook wants to change that.

The social media platform and tech company launched a new app on Sunday called Venue, which intends to create a different second-screen experience hosted by commentators that will help lead discussion occurring during a live event. Those commentators could be current or former athletes, journalists, TV personalities, and maybe analysts who have established themselves online through websites and social media.

Commentators will also incorporate polls and interactive questions for users during an event in addition to shorter focused chats for specific moments that occur.

Venue launched Sunday during NASCAR’s Supermarket Heroes 500, with the event or “venue” hosted by social media personality nascarcasm. According to TechCrunch, Venue will host more fan experiences for NASCAR races with other commentators like Fox Sports reporter Alan Cavanna and driver Landon Cassill.

NASCAR is Venue’s first official sports partnership, but plans to expand to other live events when available. If and when the NBA, NHL, MLS, and MLB return, Venue will presumably have events planned around live games, but such partnerships have not yet been announced. 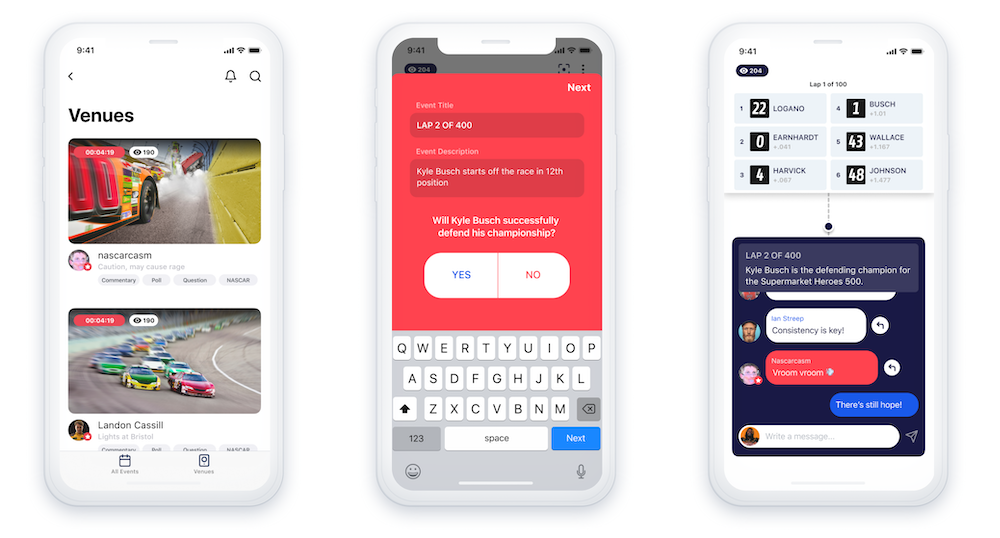 With the events on Venue hosted by commentators, it doesn’t appear that users will be able to create conversations on their own like they can on Twitter. From Facebook’s official announcement:

“Live broadcasts still offer the rare opportunity for millions of people to consume content simultaneously. Despite drawing large concurrent viewership, live broadcasts are still a mostly solo viewing experience. Passionate fans are constantly seeking better ways to engage with other fans and experts around their favorite events. Venue aims to give fans an interactive second screen experience, curated by experts and centered on the pivotal moments of their favorite events.”

Doesn’t creating pre-planned events or telling users when there’s a “moment” hosted by commentators and experts take away from the organic experiences that can develop when people discover others watching a particular event through hashtags and searches?

Remember when the first Sharknado movie surprisingly became a thing on Twitter when it premiered in 2013? Nobody knew in advance that a cheesy TV movie about shark-filled tornadoes would take over social media on a Sunday night.

What makes Twitter such an engaging and fun second-screen experience is interacting with fellow fans, much like you would if attending an event or watching among friends at home. Viewers control how they participate in the conversation.

Having someone host and lead the discussion doesn’t seem all that different from watching the game on television (or maybe a live chat as you’d see on YouTube or Twitch) with the network and broadcasters controlling what you see and possibly influencing your view of the event taking place.

Venue is currently available on iOS and Android platforms.