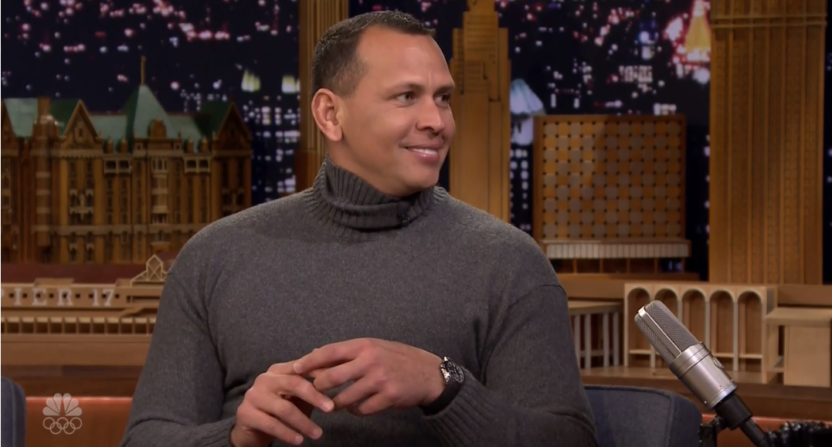 Agents standing up for their players after media criticism isn’t new, but it’s a little more unusual to hear an agent rip a broadcaster in the terms Joel Wolfe did Monday. Wolfe is the co-managing executive of Wasserman’s baseball division and the agent for Chicago Cubs’ pitcher Yu Darvish, and he went in hard on ESPN/Fox analyst Alex Rodriguez in comments to Patrick Mooney of The Athletic Chicago. Those comments came after the Cubs’ appearance on ESPN’s Sunday Night Baseball, where A-Rod blasted Darvish for…staying with the team during his rehab?

Here's Alex Rodriguez making shit up about Yu Darvish and the Cubs. pic.twitter.com/3KmUyCc6Nu

“It’s been a very sobering year with the debacle of the start of Yu Darvish, who’s been devastating. I mean, a guy to start a six-year contract with three of the worst months you could ever see. I know he threw a 10-pitch bullpen, then a 16-pitch bullpen, and then he said his arm was hurting. It’s gotten so bad around – now they won’t say this publicly – but it’s gotten so bad that they let him basically police and take control of his own rehab, which is scary, because they don’t want to create anything that he can kind of push back against.

“So he’ll let the team know when he’s ready, which, let me just tell you what that means to a clubhouse. You lose respect quickly. And my concern for him – because he’s a great young talent – is it may take two or three or four years and you may never get that back. The other side of that is Chatwood, Tyler, who’s actually struggled, but has gone out there, he’s posted.”

After fellow analyst Jessica Mendoza praised Chatwood, Rodriguez went back to his Darvish-bashing, including takes on Darvish rehabbing with the team (at their newly-built clubhouse facilities, designed for just that purpose) instead of by himself:

“Exactly, Jess, [Chatwood] gets beat down but gets back up. He takes a punch and gets back up. And you’ll never see players complain or whine about a guy like that. They actually back him. So this is an issue that, if you’re Cubs Nation, you have to watch the Yu Darvish development because it’s not good inside that clubhouse right now.”

“And when you have a guy that signs an enormous contract and he’s sitting down – and you walk in the training room, and he’s got two trainers working on him, you go into the video room and you have a guy looking at video – he should be in Arizona somewhere getting treated. But don’t get in the way of 25 players going after one mission – to win a ballgame.”

Well, that’s certainly a lot of criticism for a player, and not for any real apparent reason. And Cubs’ manager Joe Maddon wasn’t happy about it afterwards, as Mark Gonzales of The Chicago Tribune writes:

“I totally disagree with that,” said Maddon, who was unaware of Rodriguez’s comments until they were relayed by a reporter. “Everyone knows what’s going on. We know there is an injury there. We support his recovery. Everybody in there knows and everyone in the coaches’ room knows also, throughout the organization.

“It’s unfortunate that it was relayed that way, but it’s not true.”

But Wolfe took it perhaps to even another level with his comments to Mooney:

“If this story had come from a credible journalist, we might have shown some concern,” said Wolfe. “But it came from A-Rod, so we’re paying it little attention.”

…”I think it was classless and bordered on unprofessional to take a little nugget of somewhat exaggerated information from one person that maybe he had history with and turning that into a spokesman for the entire team.”

“Joe Maddon cleared that up afterwards. [A-Rod’s] attacking a player who is injured and on the disabled list, which is difficult for any player, especially one who has a big contract and is in his first year [with a new team]. Imagine how difficult it is for Darvish. But then also attacking him for staying with the team?”

“During A-Rod’s absurd comments, the video shows that Darvish was right there on the top step in the dugout cheering on his teammates, which is what you want from somebody like that. He wasn’t hiding out in Mesa at the spring-training complex or back home like A-Rod was when he was suspended.”

That’s some fire. And it’s interesting to see Wolfe bringing up Rodriguez’s own history as a player; that’s something we might see from more people who object to Rodriguez’s on-air takes. He certainly made plenty of people mad with this one.