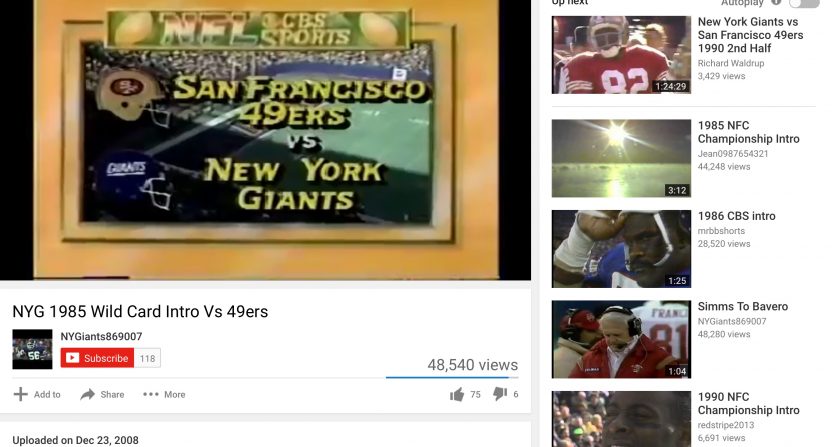 Count YouTube as the latest entry in the online streaming service wars. Joining a field that includes DirecTV Now, Hulu, PlayStation Vue and Sling TV, YouTube will unveil its service today at a press event in New York.

The service which has been known for streaming cat videos, late night TV clips and holding a vast archives of sports videos will

We told you last summer that ABC, CBS and ESPN are expected to new part of the new service. When the new service is unveiled, we’ll find out what other networks will be carried. One of the issues with the online skinny bundles is that not all channels are available due to various agreements.

CBS and NFL Network aren’t part of DirecTV Now. Other services have similar holes. So we’ll see what networks will be on YouTube when it finally launches. YouTube is hoping it can appeal to those cable subscribers who have cut the cord.

Earlier this week, YouTube announced that people around the world watch 1 billion hours of videos on the site every day so it’s hoping that if it has a TV service, people will stay even longer.

In late 2015, YouTube introduced “YouTube Red,” a subscription service that eliminates ads at the beginning of each clip, has original content and extra music, but owner Google has not released subscription numbers so we don’t know how well it’s doing.

If YouTube can get networks on board its new streaming service, have content like live sports that can attract subscribers, then it may have a model that the other services may have to match. However, if it struggles with bandwidth and has blackout problems that have plagued the others like DirecTV Now, then it may be just another in the pack of online programs that have launched, but can’t catch on with subscribers.

We’ll see what YouTube will bring to the table.