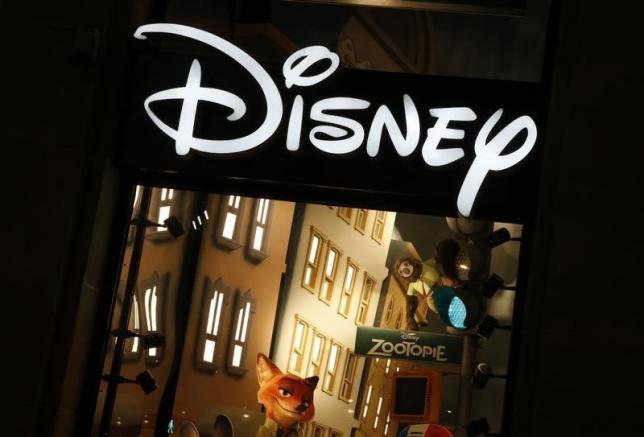 The deal that brought Disney from 33% to a majority 75% ownership stake in BAMTech has shaken several worlds, entertainment, sports and tech. The fact that Disney will pay $1.58 billion to acquire an additional 42% in BAMTech makes it a player in over the top video streaming and the infrastructure to do it.

With sports and movies, Disney will have two products that join a crowded marketplace full of streaming services. But they’ll have content from sports and entertainment that will be tough to match by other channels.

Let’s take a look at the winners and losers of the Disney/BAMTech deals.

DISNEY — Of course. Pending approval by the Feds, Disney will have control of a huge cash cow and this will bring the huge conglomerate some much needed revenue. At a time when Disney’s TV assets are not bringing in as much money as in the past, BAMTech will more than make up for for what the TV properties have lost. It will also have control of a company that houses several streaming platforms.

ESPN — Now with a standalone product launching next year, the Worldwide Leader will offer a platform for cord cutters. This will not be the linear ESPN that is offered through WatchESPN, but a different service. It will offer regional, national and international events including MLB, MLS, NHL, Grand Slam tennis tournaments and college sports. This will not have Monday Night Football, but will be the next best thing for cord cutters. The price has not been determined, but this is a big win for ESPN.

MLB — With Disney investing in the MLB Advanced Media product, Major League Baseball gets a huge influx of cash. And it will continue to work with Disney in developing new technology for BAMTech. Plus ESPN will offer MLB.TV subscriptions in the new standalone product.

NHL — ESPN and the NHL? We’ve covered the relationship or lack thereof between ESPN and NHL over the last ten years. But here they are together again at least on the streaming service. And thanks to MLB running the NHL’s streaming product, ESPN will offer NHL.TV subscriptions as an add-on.

MLS — Back in 2014 when ESPN and Fox signed a long-term deal for MLS, part of the contract had the Worldwide Leader taking over the league’s digital rights. It would have been a standalone product sold to cord cutters, but would have been free to authenticated cable and satellite subscribers using just their log-ins. But it never happened and MLS Live continued to live on. Now ESPN will offer this product as an extra add-on to its service.

MLB and NHL owners — Oh, how the rich get richer. Teams will get more money thanks to this deal and more exposure on a new platform. The money from the subscriptions will be distributed throughout both leagues and owners love money. We can’t forget the investment MLB owners made in BAMTech when it was originally developed. They are smiling today.

Cable and satellite subscribers — Huh? Isn’t this product for cord cutters? Yes it is, but for those who haven’t cut the cord will be able to access this new standalone product as it will be offered to the pay TV providers. So if you still have a cable or satellite subscription (*raises hand*), all you’ll need is your authenticated log-in to access the service.

Niche sports — With the new service, they get some exposure and if they get an audience, they could move to the ESPN mothership.

Netflix — This is the obvious loser. Disney will pull its movies from the streaming service in 2019 so if you haven’t seen Moana or Finding Dory, do it now before they disappear from Netflix. Now Disney and Pixar movies are going to be on the Disney streaming service along with content from the Disney Channel, Disney Junior and Disney XD TV platforms. There’s no word about the Star Wars movies or other movies that Disney distributes and produces under other brands. The Star Wars movies produced by Disney may be put on another service or possibly stay with Netflix. We shall see.

The CBS Sports news streaming service — You remember this? CBS announced this the day before Disney made its BAMTech deal. And while this may be a game changer as far as providing sports news and highlights is concerned, all the buzz about this service is gone thanks to Disney’s announcement about ESPN’s new standalone service. However, CBS has its own agenda in this hunt and it’s not worried about competing with ESPN as we have seen with CBS Sports Network.

Facebook and Twitter –– Their hopes to make a splash in live sports streaming also takes a hit. While both have deals for MLB and Twitter has the NHL, it still won’t be in the same neighborhood as what ESPN’s service will provide.

Amazon — Can Amazon compete with this? Amazon has the NFL this season and the ESPN service won’t have Monday Night Football. Still ESPN has other sports and its inventory of live games really can’t be matched. Amazon would have to amass a slew of contracts to be able to come close to this. And while it has signed the ATP Tour in the UK, Amazon doesn’t have the contract here.

Fox/FS1 and NBC Sports Group — While they have their own streaming platforms, they don’t have the tonnage of sports that ESPN has. NBC has a subscription service in NBC Sports Gold that has cycling, the English Premier League, track and field and other sports, however, it’s not in the league as the new ESPN standalone service.

So as Disney/ESPN sneezes, the rest of the sports media and entertainment world catches a cold. This has ripple effects throughout the industry and we’ll see how the other networks respond to this.