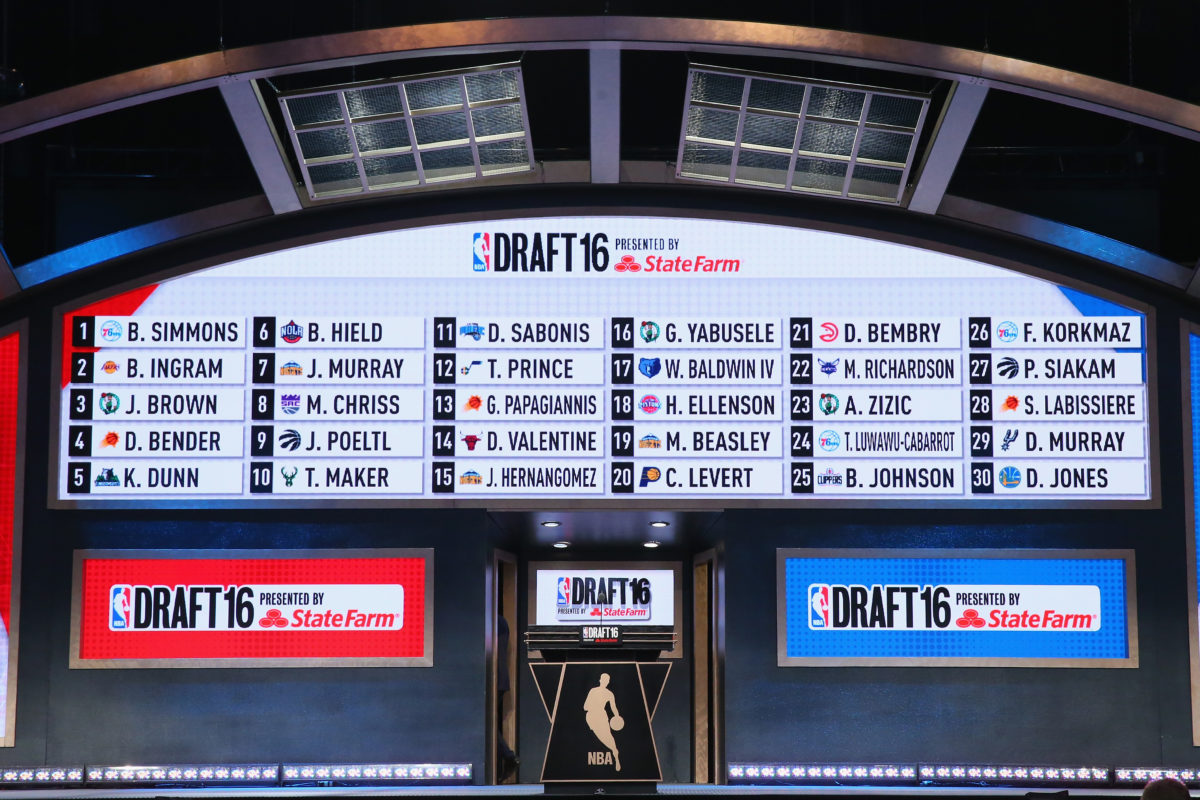 Before the NFL Draft in April, ESPN announced that its reporters would not be allowed to tweet first-round picks until after they’d aired on TV.

On Wednesday, a day before the NBA Draft, the network announced that it will, as usual, allow Marc Stein, Chad Ford and company to tip picks to their hearts desire.

There are no restrictions on ESPN NBA reporters for the NBA Draft. They can tweet out picks ahead of the TV broadcast.

What the difference for ESPN between the NBA Draft and the NFL Draft?

Though Woj will reportedly join ESPN after the draft, he still works at Yahoo for now, and he’ll presumably be sharing picks—on Twitter and on his live show—as soon as he knows them, which is usually long before commissioner Adam Silver steps to the podium. Last year, Woj proudly told Awful Announcing that, “If you’re watching our show, you’re going to be ahead. Our goal is to be breaking trades first and deals, and giving people a sense of what players are going to be picked where and why.”

In recent years, the ESPN and NFL Network have agreed to refrain from tweeting picks ahead of time, thus helping viewership for both of their broadcasts. But as far as the NBA Draft goes, Woj has no reason to consent to that kind of deal, meaning ESPN can either get beat on every pick by a competitor or join the pick-tipping game themselves.

For fans interested in finding out picks as soon as possible, it will be fun to watch Woj and Stein duke it out for what could be the last time. Stein, as well as Ford, was part of ESPN’s round of layoffs in April and will leave the network—to be more or less replaced by his rival—after the draft. Surely Stein would like to go out in a blaze of scoops, even if they’re the type that lasts only a few minutes.

Oh and for all the fans who will undoubtedly complain about knowing picks ahead of time, we have some simple advice: Stay off Twitter. It really won’t kill you. (Or just mute the top reporters. That works too.)