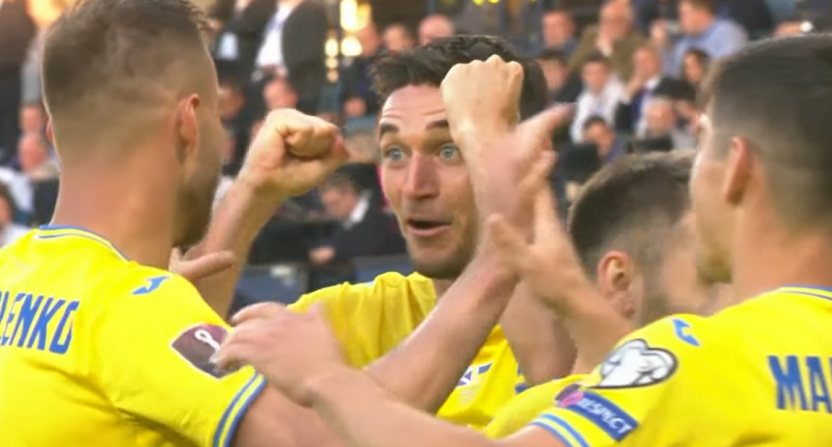 With Ukraine defeating Scotland 3-1 on Wednesday, they’ve put themselves one win away from qualification to the 2022 World Cup in Qatar.

Their victory was a highly emotional one, as you’d expect for a team of players wearing the colors of a country still facing an active invasion effort from Russia.

All that stands between Ukraine and qualification: Sunday’s last playoff, where a win against Wales would send Ukraine into Group B (and an opening game against the United States.)

Considering the gravity of that moment, and how it isn’t really an exaggeration to say the world will be watching, ESPN’s decision today to move the game from its original ESPN2 home to ESPN proper makes plenty of sense. Pregame will start at 11:30 AM Eastern, with kickoff set for noon.

From ESPN’s release, which includes shoulder programming and coverage plans:

Ukraine’s national football team had not played a competitive match since the war began on February 20 until Wednesday, June 1, when they defeated Scotland 3-1 at Glasgow’s Hampden Park. A win in Cardiff on Sunday against Wales will earn Ukraine the last and final spot from Europe in the 2022 FIFA World Cup from November 21 – December 18 in Qatar, and a spot in Group B alongside England, Iran, and the USA.

Due to the war, Ukraine’s premier league was suspended indefinitely, forcing the national team players to train at Slovenia’s national soccer center in Predoslje, outside Ljubljana. The Ukraine national team has become an inspiration to a country under siege in war.

Leading up to the Ukraine’s UEFA World Cup Qualifying Playoff matches on Wednesday and this Sunday, ESPN journalists been across Europe this week covering the Ukraine football story.

All credit to ESPN for this flexibility; no matter what happens with the match itself, there’s no doubt this is a story with enough interest to make this the logical choice.