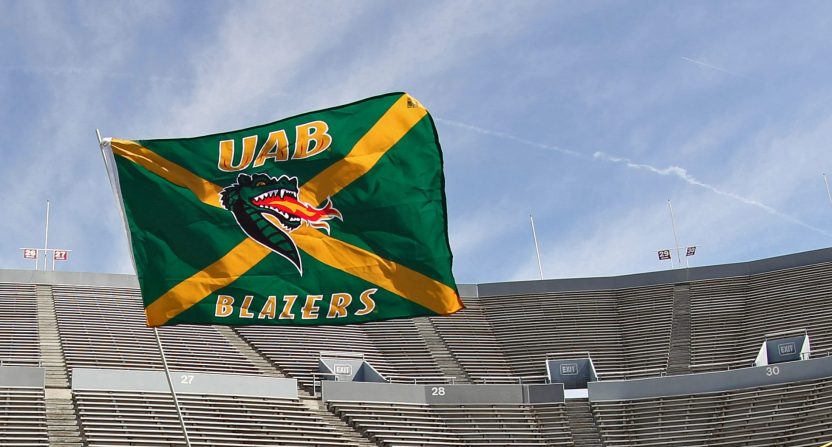 Just two days after his announcement as the Blazers‘ new coach, Dilfer has named Alex Mortensen as his offensive coordinator, according to a report from Dennis Dodd of CBS Sports.

Mortensen, the son of longtime ESPN NFL analyst Chris Mortensen, has served as an analyst with the Alabama Crimson Tide since 2014.

Alex Mortensen played quarterback at Arkansas and Samford, and has held assistant coaching positions at several stops, including a stint as an assistant with the St. Louis Rams (now Los Angeles Rams) in 2013.

Dilfer, a former ESPN analyst himself for many years before being let go in a cost-cutting move in 2017, is making his first foray into the college football coaching ranks. He has spent the past four years as head coach at Lipscomb Academy in Nashville, which he has turned into a national prep powerhouse.

“The most overrated person in building is the head coach, because he gets too much credit for the things other smart people do,” Dilfer said, per Dodd. “The greatest thing about the head coach is when he hires people that are smarter than him.”

Arthur spends his free time traveling around the U.S. to sporting events, state and national parks, and in search of great restaurants off the beaten path.

View all posts by Arthur Weinstein