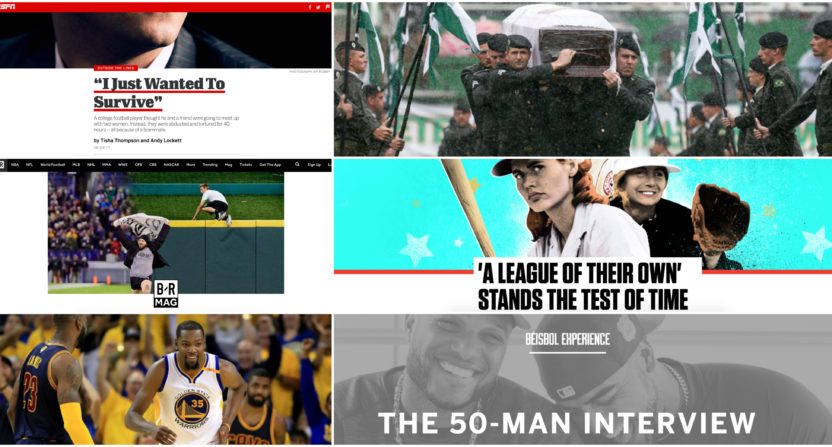 Quick disclaimer: Obviously I have not read all sportswriting of the past month or even all notable sportswriting, so it’s not only possible but also likely that I’m missing some really good stuff. With that in mind, don’t treat this feature as a comprehensive documentation of the month’s sportswriting. Think of it as a series of recommendations from a regular guy who likes to read.

OK, with that out of the way, let’s recap June in sportswriting.

Through her roles as a writer on ESPN.com and a reporter on ESPN baseball broadcasts, Marly Rivera has become the premier bilingual reporter covering a deeply bilingual sport. The month of June showcased why.

Rivera did the majority of the interviews on ESPN’s “Beisból Experience: The 50-Man Interview,” an ambitious project in which Latino Major Leaguers shared details of their lives in America. The feature—more than a year in the making, Rivera said—gave voice to dozens of players the public rarely hears from, making it a must-read for any baseball fan.

Latino players make up almost a third of all Major Leaguers and deserve to be heard as much as their English-speaking American counterparts. Rivera, more than anyone else in baseball media, is working to make sure they are.

‘A League of Their Own’ stands the test of time; by ESPNW Staff

Many publications sought to commemorate the 25-year-anniversary of “A League of Their Own,” but none did so as well as ESPNW, which told the film’s story through a full and thorough oral history. This piece has details of how ALOTO got green-lit, amusing stories from the set and powerful testimonial about the movie’s influence and legacy. This post concisely highlights why asking every new star to “save” baseball is so silly, calling back to the time Alex Rodriguez, for example, was the sport’s “Great Clean Hope.” The whole thing is forcefully written and quite insightful.

“The point, however, is not that we should be cynical and suspicious of everyone. The point is that we should not put people we do not know on such pedestals in the first place. Placing them there is an exercise in baseless hero creation and knocking them off — with disingenuous claims of personal betrayal — is an exercise in self-righteousness. It’s unfair to them and it’s, at best, naive of us. More often it comes off like cynically contrived theater.”

Away from the NFL spotlight, financial ruin drove Clinton Portis to the brink of murder; by Brian Burnsed, Sports Illustrated

This piece on ex-running back Clinton Portis was the most compelling of SI’s “Where are the Now?” features. Greg Bishop’s feature on Vince Young is also worth a read.

The newsy headline here belies how wrenching of a story this is. Ryan O’Callaghan spent decades closeted, with football the only thing keeping him from suicide, before he finally came out.

The transformation of Markelle Fultz; by Adam Himmelsbach, Boston Globe

Back when we all thought Markelle Fultz was headed to the Celtics, the Boston Globe ran this illuminating feature on him. Fultz could be around for quite a while, so it was interesting to get an idea of what makes him tick. 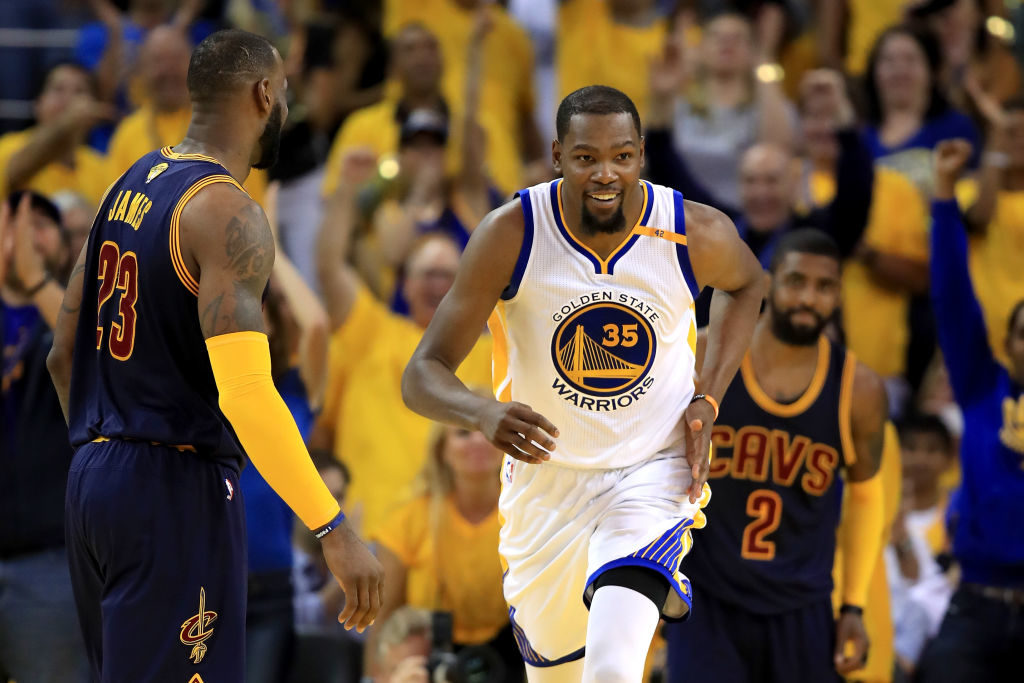 This pre-Finals profile of Kevin Durant sheds some light on how the Warriors superstar views the world and also reveals just how close he was to losing his career two and a half years ago.

He’s heating up, he’s on fire! Klay Thompson and the truth about the hot hand; by Tom Haberstroh, ESPN

To some fans, the “hot hand” is an obvious and undeniable part of sports. To others it’s evidence of an obvious statistical fallacy. And in Tom Haberstroh’s nuanced telling, it’s a little bit of both.

Census of an NFL roster; by Robert Klemko, The MMQB

Robert Klemko asked every player on the Denver Broncos’ roster a series of personal questions and reported the trends in their answers. The results were pretty fascinating.

This one was technically missed June by a day, but that’s close enough. This is an intimate and detail-rich profile of J.R. Smith that will give you a better understanding of the sometimes-enigmatic guard.

How streaking could change your life; by Lars Anderson, Bleacher Report

Lars Anderson turns streaking, of all things, into a human-interest story that’s alternately amusing and touching. Everything about this story is well done.

“I just wanted to survive”; by Tisha Thompson and Andy Lockett, ESPN

You will not read many pieces crazier than this, the story of two University of Rochester football players who were kidnapped and tortured as revenge for a teammate’s drug robbery. The whole thing is just absolutely insane. 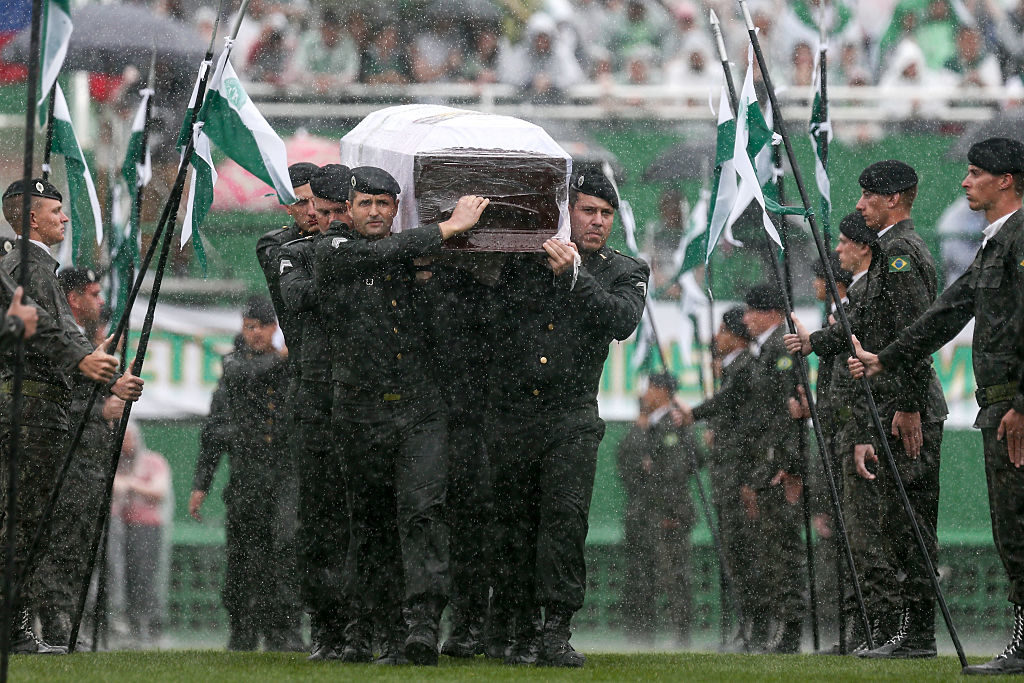 This was the best thing I read on the NBA Finals. It’s so well written and so rich with detail, offering fresh insights about Kevin Durant, one of the most highly covered athletes in the world. And oh by the way, it was published the night the Finals ended. Lee Jenkins is a sportswriting wizard.

Beisból Experience: The 50-man interview; by Marly Rivera and others, ESPN

This isn’t writing, per se, but it was one of the year’s most compelling pieces of sports journalism. As mentioned above, Marly Rivera and a cadre of ESPN colleagues give voice to the Latin American baseball players who often don’t get to share their stories. These interviews are funny, heart-breaking, uplifting and, above all, enlightening. It is an extremely cool project.

The unthinkable fate of Chapecoense; by Sam Borden, ESPN

This piece opens with a rain-soaked funeral and doesn’t get any cheerier from there. The crash of the Chapecoense team plane is one of the biggest tragedies in recent sports history, and Sam Borden does it justice with a gut-wrenching story.