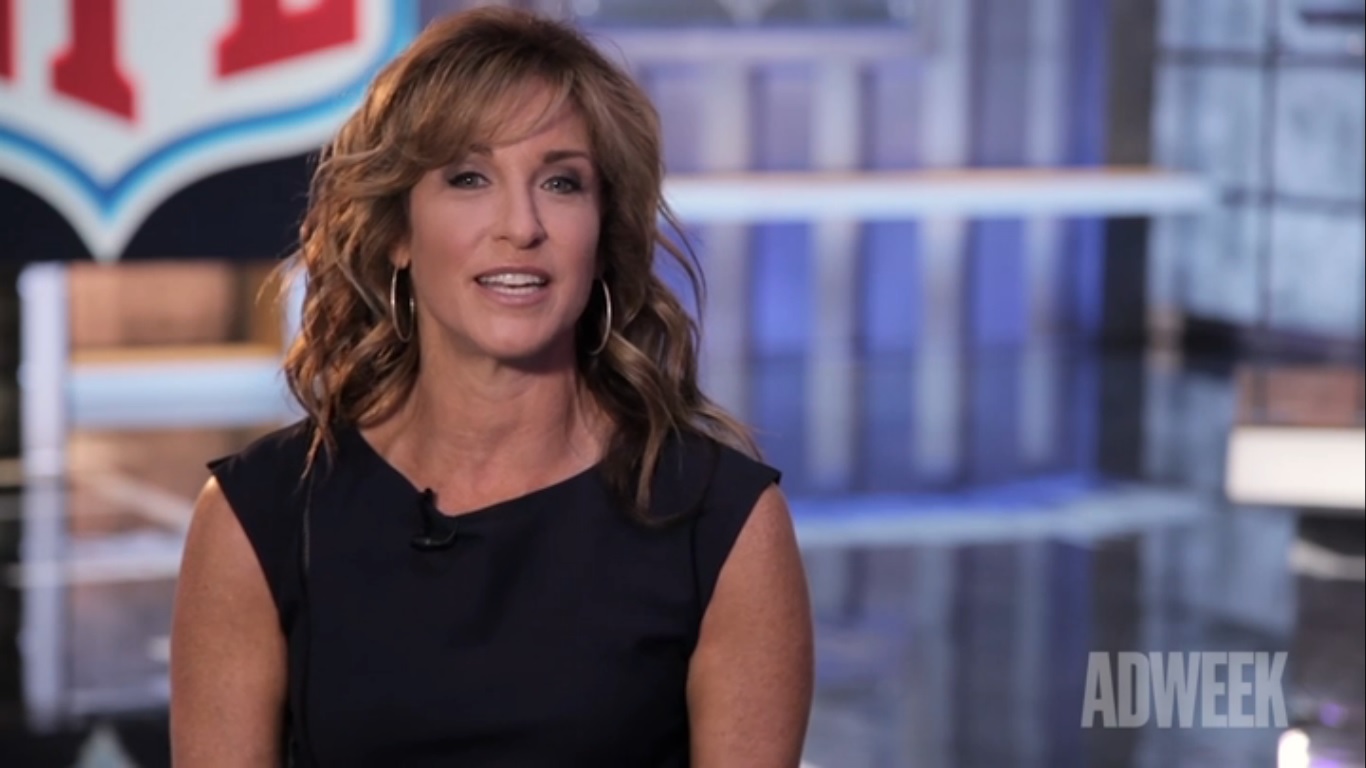 With Jon Gruden now gone and getting paid a disgusting amount of money to be the head coach of the Oakland Raiders, ESPN now has a vacancy to fill inside their Monday Night Football announcing booth.

Talk of potential candidates to replace Gruden in the booth has consisted of everyone from Peyton Manning to Tim Tebow to Bruce Arians. All would probably be fine choices to join Sean McDonough as part of the broadcast team, but there’s one aspect that each of the potential candidates share with one another.

All of them are men.

Now let’s not get all crazy and think this is about to be some super over-the-top, pro-feminist argument about how girls rule and boys drool. But it should not be that crazy of an idea to think that a woman could do a very good job as part of the Monday Night Football announce team.

Ratings for the weekly broadcast hit a 10-year low in 2017 as viewers felt their time was better spent doing something other than watching mid-November, sleep-inducing NFL matchups. ESPN clearly needs something to provide intrigue to Monday Night Football outside of the actual game and adding a woman to the booth could be just what the network needs.

If ESPN were to actually consider having a woman team with McDonough inside the announcing booth, who would be some of the network’s best options? 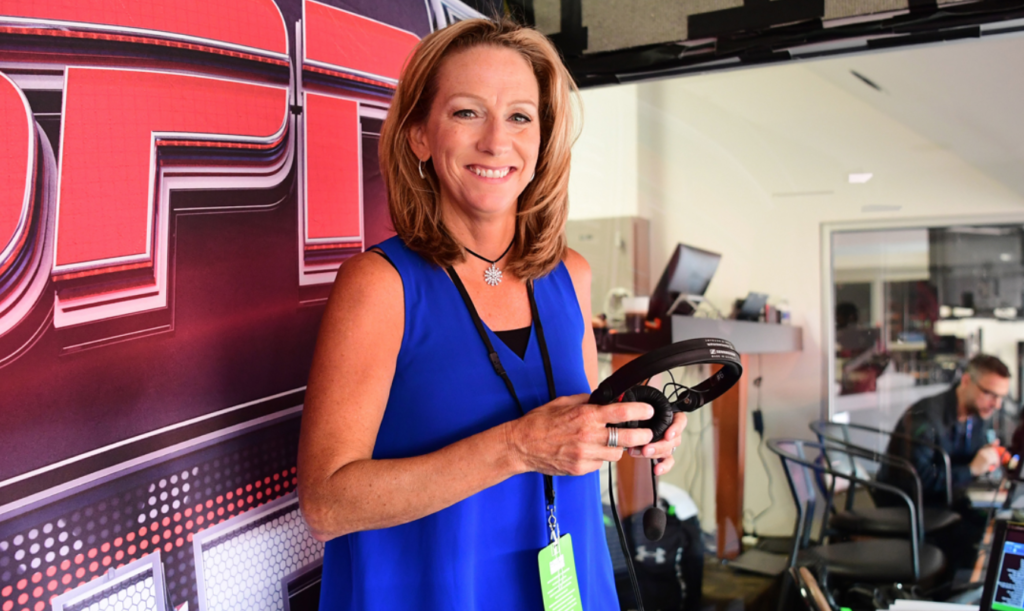 She actually has experience inside the Monday Night Football booth after becoming the first woman to ever be a part of the announcing team when she and Rex Ryan called the matchup between the Denver Broncos and Los Angeles Chargers way back in Week 1 of the 2017 NFL regular season. Mowins would be a solid choice, but being more of a play-by-play type broadcaster might make it hard for her and McDonough to form an entertaining chemistry.

Since re-joining ESPN in 1999, Kolber has become an important part of the network’s pro football coverage. She has hosted a number of NFL-related programs including NFL Matchup, NFL Live, NFL Insiders, and she has been the permanent host of Monday Night Countdown since 2015.

Since Kolber is on the road for every Monday night game already, why not just move her into the announcing booth? She would probably do great as long as ESPN doesn’t pair her with Joe Namath.

For the past six seasons, Salters has been one of the voices heard on each Monday Night Football broadcast as the sideline reporter. In addition to her work with the NFL, she has also spent time during her career reporting on everything from the NBA to college football to the FIFA World Cup to the O.J. Simpson murder trial.

Salters’ background in investigative reporting could allow her to take a unique approach to the broadcast than those who have come before her. 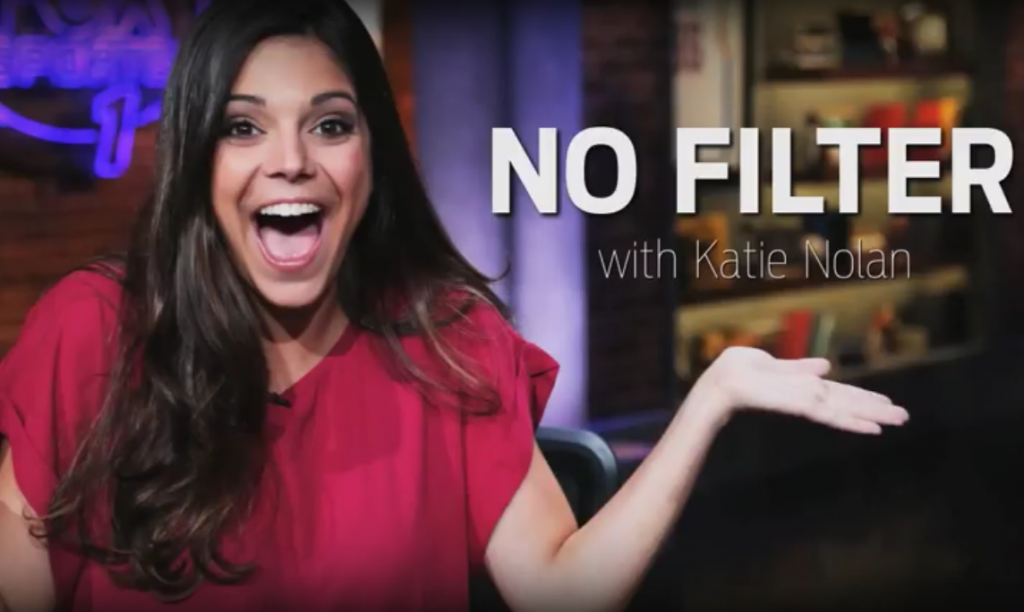 If ESPN is looking to add a woman who would boost the entertainment aspect of the MNF broadcast, Nolan would be a great choice.

She has barely been an ESPN employee (since October 2017) and has never been a part of an announcing team in her professional career. But based on the ability and personality shown on her previous projects, it’s hard to imagine her not doing well inside the MNF broadcast booth.

While being known mostly for her clever sense of humor, Nolan is also a huge sports fan. She would basically be the female-version of Tony Romo inside the announcing booth, minus the whole playing quarterback in the NFL thing.

Despite not currently being an ESPN employee, Tafoya could be someone that the network could lure away from her current position with NBC Sports if it meant she would be a part of the Monday Night Football announce team.

Unlike some of the other woman mentioned above, Tafoya actually has experience as a game commentator. Before joining NBC Sports as the sideline reporter for Sunday Night Football in 2011, some of her early career was spent doing play-by-play for the WNBA, Big Ten women’s basketball, and UNC-Charlotte men’s basketball.

Tafoya and ESPN are very familiar with each other as well, since she was employed by the network from 2000 to 2011.