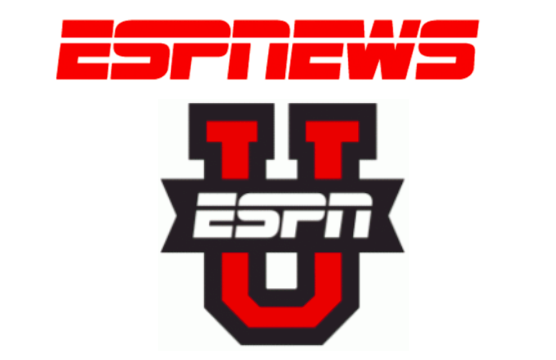 While it might be easy to think ESPN has become too big thanks to the dozens of layoffs for prominent on-air talent, perhaps the way forward for Bristol is to think bigger.

Two major developments from the ESPN layoffs are the impact on SportsCenter, which is the predominant programming for ESPNEWS, and ESPNU. Those networks should be under the microscope as ESPN looks to its future.

First for ESPNU, ESPN is moving its studio programming for its college sports channel from its Charlotte office back to Bristol. While the SEC Network programming and some production will remain in Charlotte, most of what you’ll see on ESPNU airwaves will resonate from Bristol. Several ESPNU on-air personalities were also involved in the recent round of layoffs.

The future of ESPNU should be something ESPN is seriously deliberating. The channel has gained significant increases in carriage in recent years, up to 69 million homes. And while the impact of layoffs might leave some wondering about ESPNU’s future, the bigger question is what ESPN can do with all of its college sports rights.

Although there were some fears over its future with ESPN’s budget cuts, President John Skipper has confirmed the network will launch in 2019. Combine all that ACC inventory with ESPN’s involvement in the SEC Network and Longhorn Network and there’s some dilution of rights that will naturally happen. Combined with ESPN’s decreasing share of Big Ten rights with Fox and ESPN has even less power five games for its main channels of ESPN, ESPN2, and ESPNU.

Will ESPNU have enough premier, attractive college games to justify its current strategy? Or will the network need to go to a deeper well of college sports rights and tap into some of its ESPN3 inventory online which features a ton of games from across the spectrum. (Seriously, go check it out some time just how much sports ESPN shows online from across college sports and international sports and it will make your head spin.)

Second, several SportsCenter anchors were also laid off by ESPN last month. Now, there is still a very robust depth chart of anchors that ESPN can use to staff on ESPNEWS and the remaining episodes on ESPN not dedicated to personalities like Scott Van Pelt and Jemele Hill and Michael Smith. However, if SportsCenter is a franchise in transition and deemphasizing highlights, how much sense does it make to have a network that was created to focus on highlights?

In fact, the SportsCenter episodes that were once on ESPNEWS all day long are already being minimalized. Today for instance, ESPNEWS will only air 3.5 hours of SportsCenter with most of the programming being replays of other ESPN studio shows and radio simulcasts. It’s really only “ESPNEWS” in name only at this point, so a rebrand makes a lot of sense.

For years now ESPNEWS has been showing live sports overflow from other ESPN networks. Especially during the college season, ESPNEWS features a multitude of games. ESPNU has also seen some interesting programming during special events. Just last weekend during the NFL Draft, ESPN aired a Wizards-Hawks playoff game on ESPNU because they needed to show two playoff games and the draft on the same night. ESPNEWS has also aired NBA playoff games in past years when Bristol was faced with a scheduling overload.

Taking into account the current sports media landscape, is it now time for ESPN to pull the trigger and recalibrate and rebrand these networks?

In all likelihood, an ESPN3 or even an ESPN4 television channel would be a lot more valuable to consumers and cable companies than ESPNEWS or ESPNU. Especially in the case of ESPNEWS, it’s an outdated name from a past time when people actually got news from television instead of their computer or smartphone.

What makes more sense for ESPN’s future – continuing forward with “U” and “NEWS” as is or taking a proactive step to increase the viability of both channels in a constantly changing environment? The value in being a sports network is live sports rights. The biggest thing working for ESPN, and the thing that will always secure its place as the unquestioned top dog in the industry (and maybe all of cable television) is live sports. It’s the games! It always has been and always will be. But it’s never been more important given how challenging the current climate is for ESPN and other sports networks.

It doesn’t take strenuous mental gymnastics to see a scenario where ESPN turns “U” and “NEWS” into ESPN3 and the ACC Network. The ideal scenario would be ESPNU becoming ESPN3 with its superior reach and carriage and eventually turning ESPNEWS into the ACC Network. That would give ESPN a head start on carriage negotiations for the new conference network that could potentially get contentious given the bearish sports market and a nationwide footprint. If ESPN really wanted to get aggressive, they could create an ESPN3 and ESPN4 and try to strike deals for a newly created ACC Network all on its own.

Does an ESPN4, halfway to the Ocho, sound a little crazy? Maybe so, but when you think about it ESPN already has seven channels – ESPN, ESPN2, ESPNU, ESPNEWS, ESPN Classic, SEC Network, Longhorn Network – and that’s not even counting what’s online or on subscription services. ESPN has way more than enough sports rights to go around and can stock an ESPN3 and even an ESPN4 with wall to wall live sports.

Imagine a future where ESPN3 shows not only college sports, but international sports like the World Darts Championship or Super 14 rugby (both of which ESPN has shown online). Yes, streaming rights are different than television rights, and this would be a serious rebrand, but think of all the possibilities. ESPN could send a message to FS1 and all their competitors that while things might not be as smooth as they’ve ever been, they’d be doubling their commitment to live sports and showing the world that they still intend to be known as the self-proclaimed worldwide leader. If ESPNU and ESPNEWS are going to show events like real live NBA Playoff games, they’re already acting as ESPN3 and ESPN4 as is.

Of course, it’s not just live sports. There could be 30 for 30 marathons, replays or simulcasts of the existing studio shows like we see now, and so much more. ESPN wants a future where their talent is more multi-faceted and able to check multiple boxes, so why not do the same thing with their programming? ESPN wouldn’t have to lessen their focus on college sports or news, but by opening up the gates to ESPN3… and maybe even ESPN4… they could give themselves more options for the future. And right now anything that can give the company more options should be strongly considered.