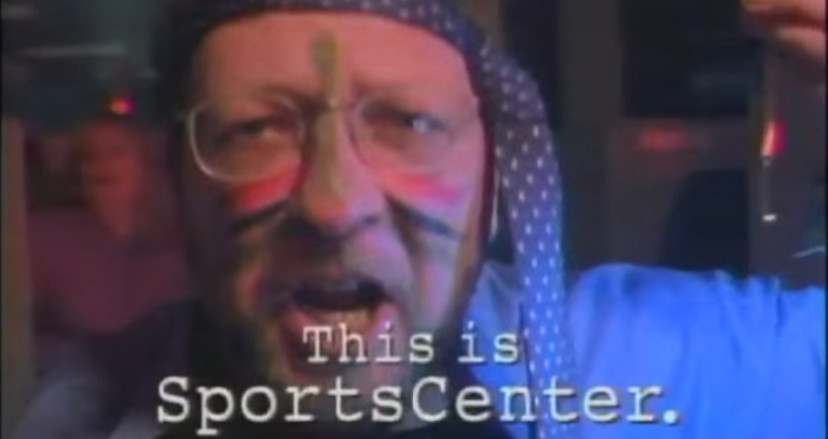 2020 marks the 25th anniversary of the famed This Is SportsCenter ESPN ad campaign, created in 1995 with ad agency Wieden+Kennedy. That firm parted ways with ESPN in January 2017 and signed on with Fox Sports, but ESPN has continued the This Is SportsCenter efforts in house since then, starting with some Aaron Judge spots in 2018 and proceeding through 12 new ads (featuring everyone from WWE’s Becky Lynch to golf’s Brooks Koepka to MLB’s Manny Machado) in 2019 for ESPN’s 40th anniversary. And now, they’ve announced that they’ll run three different specials Sunday looking back at some of the memorable This Is SportsCenter spots (there have been more than 400) over the years.

SportsCenter anchors Steve Levy and Elle Duncan will host the programs, guiding viewers through the history and memorable moments while also sharing some of their own TISC memories. The programs will have three different areas of focus:

Noon (ET) – The Best of This is SportsCenter: 25 Years and Counting

The one-hour program spans the best of TISC from its debut in 1995 all the way through the most recent batch of commercials in 2019.  With SportsCenter anchors starring in most TISC commercials, among show segments will be the Best of Stuart Scott, the Best of Scott Van Pelt and spots with other anchors including show hosts Levy and Duncan. The show also will trace the evolution of the SportsCenter studio and include a tour of the ESPN campus. .

1 p.m. – The Best of This is SportsCenter: The Superstars

Focusing on the scores of superstar athletes who have appeared in the TISC commercials, the one-hour program will have a “Best of the GOATS” segment with athletes such as Kobe Bryant, LeBron James, Serena Williams, Roger Federer, Tiger Woods and many more who are among the best ever in their sports.

2 p.m. – The Best of This is SportsCenter: Mascot Mayhem

From the Oregon Duck gazing forlornly at other ducks happily swimming outside its ESPN office window to the Rutgers Scarlet Knight being shoved in an ESPN hallway by WWE champion Becky Lynch, mascots have hilariously been part of TISC since the beginning. The 30-minute show remembers some of the best moments.

The This Is SportsCenter campaign is certainly iconic, and there have been a lot of great commercials there. Here are a few of those, starting with Charley Steiner’s “Follow me to freedom!” in a 1999 Y2K-themed ad (seen at top as well):

Here’s Stone Cold Steve Austin getting hit with a chair while studying:

And here’s Gordie Howe using some stickwork on Keith Olbermann:

When done well, these ads have been a lot of fun, showing off the lighter sides of ESPN broadcasters, athletes, and even mascots. And without a lot of live sports going on right now, airing some new specials focusing on them feels like as good of content as anything else ESPN could put in this slot.