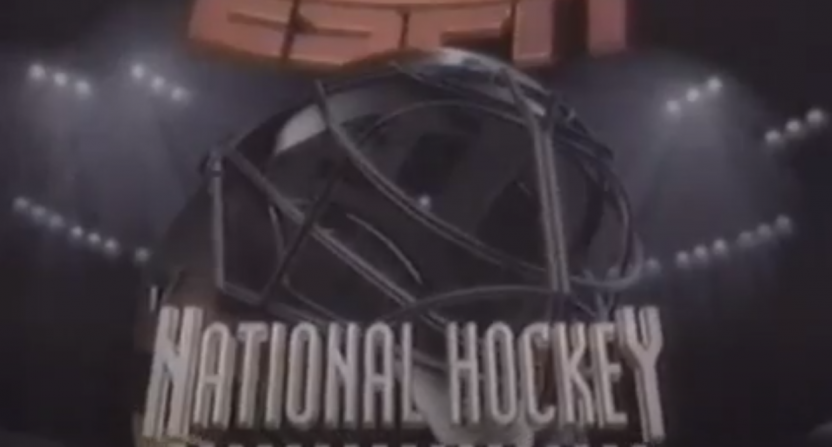 Die-hard hockey fans are as intense as any other sports fans, but hockey’s enduring challenge has been to escape the No. 4 spot among the North American professional team sports. No, the NHL won’t ever top the NFL or the NBA and has a ways of catching up to do to get in spitting distance of MLB, but the NHL might have received the boost it desperately needed to gain some of the vast distance between it and the big three.

The announcement of the NHL’s return to ESPN/ABC for a seven-year deal under the Disney umbrella, with the WorldWide Leader getting the preferred NHL television package instead of NBC, gives professional hockey a significant opportunity. We won’t know for a few years how important this deal truly is, but it at least gives the NHL a chance to meaningfully increase its profile.

I write this as someone who is not a die-hard hockey fan. I would consider myself a casual hockey watcher. I grew up in Phoenix, a non-hockey area in the United States (unlike the Upper Midwest or the Northeast). When the NHL Playoffs arrive, I love the supreme drama of overtime playoff hockey along with millions of other Americans.

Yet, it’s clear that the magnetic attraction of playoff hockey hasn’t translated into substantially increased cultural centrality in the United States. There are many different reasons for this, so no one should walk away thinking this is a simple and narrow problem. However, one core reason for hockey’s inability to gain improved traction in American markets is certainly the absence of ESPN game coverage over the past decade and a half.

Whether it surprises you or comes across as a natural reaction, I can tell you – as a casual hockey observer – that I myself got excited when the ESPN-NHL deal hit the headlines this week. I graduated from high school when the New York Rangers won the Stanley Cup in 1994. I remember Gary Thorne’s dramatic call of Mark Messier’s epic Game 6 performance against the New Jersey Devils in the Eastern Conference Final. I was in college in the mid-1990s, and I remember feeling energized by ESPN’s instantly recognizable NHL theme music plus Thorne’s emotional calls of big moments.

I’m hardly alone in this regard.

Consider this tweet. The person here is someone I correspond with on Twitter. He is under 40 years old, so when ESPN NHL coverage was flourishing in the late 1990s and early 2000s, he was going to school.

The ESPN era of NHL broadcasting resonates with him:

Hockey from 1994-2004 was the absolute best. Gary Thorne, ESPN and ABC Sports broadcasts, the epic Wings-Avalanche rivalry. That was the golden age of the NHL hockey for me. I followed it religiously growing up, and then stopped after the 2005 lockout. So much nostalgia.

Lots of people on my Twitter feed have voiced their enthusiasm about the prospect of ESPN/ABC covering the NHL again. It is a unique mix of nostalgia combined with a hunger for the product in the present moment, which sends the underlying message that the NHL on NBC wasn’t achieving cultural penetration in the country. There are more than a few TV viewers who watched hockey a lot more – regular season and playoffs – when ESPN was covering it. NBC didn’t retain a significant chunk of eyeballs.

Let’s keep in mind here that Mike “Doc” Emrick is a legendary hockey voice and an iconic broadcaster. Everyone respects Emrick and the thoughtful job he did  with the NHL on NBC (formerly the NHL on FOX). None of this diminishes anything he has achieved behind the microphone. Yet, the fact that so many Americans – younger Americans, to be more specific – want Gary Thorne back in an NHL booth shows how much of an imprint the ESPN hockey brand left on generations of American viewers.

Casual fans such as myself and die-hard hockey junkies both want it – it’s not one or the other. That in itself is a significant testament to the upside the NHL has if it can maximize the value of this ESPN reunion.

Let’s get into the deeper details of how this new deal could open new vistas of opportunity for the NHL.

One thing many sports fans complain about is that certain topics get discussed to no end on ESPN and its collection of talk shows, such as Giannis Antetokounmpo’s free-agent status or Dak Prescott’s contract negotiations (two topics which finally reached an organic endpoint in recent months due to their respective resolutions).

ESPN’s reunion with the NHL won’t necessarily put hockey front and center, but it will certainly put hockey back on the radar screen. Immersion in the daily news cycle and the daily flow of conversation on various shows and SportsCenter segments will drive a lot more viewers to the NHL on ESPN product. Start there.

It is easy to understand and identify how the continuous discussion of a sport on a high-profile platform improves that sport’s cultural centrality. Look no further than the NFL, which has been able to make itself an almost year-round discussion point, from the season to the combine to free agency to the draft to training camp. The NFL has its tentacles in 10 of the 12 months of the sports year. Mid-May through mid-July is the small two-month period in which the NFL isn’t a central talking point on ESPN.

What is harder to grasp is how the absence of discussion hurts a sport’s profile. The idea is understandable on the surface, but the point of emphasis to make is that the mind doesn’t emotionally register that a topic is being ignored; the mind and the emotions respond to what is being said on air. Hockey diehards know the sport has been black-holed to a certain extent with ESPN being shut out of TV coverage for a decade and a half, but casual fans either didn’t notice or – if they have – simply don’t care as much.

It must be said clearly and forcefully: It is hard to fully measure the damage done to hockey’s profile in the United States as a result of ESPN not giving the sport prominent air play and discussion for 16 years.

The Chicago Blackhawks and Los Angeles Kings won Stanley Cups in the ESPN exile period. The New York Rangers made a Stanley Cup Final in this same exile period. Imagine if ESPN had been able to amplify those championships and deep playoff runs from teams in major media markets.

All those missed conversations, those uncapitalized opportunities, those unpursued openings, all have a cumulative negative effect on a sport’s prominence and visibility. The viewer doesn’t see these things, but the added absences from the popular discourse about sports pile on top of each other.

Over 16 years, that’s an enormous amount of cultural real estate squandered. Now, the NHL might finally claw it back.

What is unresolved is exactly how ESPN will structure its broadcast crews. That said, if the network:

– hires Gary Thorne;
– leaves the ESPN musical theme untouched (which it will)
– incorporates hockey into its 30 for 30 shows and other enterprise platforms;

hockey could gain a noticeably improved profile in the United States.

The attempt to increase the national profile of the NHL would be built on a few central pillars:

-winning back the casual viewers who love the ESPN NHL franchise and stopped watching when NBC took over the NHL a decade and a half ago;
-introducing new fans to the ESPN NHL product;
-saturating ESPN programming – news/highlight shows, talk shows, and documentary/feature/storytelling vehicles – with NHL content

If ESPN takes care of its NHL brand the way it ought to, that’s an enormous forward step for professional hockey in the United States.

This tweet seems to indicate the network understands what it has to do:

ESPN rolled out a promo of the NHL’s return to the network and it’s honestly nothing short of glorious pic.twitter.com/q7t2f5wP8q

The NHL won’t suddenly become the hot item in American professional sports simply because it is on ESPN, but if the ESPN-NHL reunion is handled properly, pro hockey could enjoy a stronger cultural footing in the United States than many casual fans might currently be prepared to expect.

So, let’s hire Gary Thorne and go from there. Even a casual hockey watcher such as myself understands that much.