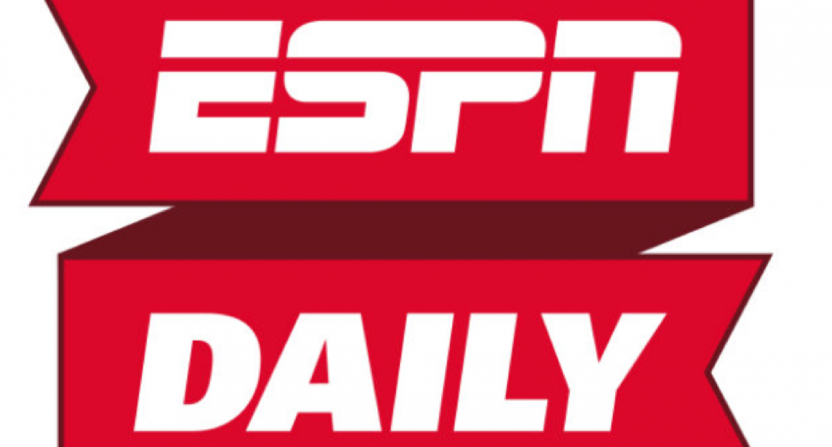 In what might be a win for your inbox capacity, ESPN will reportedly no longer be publishing their ESPN Daily newsletter.

Considering the rise of the newsletter as both a way for brands and legacy media companies to get to your inbox on a regular basis and as a way for independent media and journalists to create a revenue stream for themselves via premium options, it’s maybe a bit of a surprise to see a company like ESPN simply give up on their catch-all daily update missive.

John Ourand, reporting for Sports Business Daily, notes that the move won’t result in any job losses. He also offers the company reasoning, which does make a certain amount of sense:

ESPN is shutting down its ESPN Daily newsletter after nearly five years, with the final edition being sent out this morning. No one is losing their job because of the move, with most of the people involved with the newsletter moving to ESPN.com and the ESPN App. ESPN launched the free newsletter in the fall of ’16 as a way to deliver top headlines and buzzworthy moments — the culture of sports, ESPN called it — to subscribers. It’s not known how many people signed up for the newsletter.

Ultimately, ESPN decided that newsletters like ESPN Daily don’t work as well for a company that brings in such big digital audiences to its website and app, not to mention The ESPN Daily podcast, in addition to the amount of people ESPN reaches via Apple News, Google AMP and social media.

In theory, a newsletter from ESPN makes sense. In practice, though, it’s probably fairly redundant, because ESPN is big enough of a brand and ingrained in so many routines that visiting the site is already part of the daily (no pun intended) routine for a lot of readers. (When I worked a more traditional office job, that was certainly one of my main time-killing spots.)

That ESPN is not shutting down its other newsletters is a sign that they’re hoping for more of a targeted approach, while the general headline-filled morning update just wasn’t worth it when just visiting ESPN.com served mostly the same purpose. From a speculative standpoint, it’s also a sign that the total subscriber base for it might not have been huge; if it was massive, they might have elected to retool or rebrand rather than just give up the sign-ups altogether. (Again: pure speculation.)