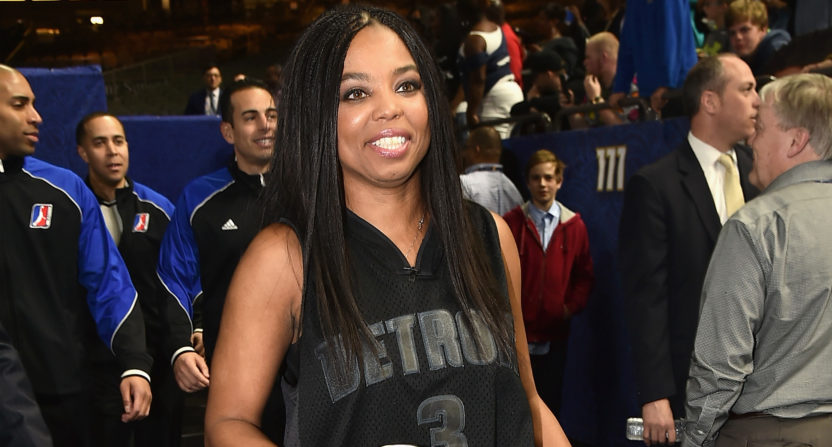 When ESPN suspended Jemele Hill for two weeks after she explored the idea of boycotting Dallas Cowboys sponsors, the network made clear that there’s a line its on-air personalities cannot cross when it comes to politics and social issues on social media.

The only problem is that no one quite knows where that line lies.

And so, just to be safe, agents are now telling their clients to avoid offering opinions on social media, according to Sports Business Journal.

“My advice to my clients who work for a content company is that social media is not the right area to voice opinions other than ones that you’re paid to give,” said Sandy Montag, president and CEO of The Montag Group, whose client list includes Bob Costas, James Brown, Mike Tirico and Scott Van Pelt.

Some agents who did not want to speak on the record expressed frustration at ESPN’s social media policy, which they called confusing. With President Trump increasingly tweeting about sports, they said the line between political and sports commentary has become too blurry.

“What makes this country great is that you have the right to speak your mind,” Montag said. “But you have to recognize that your platform on social media is partly because of your employer. Some fans believe that you are speaking for, say, ESPN.”

What sports commentators can and can’t post on social media has been a hot topic since ESPN reprimanded Hill last month for calling Donald Trump a white supremacist, leading to the White House suggesting the network fire her. Hill’s defenders argue that ESPN has always put her in position to offer her opinion, that sports and politics are increasingly intertwined and that she should be applauded for speaking her mind. Others suggest her job is sports and she should stick to it.

Regardless, the situation has caused just about everyone in sports media to question what they can get away with on Twitter.

Last week, the New York Times laid out guidelines for its reporters on social media, limiting how much they can tweet about potentially inflammatory subjects unrelated to their beats. It’s possible that other outlets, including ESPN, will follow suit, expressly informing employees what is and is not permissible. Until then (and likely beyond then), agents will caution their clients to play it safe, and some of those clients will get in trouble for violating an extremely hazy set of rules.