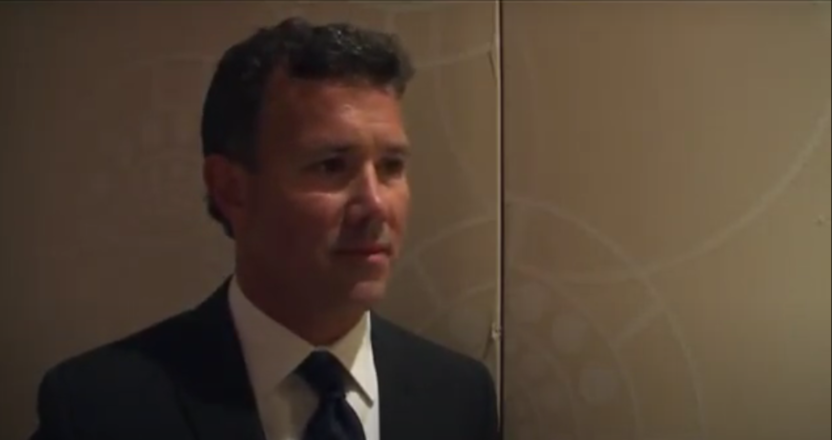 In sports in particular, the COVID-19 virus has drawn a lot of attention for immediate impacts (such as canceled games) and for procedural changes (such as to media restrictions). It’s occasionally seen coverage around deaths, including for media members, and it’s seen some coverage for those who have battled bad COVID symptoms during a normal infection period. But something that maybe deserves more attention is the plight of the COVID “long-haulers,” or, as per the CDC, those experiencing new, returning, or ongoing health problems four or more weeks after their first infection with the virus. And a new story from T.J. Quinn (an ESPN investigative reporter since 2007) is a remarkable look at this, as it not only covers the plight of Clemson defensive lineman Justin Foster, but compares it to the long-haul fight Quinn (seen above in 2013) has had with the virus.

There have previously been some stories of pro athletes battling long-haul COVID. Some of those include Red Sox pitcher Eduardo Rodriguez (who missed the entire 2020 season, but is back this year), New York Liberty guard Asia Durr (who missed the 2020 season and has missed the 2021 season to date), and Boston Celtics’ forward Jayson Tatum (who’s been battling breathing issues since contracting COVID in January, but has managed to play remarkably well despite that). But Foster’s story (which is partly included in that earlier Washington Post link) is remarkable, and what’s particularly notable about this ESPN piece is the overlap between interviewer and interviewee. In the vast majority of cases, sports media usually don’t have a lot of experiential crossover with the athletes they’re covering. But in this story, Quinn and Foster are going through many of the same things. Here are some illustrations of that from this piece:

From our first conversation, we connected about what it was like to suddenly no longer be yourself, and the constant self-doubt that came with it. If we can’t do the things we used to do, then who are we?

You spend your life running into limits and defining yourself by how you react to them. Then long-haul COVID hits you with limits that you don’t know how to deal with, or didn’t expect to deal with for years. And no one can tell you whether it will be one more week of this or the rest of your life.

…He says he’s ready to play, and his coach agrees, without hesitation. “He’s back,” Swinney says.

But Foster is still a long-hauler, still missing a sense of smell, still struck by occasional shortness of breath or pains in his chest, still prone to brain fog when he’s tired. Since COVID-19, he has intense reactions to any bug bites. Last week during practice, he started to feel lightheaded and his throat started to close. He used an EpiPen — one he’s carried since a pre-COVID allergy to bees — to make it stop. He and the medical staff couldn’t figure out if it was related to food or a bug bite, but Foster chalks it up to “the new normal.”

“When I get setbacks I stay positive about them,” he says. “It could be worse: I could not be playing. I could be struggling a lot worse than I am, but I keep getting better.”

…A year and a half after the long haul began, after wondering if this is what the rest of my life will be, “one more year” sounds like early parole. There are no promises. I still have days when I feel like hell, and I don’t know what to make of them. But I get up each day and check my blood pressure, I take my supplements, I eat my heart-healthy diet, I exercise when I can and I’m starting another course of steroids.

Quinn provides some other thoughtful illustrations of what he’s dealing with throughout that piece, including how he’s “learned to use outlines and checklists to do what I’d relied on my mind to do for 30 years” (in terms of keeping track on where pieces of a story are) and how he’s missed out on helping other ESPN colleagues the way he normally would just because he can’t remember what they discussed. And he also shows Foster’s struggle in going from someone who was always ready to practice to someone who just couldn’t physically meet those requirements. The comments Quinn shares from Clemson coach Dabo Swinney illustrate that, including “I just remember him coming to me and he just was kind of was broken down. He said, ‘Coach, I can’t do it.'”

On most levels, the people who report on high-level sports are not going to be in a similar situation to those who play those sports. That can be okay, especially if those reporters try to operate with at least somewhat of an understanding of what it’s like for the athletes they’re covering. And there are a whole lot of problems with an approach of “You have to have experienced this to cover it.” But it’s still remarkable to see how much is added to a story when it’s written by someone in similar circumstances to the story’s subject. And Quinn does a masterful job with this one; this is not him asking for sympathy, but rather him outlining what life’s been like for him around long-COVID, and outlining how it’s been for Foster in similar circumstances.

The main conclusion here is that both Quinn and Foster (who’s set to play for Clemson in the Tigers’ season-opener against Georgia Saturday) are doing better than they have been, and that there seem to be some good prospects ahead for both of them. But, beyond that,  this piece is worth a full read for an understanding of just how serious the consequences of this virus have been for many, whether they’re in the sports world or in the media. Yes, absolutely, there are many people who have been infected with COVID-19 and haven’t faced severe symptoms, and that’s great. But Quinn’s piece here is a thorough illustration of just how devastating this virus can be for some of those who have experienced it, and it’s a good thing to keep in mind as we go into another football season amidst surging COVID cases.