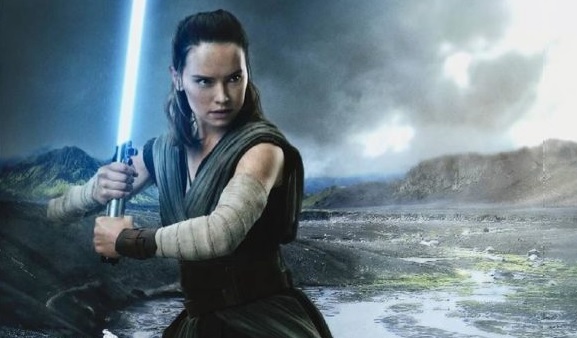 ESPN and Disney will once again take advantage of corporate synergy to benefit two of the company’s biggest properties. Lucasfilm announced that the new trailer for Star Wars: The Last Jedi would debut during halftime of the Monday Night Football broadcast for the Vikings-Bears game.

Clearly, Lucasfilm and Disney wanted to capitalize on the excitement of Mitchell Trubisky making his first start for the Bears on Monday night. Maybe Trubisky will channel any frustration over being upstaged by Star Wars to have a strong NFL debut.

Right after the trailer’s premiere, advance tickets will go on sale for The Last Jedi. Get ready for the sites where you normally purchase movie tickets to possibly crash shortly thereafter.

On Sunday morning, both ESPN and ABC teased the upcoming trailer’s premiere on Monday night during Sunday NFL Countdown and Good Morning America. (Interestingly, this news followed the debut of the new Justice League trailer and may have undercut that buzz a bit.) Each teaser featured a quick glimpse of new footage that will surely be in the full preview.

ESPN just aired another short tease for The Last Jedi Trailer. Guess this is happening all day. pic.twitter.com/THVZxPqGKF

This is the second time Disney has used ESPN’s NFL showcase to promote a Star Wars movie to an audience that might not normally follow such marketing. (Although the line between sports fans and geek audiences isn’t as pronounced as it may once have been. Nerd culture is pervasive.)

Two years ago at around the same time on the calendar, Disney showed a trailer for Star Wars: The Force Awakens during its MNF telecast of the Eagles-Giants game. That resulted in a 13 percent ratings increase for Monday Night Football that week, despite the actual football game being a snoozer. (The Giants beat the Eagles, 27-7.) As you might expect, ratings were highest during the telecast from 9:45 p.m. to 10 p.m. ET, when the Star Wars trailer was being shown.

Security for the trailer will surely be just as tight in the MNF production truck as it was two years ago. Only one representative kept possession of the trailer, and apparently no one in the truck was allowed to have their phones while the preview played. Additionally, all of the lines going to Bristol were encrypted.

The Force was very strong with Lucasfilm and Disney. Any leaks would likely have faced a Force Choke from Darth Vader. (Or maybe Kylo Ren, since we’re dealing with the newer Star Wars saga.)

Star Wars: The Last Jedi hits theaters on Dec. 15. Monday Night Football with the Vikings at the Bears kicks off at 8:30 p.m. ET on ESPN.