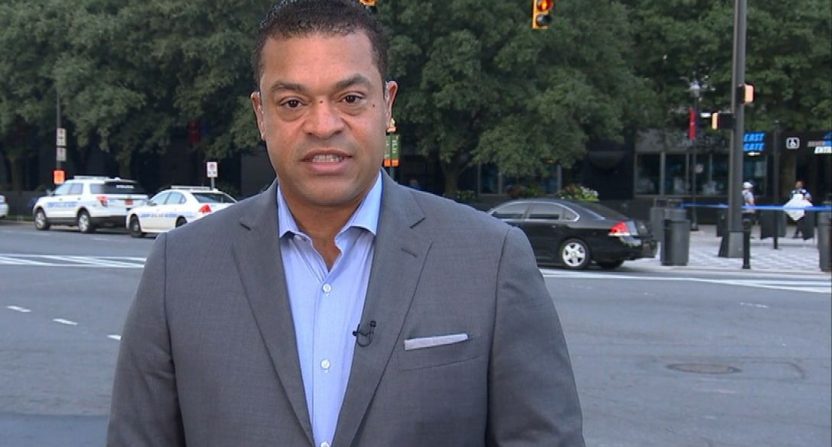 The rules of online spoiler etiquette varies a bit depending on the person. Unless you’re LeSean McCoy, nobody dared spoil Avengers: Endgame for over a week despite grossing nearly $2.5 billion so far. On the other hand, there are plenty of Game of Thrones spoilers on Twitter almost in real time to when the episode airs in the United States. It’s to the point where if you can’t watch along with everyone else, you better mute every word and character name you can think of or stay off social media until you can watch or else you’re going to know what happened.

It turns out nothing is safe from Game of Thrones spoilers, especially if you tuned into SportsCenter Sunday night. In introducing highlights for Game 7 of the 76ers-Raptors series, anchor Michael Eaves dropped a cryptic but notable spoiler from that night’s episode that premiered shortly before the broadcast.

East Coast viewers had already seen the episode so you can argue they were fair game to talk about what happened. The problem was that the West Coast didn’t get the episode yet and many were upset Eaves spoiled a pretty big part of the episode.

(This is the point where I reveal what Eaves said so if you haven’t seen this episode, just know that there will be spoilers.)

Eaves said something like, “Unlike the way Cersei went out, this game was anything but disappointing.” He wasn’t wrong but that was a pretty big spoiler.

Bruh.. 1) calm down.. 2) stop jumping to conclusions and just watch the damn episode.

What if Jamie got her to that dinghy and she sailed away? That would have been a disappointing way to go out too.

In Twitter replies to people who blamed him for spoiling the episode, Eaves argued that he wasn’t specific and never said Cersei died, keeping it vague enough that something else could have happened. If spoiling Game of Thrones was a crime, that would be a great defense to raise a reasonable doubt among a jury and Eaves would be found not guilty. Since that’s not the case and Game of Thrones has been killing off characters left and right, especially during this season, it’s safe to assume “went out” meant “killed.”

This is probably a warning to anyone who isn’t able to watch the final episode of Game of Thrones either due to having to watch it later or are unable to watch due to time zone, avoid SportsCenter this upcoming Sunday.