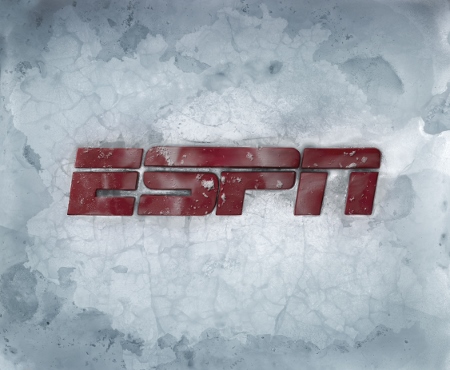 From a young age, I knew I was never going to be an athlete. So what does one do when they can’t play? They watch. And I did. Being a member of the chain crew for middle school football, I spent my less-than-flattering years handling stats for boys’ basketball in high school.

After graduating college with a Media Studies degree, I was beat reporting for a local minor hockey league, on-air sports trivia for a local morning sports show, and call screening. After realizing the uphill battle I was facing, I landed behind the scenes, spending most of my years in affiliate sales.

Being successful in this business is not easy. That’s an understatement. The amount of work it takes to be a reporter, a journalist, producer, etc. – you’re always trying to prove yourself. Fighting to just keep the job you have now, and still continue to try and move up. And the way that we consume our news today has only made it tougher.

Journalism has changed, to be painfully obvious. How many self-proclaimed “beat reporters” do you follow on Twitter? Content consumption has changed drastically because the demand has become so high for attention. There are going to be consequences – most of all, major layoffs like the ones we saw at ESPN this week. There are a few factors to blame.

Content Delivery
Let’s start with the way we get our content. We want it now; on our phones, on our computers, on the plane. Content creators/networks/studios have been able to do that for us, giving us everything on-demand.

What seems to have been lost along the way is the idea that the content that is so easily accessible should have a price tag that reflects that. Staying up to catch highlights on SportsCenter to see Russell Westbrook put up another triple-double? Not needed anymore. I’ll just log onto Twitter, unmute one of those Twitter trolls and get the clip, for free.

Production Costs
Entertainment content costs money to make. To produce. To film. To write. It’s an art form that we get lost in; get passionate about, feel like we are a part of it. Love does cost a thing — quite a few “things,” actually — to give you the warm fuzzies. Especially sports, where we have as fans a major investment in.

Feelings aside, the production costs alone are astronomical. $20,000-plus for one local professional sports broadcast, which doesn’t even include talent. How and why has it come to this?

Rights Fees
Beside the production economics are the rights fees. Early in 2016, ESPN and TNT retained the rights to carry NBA games through the 2024-2025 season. Reports say the deal’s value was at $2.66 billion per year, 2.8 times higher than the previous NBA deal. Biting off more than you can chew tends to make you choke. The idea that they can make it up off of subscriber fees is no longer a dependable business model. So, the fat has to be cut somewhere.

Speaking of subscriber fees…
Ranging from pennies to upward of $12 per subscriber for a regional sports network, sports/entertainment/name-your-topic networks set that price depending not only on what they paid for the rights of that content, but how much it will cost to maintain. It’s also determined by the television provider they are negotiating with, how many homes they serve and what other owned networks the affiliate carries.

Ratings
A big part of maintaining is channel placement and of course ratings. All content creators want to be in front of as many eyeballs as possible. More viewers equals more money. And each has requirements on where they want to be placed on your lineup. This is all negotiated between your television provider and the network providing the content.

Talent
Oh, and then there’s the entertainers – the athletes, the talent. They also need to get paid, and LeBron James and Steph Curry are among the most desired. LeBron opted out last year because of the new NBA television deal that was being negotiated to make more money (and “rest” apparently).

Once those deals are closed and rights are set, that’s when the money starts to trickle down from the networks paying the leagues/teams for those rights, to the television providers paying the networks, to you as a consumer paying your provider. When you stop paying, the subscriber loss starts, and so does the money flow.

What’s happening now is the pricing of the rights fees are only growing, consumers are ditching cable, and more television providers are either merging or going out of business. Networks and television providers assumed there was no ceiling when it comes to the amount to pay for this content. There was, and the layoffs are proof.

This is bad news for anyone trying to make a living in the sports entertainment business. Certain jobs like beat reporters, writers are no longer a necessity. Not only can you do more with less people, but quality is no longer top of mind either.

FOX regional sports networks laid off hundreds of freelancers not too long ago. Why? The RSNs aren’t modeled anymore to be a breaking news outlet. They are invested only in the teams they are partnered with, producing live games, and shelf-life stories. It’s efficient, cost-effective, and they serve their purpose. Hence, there’s no need for any extras.

I fear this is only the tip of the iceberg of what’s to come in the next decade. The cable bundle model has major flaws. It is now a thing of the past, and it makes more than enough sense that people should only pay for what they want. But if that happens, the quality starts to suffer. The cable model needs to be restructured, but so does the monopoly of rights fees, who owns the content, and the pricing.

Professional athletes will also have to take a hit too. And you, the consumer? You have to pay for what you want to watch! Besides other major life reasons, stop using your parents’ cable log in and get your own account. That is, after all, the only way this industry is going to stick around. And you do like sports, right?