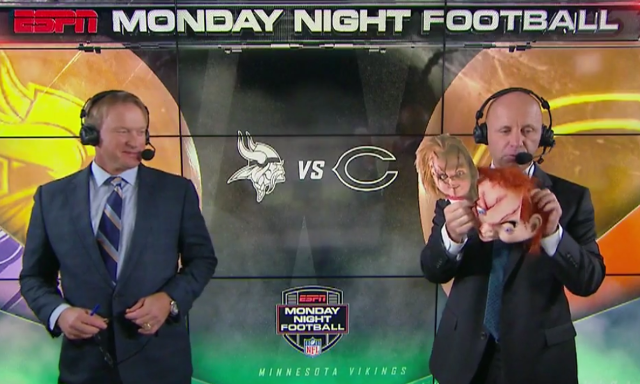 Jim Miller has made a cottage industry of being connected at ESPN. When he floats a hypothetical, there is meat behind it. Miller wrote a column for The Hollywood Reporter suggesting ESPN could drop Monday Night Football. He noted that, in a “dramatic judo move,” ESPN had removed language from its contracts requiring it to have the NFL.

ESPN giving up Monday Night Football feels counterintuitive. The network’s decisive advantage over its rivals is showing the NFL. The NFL is the leverage ESPN has to demand such high subscriber fees. The NFL’s importance to ESPN explains why it has de facto veto power over ESPN commentary and programming and why ESPN is paying nearly as much for one game per week as Fox and CBS pay combined for their Saturday packages.

But the cable model is changing. The sports fan base is fracturing. For the post-cable future, there is a case to be made for ESPN dropping Monday Night Football, becoming leaner, and investing money in different properties.

The cable model is breaking down. Fiber Internet will undercut cable’s infrastructure advantage. Streaming services such as YouTube TV can provide most of cable’s content now, including sports. Demand for that content is diminishing among young people. Culturally relevant shows for those in their 20s and 30s are on Netflix or HBO. Teenagers and younger don’t even watch “linear TV.”

You may be caught in a bundle now. If you move, there’s no reason to sign up again and again pay nearly $200 per month to have someone install a box for you to watch television. That’s why there’s the constant cable subscriber trickle.

The sports audience is fracturing. October, with every sport active, highlights this problem. But it’s impossible to follow everything. Even following one sport now at anything resembling a deep level requires a lifestyle commitment. College football Saturday has become college football five days per week. Even if you stick to the relevant games, it is still Thursday night, Friday night, and 14-hours plus on Saturday. A Top 25 game between Arizona and USC this Saturday kicks off at 10:45 pm ET.

Say that college football fan watches the NFL, the World Series, and maybe an EPL team. That accounts for almost every waking hour not spent working, sleeping, or performing ablutions. Good luck raising children, exercising, or pursuing non-sports watching interests. That’s before the fan remembers that the local NBA and NHL teams have started their regular season, college basketball is starting up soon, and the MLS playoffs are going on. Golf? Being a “sports fan” is too much effort.

Sports fandom will become a niche activity. We can presume there will be fewer sports fans (it’s not optimized entertainment for the 21st century). Those that still are will focus on a particular sport – college football, basketball, soccer – on a deep level. We may already have reached that point. National sports shows seldom discuss on-field sports beyond the NFL. There’s a reason the NBA gets disproportionate coverage on those shows. It generates non-sports story arcs. You don’t need to have watched an NBA game to talk LaVar Ball or what LeBron should do this summer. (Go to the Lakers, duh.)

Some of ESPN’s business will be chasing subscribers for their streaming service and trying to keep them year round. Those will be active, invested fans paying ESPN for specific content they want. Are people subscribing to ESPN year-round streaming for one NFL game per week that may/may not be good four months per year? Or, are they EPL and NHL fans who must have ESPN 9-10 months per year to watch their favorite sport?

There’s a case for getting the MNF money back and spending a substantial portion of it collecting niches and regular season sports. A few moves could see ESPN all but knock out CBS, NBC, and FS1 from televising major sports, but for a few one-off, infrequent events like the Olympics or the World Cup that don’t lend themselves to building a year-round subscriber base. 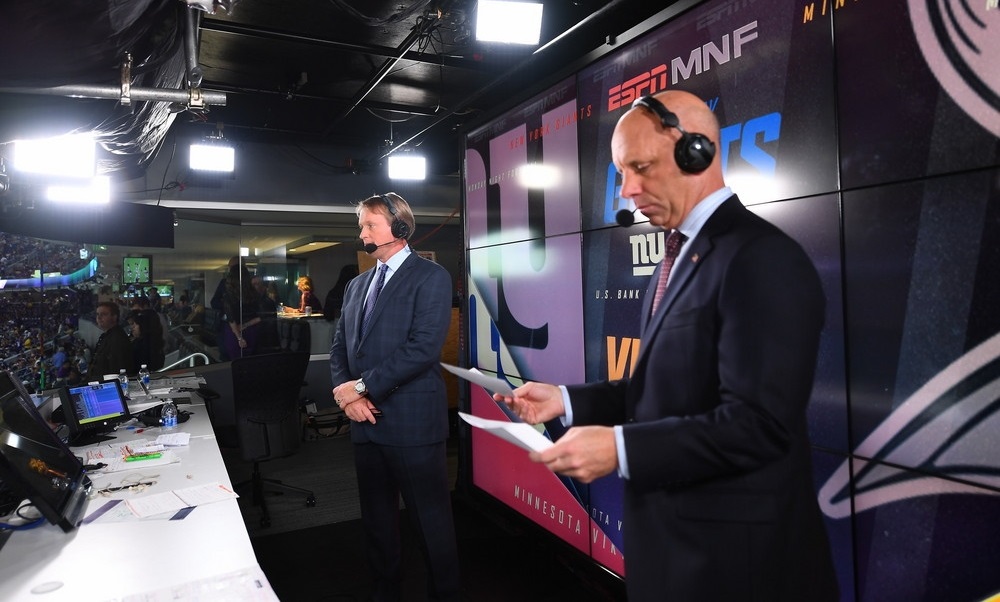 Of course, much of ESPN’s brand is tied up with the imprimatur of being an NFL partner. That’s a major selling point for leagues to sign up with ESPN and companies to advertise. Letting go of Monday Night Football, still the most prominent cable property, would be a major risk, the sort of risk you don’t take when you’re winning.

What would happen if Monday Night Football ended up on FS1? ESPN is the “Worldwide Leader in Sports,” except the two most significant worldwide sporting events on NBC and FOX, the most prominent domestic cable sports property on FS1, and the greatest college sports property on CBS/Turner.

Let’s say ESPN wanted the NFL rights, but didn’t want the NFL having all the leverage and using it to fleece them again. Or, maybe, ESPN just wants to pressure the NFL to give Monday Night Football more Cowboys and Patriots games. How would ESPN go about that? The first step would be to leak to a respected reporter that ESPN was considering backing out of the deal, which is quite lucrative for the NFL, and arguing it would not be suicidal.

There are few certain things with sports rights as we move forward and shed the last cable vestiges for the pure Internet marketplace. That process could be slow. It could be immediate. The financial ramifications are unclear. Amazon has dabbled in streaming football games. Do they want to commit billions to outbid ESPN in a rights deal and go into full-scale live sports production? There’s also the future of football itself to consider as traumatic brain injury research continues.

What’s clear right now is how much ESPN depends on the NFL. ESPN may not want the NFL to screw it over on rights fees again. ESPN without question wants better games for the amount it pays for Monday Night Football. It makes sense for ESPN to leverage a better deal and better games. Maybe ESPN even switches over to a cheaper Thursday package.

But if a substantial portion of ESPN’s business remains selling its content to other content portals, it’s hard to see ESPN dumping a prestigious and valuable NFL package and, perhaps more importantly, handing it over to a direct competitor.